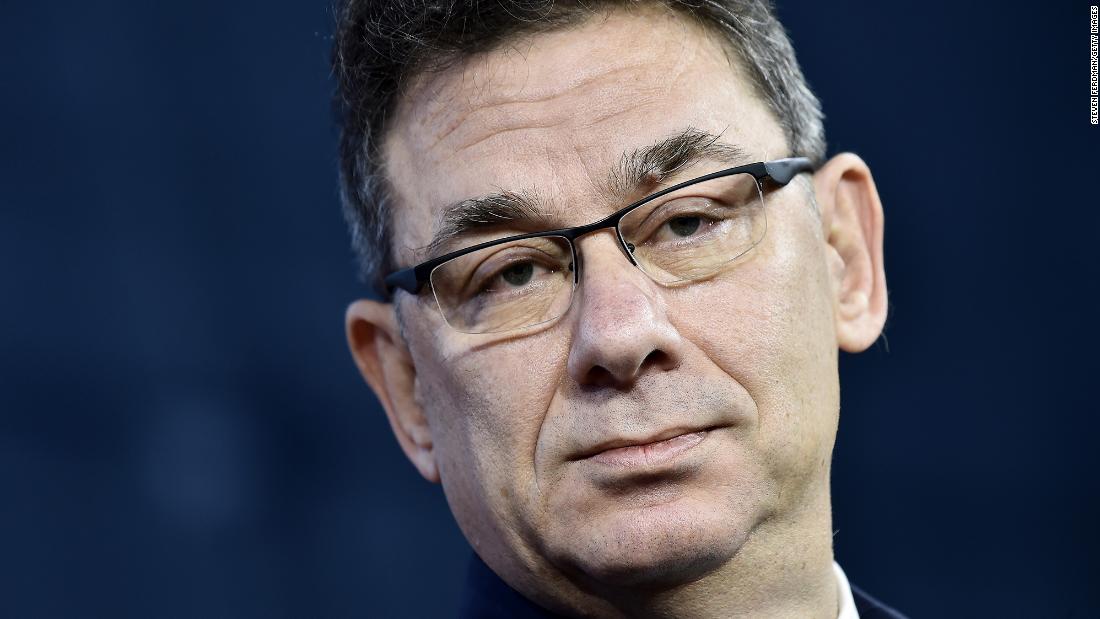 Pfizer CEO Albert Bourla filed to sell millions of dollars of his company's stock Monday - the day the pharmaceutical giant announced positive data about its coronavirus vaccine.
The company's shares soared after Pfizer and European drug company BioNTech said early data suggests the vaccine could be more than 90% effective.

The transaction was part of a regularly scheduled plan set up by Bourla to periodically sell some of his Pfizer shares.
Bourla sold 132,508 Pfizer (PFE) shares at a price of $41.94, according to a filing with the Securities and Exchange Commission. That works out to proceeds of nearly $5.6 million.

A Pfizer spokeswoman said in an email to CNN Business that the sale took place because Pfizer shares hit a predetermined price as part of a plan authorized by Bourla on August 19.

When asked if Pfizer and Bourla thought to cancel the stock sale due to the perception that Bourla might be cashing in on good news, the spokeswoman said that "these are predetermined plans managed through a third-party stock administrator."

Another Pfizer officer, executive vice president Sally Susman, also sold shares Monday as part of a prearranged plan. Susman sold 43,662 shares at the same $41.94 price that Bourla sold at, a transaction valued at more than $1.8 million.

Many executives sell stock at predetermined intervals to diversify their portfolios. But they can delay the sales to avoid appearances of capitalizing on one-off events that can boost company's shares.

Bouria told CNN's Sanjay Gupta that he learned of the trial's results Sunday, a day before they were made public.

Executives then sold tens of millions of dollars worth of Moderna shares before the company's stock price fizzled a week later.
Some former SEC officials called on Moderna to be investigated for potential illegal market manipulation.
#COVID  #COVID-19
Add Comment