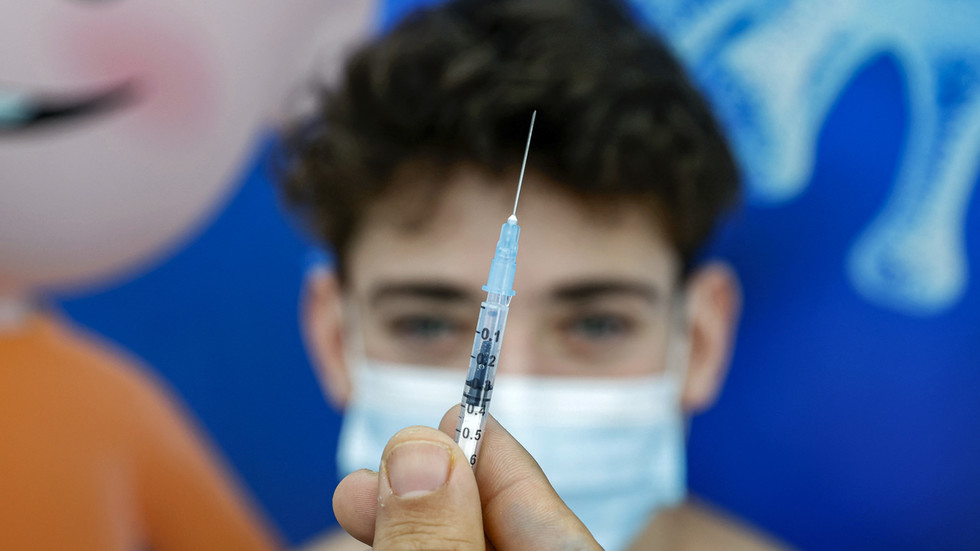 The UK’s Joint Committee on Vaccination and Immunisation (JCVI) has recommended that all 16 and 17 year olds be included in the country’s vaccine rollout, with adolescents soon to be offered their first dose of Pfizer’s jab.
The move to inoculate healthy teenagers aged 16 and 17 was announced by the JCVI on Wednesday, with the agency’s chairperson, Professor Wei Shen Lim, stating that the decision came “after carefully considering the latest data”.

“Advice on when to offer the second vaccine dose will come later,” he added.

Lim noted that while minors of that age bracket are more likely to experience mild symptoms or be asymptomatic if they contract Covid-19, the disease “can be very unpleasant for some”. The committee asserted that one shot will “provide good protection against severe illness and hospitalisation.”

The extension of the vaccination campaign to include those aged 16 and 17 means that some 1.4 million will soon be eligible to receive their first shot before returning to school in September.

Speaking during a press conference at Downing Street on Wednesday after the committee announcement, England’s Deputy Chief Medical Officer Jonathan Van-Tam said that “there is no time to waste” in inoculating older teens.

Currently, minors in the UK aged 12-to-15 years old can be vaccinated if they have a health condition that puts them at greater risk of serious Covid side effects, or if they live with someone at risk. However, Van-Tam said that it is “more than likely” that more children in this younger age bracket will soon be able to receive a Covid vaccination.

Britain has taken a more cautious approach to other countries in rolling out vaccines for its youth, citing previous concerns over a rare link between mRNA vaccines and heart inflammation. The US Centers for Disease Control and Prevention and the European Medicines Agency have both registered myocarditis and pericarditis as potential very rare side effects from mRNA vaccines produced by Pfizer and Moderna.

The UK joins the ranks of a growing number of European countries offering vaccinations to minors, including France and Denmark. Israel also offers Covid vaccines to children. China has been using its domestically produced Sinopharm vaccine on infants as young as three, and the United Arab Emirates recently decided to inoculate toddlers with the Sinopharm jab.
#Vaccines  #COVID-19  #vaccine  #Pfizer  #Covid
Add Comment