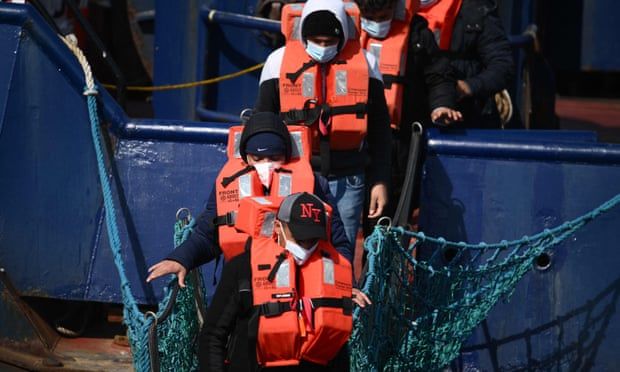 Headline grabbing policies such as sending asylum seekers to Rwanda to have their claims processed are failing to halt Channel crossings, which could double by the end of this year, according to a parliamentary report.

The home affairs select committee has published a damning and wide ranging report into the failures of Home Office asylum policies, including stopping refugees from crossing the Channel in small boats.

The report states that “quick-fix solutions” such as the controversial Home Office plans to send some asylum seekers who reach the UK to Rwanda to have their claims processed there, will not succeed.

“There is no magical single solution to dealing with irregular migration. Detailed, evidence driven, fully costed and fully tested policy initiatives are by far most likely to achieve sustainable, incremental change that deters journeys such as dangerous Channel crossings,” the report states.

Instead, the government is urged to consider the establishment of safe and legal routes for asylum seekers and to discuss with French partners the possibility of setting up asylum processing centres in northern France. It urges the Home Office to focus on incremental policies such as clearing the asylum backlog.

The report raises a number of concerns about the asylum system, including:

*  Large numbers of asylum seekers in Home Office accommodation for extended periods while they await a decision on their claims. In September 2021, there were 64,000, of whom 13,000 were in hotels.

*  Too few caseworkers to process claims – the target of having 1,000 caseworkers in post by April 2022 has been missed. There are currently 820 in post.

The report is particularly critical of the Home Office for making policy announcements before having all the details in place.

“There is a worrying trend in Home Office policy announcements being made before detailed policy has been worked through, tested and even agreed between government departments,” the report states.

Particular concern is raised about the treatment of unaccompanied asylum-seeker children. The report urges the Home Office to prioritise their asylum claims – the average waiting time for them to have their claims processed is 550 days. Some have been wrongly classified as adults and placed in immigration detention centres, while others have vanished from hotels.

Publishing the report, the chair of the home affairs select committee, Dame Diana Johnson, said: “It is clear that the asylum system is broken, but it is not those making Channel crossings who broke it. Policy development in this area has moved away from evidence-based, tested and cost-effective solutions reacting to the changing demands placed on it. Instead, we have a search for radical new policies that might make good headlines but do little to stem the flow of people prepared to put their lives at risk to reach the UK by any means necessary.”

She added that a fair and efficient asylum system needs to be established: “Meeting this challenge will require careful planning and detailed understanding of the problems it seeks to solve. There is no quick-fix solution.”

Enver Solomon, the chief executive of the Refugee Council, said: “The committee shares our grave concerns about cruel and nasty plans to treat people who have endured unimaginable trauma as human cargo by sending them to Rwanda. It is nothing more than a shameful diversion tactic from a government that has failed to operate an orderly, fair and effective asylum system.”

A Home Office spokesperson said: “There is no one silver bullet to tackle the global migration crisis the world is facing but we must do everything we can to fix the broken asylum system in the UK. Our new plan for immigration will bring in the biggest package of reforms in decades, allowing us to support those in genuine need while preventing illegal and dangerous journeys into the UK and breaking the business model of vile people smugglers. Migrants who make these unnecessary journeys to the UK may be relocated to Rwanda to have their claims considered and rebuild their lives.”