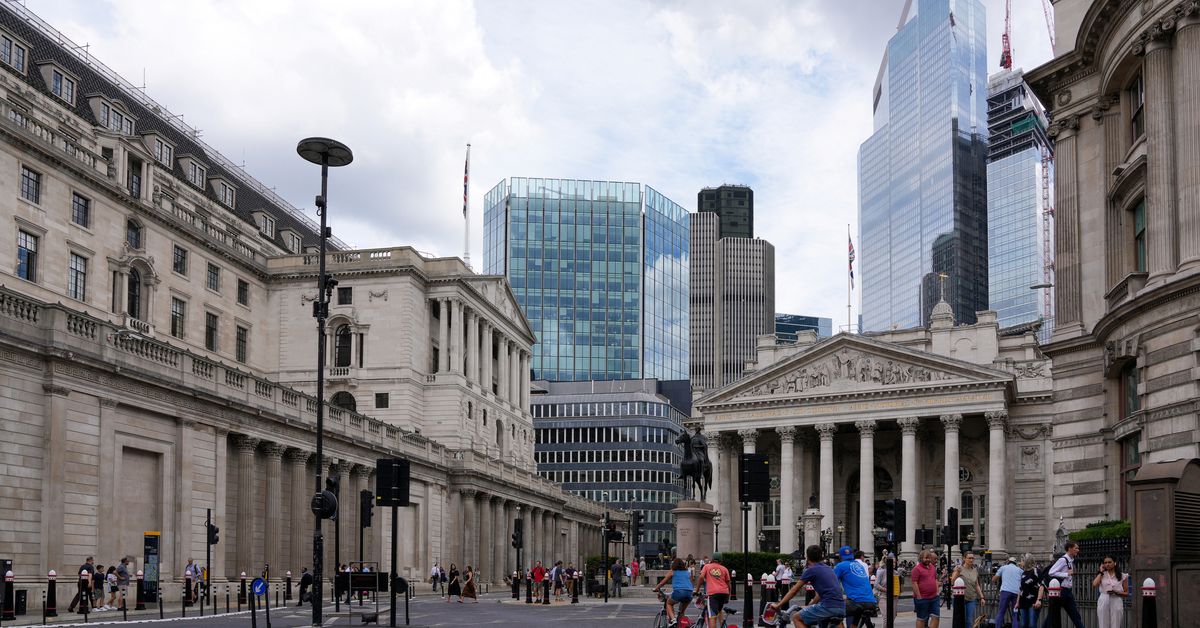 British households' expectations for average inflation over the next five to 10 years hit a record-high 4.8% in August, more than double the Bank of England's 2% inflation target, a monthly survey from YouGov and U.S. bank Citi showed on Wednesday.
The Bank of England is keeping a close eye on measures of inflation expectations for signs of whether inflation's recent surge to a 40-year high of 10.1% in July is causing the public to expect higher inflation over the medium term.

Citi economist Ben Nabarro said the latest survey reading was likely to unsettle the BoE's Monetary Policy Committee and encourage its members to vote for a second consecutive half-point rise in Bank Rate at its September meeting.

"Today's data, especially the level of long-term expectations, suggest that after months of high inflation, a further acceleration over the winter now poses acute risks to medium-term price stability," he wrote.

Before the COVID-19 pandemic in 2020 - when British inflation was generally close to its target - the long-run inflation measure typically stayed in a range of 2.9% to 3.4%.

August's increase from July's 3.8% reading was the biggest on record and the first rise since February.

Public expectations for inflation over the coming 12 months rose to 6.3% in August from 6.0%, Citi added. However, it said the reading might be artificially low due to limited options in the original survey question.

An alternative question, which gave a wider range of options for inflation, showed expectations for the year ahead rose to 10.3% in August from 7.8% in July, Citi said.

The Bank of England forecast earlier this month that consumer price inflation would peak at more than 13% in October, and Citi predicts it will exceed 18% in January.