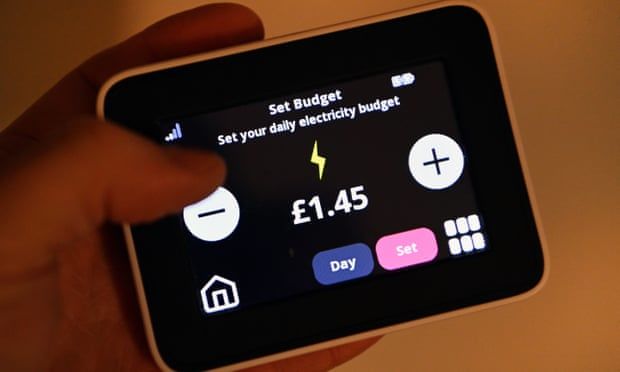 With inflation already at the highest rate for 30 years, analysts said a sustained rise for wholesale oil and gas markets would further add to the squeeze on families from soaring utility bills.

Analysts at Bank of America said that under such a scenario household real income could plunge by 3.1% in 2022 compared with a year earlier, in the biggest annual drop since at least 1956, the year of the Suez crisis.

In what would mark a worse squeeze than during the oil shock of the 1970s, it comes after wholesale European gas prices rocketed on Thursday after Russian tanks rolled over the border in a full-scale invasion.

Although gas prices fell back on Friday on a calmer day for financial markets, analysts warned they remained higher than the start of the week and could surge higher again should tensions between Moscow and the west escalate further.

European stock markets closed higher on Friday with the FTSE 100 up 260 points, or 3.6%, while commodity prices reversed some of Thursday’s leaps. The oil price fell back from almost $106 per barrel to about $98, while wholesale gas prices dropped from 350p per therm to about 250p.

However, this week’s increases have fed through to petrol and diesel prices at filling stations across Britain. The RAC said prices rose to new record highs for the fourth time this week, with unleaded at almost 150p per litre and the price of diesel above 153p for the first time ever.

It comes with inflation already at the highest level since 1992, having reached 5.5% last month as the world economy grapples with the fallout from Covid-19. Even before the Russian invasion, the Bank of England forecast inflation would reach more than 7% in April when Ofgem, the UK energy regulator, increases its household price cap by 54% to reflect a winter surge in gas prices.

However, analysts warned the conflict in Ukraine could drive up the inflation rate further still, possibly to more than 8% this year and remaining above the Bank’s 2% target rate for longer than previously thought.

Should gas, electricity and oil prices persist at levels reached on Thursday, Bank of America said inflation could be about 1.9 percentage points higher than previously thought by the end of the year, sticking close to 6%.

With growth of workers’ pay, benefits and other sources of income failing to keep pace, real household income could fall by 3.1% this year, “comfortably the largest calendar year fall since at least 1956”, according to the US bank.

Robert Wood, UK economist at Bank of America, said: “There is a lot of volatility. Energy prices have subsequently dropped very sharply today, so the numbers wouldn’t look as negative for real incomes. It’s a risk scenario based on where energy prices got to on Thursday. We’re substantially below that now but there is always a risk they could go up again.

“If inflation is higher there is a bigger fall for real incomes. We’re looking at this year a very large reduction in households spending power compared with previous years. How the economy navigates through that is quite uncertain.”

The hit to living standards is expected to affect poorer households most, as lower-income families spend proportionally more on essentials such as energy and food than richer households.

Weaker consumer spending power is also likely to act as a drag on economic growth, slowing the UK economy and raising questions over the Bank of England’s plans to raise interest rates and the government response to the cost of living crisis.

“In time the conflict will also broaden and deepen the living standards squeeze here at home,” said Torsten Bell, the chief executive of the Resolution Foundation thinktank. “The chances of low- and middle-income households getting some respite from the growing squeeze on living standards later this year are receding rapidly.”
#COVID-19  #Covid
Add Comment