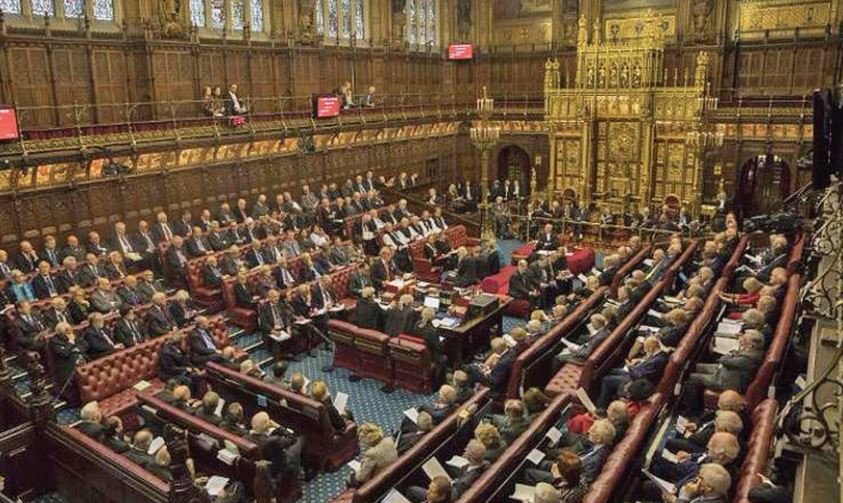 The United Kingdom's ruling Conservative Party, fresh from its success in last week's general election, is understood to be contemplating a radical shakeup of the way the nation is governed.
Quoting unnamed senior sources from within the party, the Financial Times said on Tuesday that Prime Minister Boris Johnson wants to overhaul the House of Lords to make it more accountable to the masses and more democratic.

Ironically, change and even abolition of Parliament's upper chamber has long been a dream of the left-wing Labour Party but has traditionally not been on the radar of the right-wing Conservative Party, which tends to be more supportive of the establishment.

The FT said Johnson wants the House of Lords to be more relevant.

In the past, the second chamber, where the decisions of the House of Commons are raked over, was the domain of aristocrats with hereditary powers.

Today, it mainly comprises people who have been appointed by government, and senior religious figures. But it still houses some hereditary peers and is still seen by many as old fashioned and lacking in accountability.

The paper said Johnson believes an updated House of Lords will be useful in countering the rise of Scottish nationalism and the risk of Scotland breaking from the UK.

The plan reportedly calls for members of the 793-seat House of Lords to be directly elected by the public, something Johnson believes will give voters in Scotland, Wales, and Northern Ireland more of a stake in Westminster.

The paper said the idea is being led by Dominic Cummings, Johnson's chief adviser.

Tom Strathclyde, a former leader of Conservative Party members of the House of Lords, said: "We need a stronger, more responsible second chamber, more directly accountable to people. There are many ideas as to how that could happen."

Johnson is expected to kick off the reform by setting up a commission to look at the UK's democratic system. It is likely to deliver a report on options within a year.

And the government will also look at the findings of the Constitution Reform Group, a cross-party organization that has been looking for ways to preserve the UK through a new political arrangement.

Johnson's mind is focused on the risk of Scotland leaving the union because of the success of the pro-independence Scottish National Party in last week's general election, which won 48 of Scotland's 59 seats in the House of Commons.

Johnson, meanwhile, is promising to pay back traditional Labour Party voters who supported his Conservative Party in last week's vote by spending heavily on initiatives in their areas.

He is reportedly planning to invest 100 billion pounds ($131 billion) over the coming five years, on roads, rail, and other infrastructure projects, mainly in constituencies that formerly had Labour Party MPs but that now have Conservative Party representatives.
Add Comment