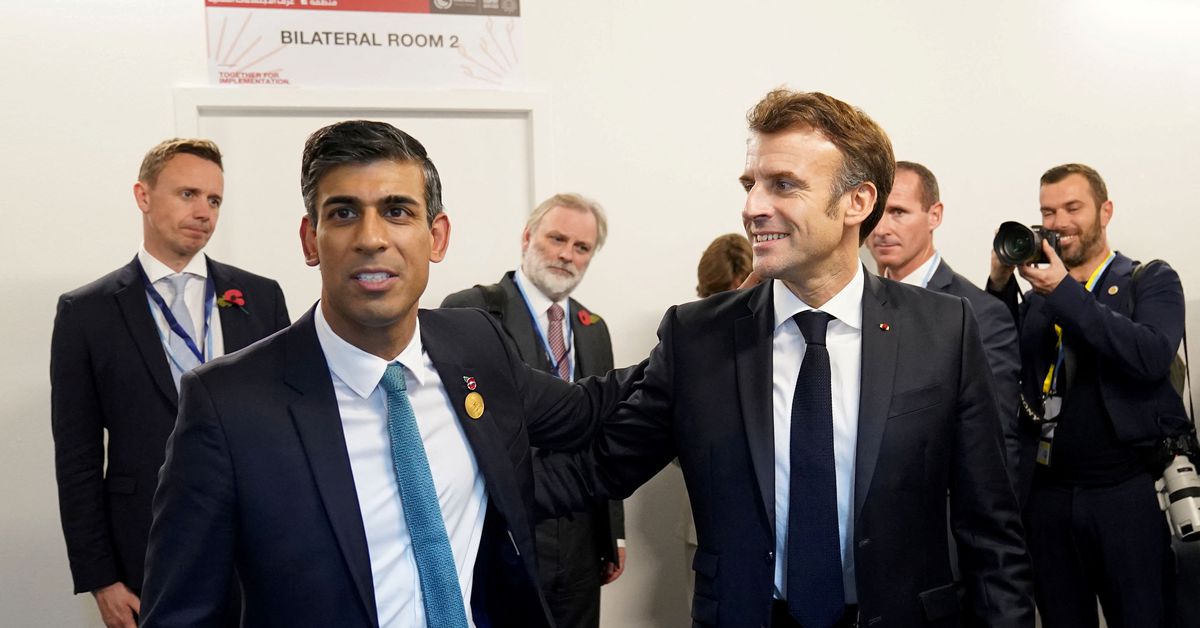 British Prime Minister Rishi Sunak expressed optimism on Monday about working with France to tackle illegal migration and his spokesman said the two nations were close to a new deal to curb the number of migrants crossing the English Channel.
Under pressure over the record number of migrants crossing to Britain in small boats, Sunak met Macron at the COP27 climate summit, their first in-person meeting since Sunak became prime minister on Oct. 25.

Relations between Britain and France had soured, first under Boris Johnson, and then only to worsen when Sunak's immediate predecessor, Liz Truss, who questioned whether Macron was a friend or foe during her campaign to become prime minister.

Sunak, who hopes to reset ties, said the meeting with Macron was great, offering an opportunity to work closely with France and other countries to tackle illegal migration, which has seen large numbers of migrants arrive in southern England.

"You will hear more details about that in the coming weeks, as those conversations happen amongst all our teams," he told reporters in Egypt.

"I'm actually leaving this with renewed confidence and optimism that working together with our European partners, we can make a difference, grip this challenge of illegal migration and stop people coming illegally."

Shortly afterwards, Sunak's spokesman said the two countries were in the final stages of agreeing a new deal to curb the surge in migrants making their way to England in the boats.

"A deal is being discussed and I think is in its final stages," the spokesman said.

British officials have previously said they would like to have their own immigration officers on the ground in France, working alongside French policemen to prevent more boats from leaving French beaches.

France has resisted such calls over concerns the move would threaten its sovereignty, British officials have said.

He said Britain was also working to prevent migrants from "safe countries" such as Albania - as opposed to those fleeing persecution or war - arriving by boats as asylum seekers.

"At the moment, the system is frankly overwhelmed by the sheer number of individuals coming here, a very large proportion of which should not come here, because they're economic migrants," Jenrick said.
#Boris Johnson  #Johnson
Add Comment