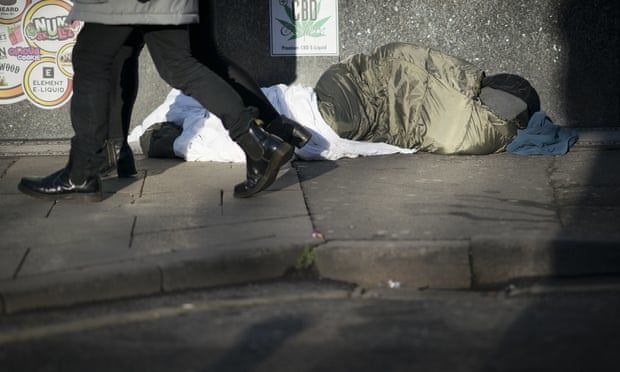 They are warning that hundreds of charities could close in the next few months – or be forced to make major cuts to services – unless ministers create a fund to help voluntary organisations maintain their services.

UK charities face an estimated £10bn shortfall in income as a result of the Covid crisis, and there are fears that the next 12 months could prove critical for many organisations as funds and reserves run out and demand continues to rise.

Over 600 charities and charity figures have signed the letter, sent on Wednesday, warning that the ability of thousands of charities to maintain vital local services will be threatened unless the government steps in with financial support.

The letter says: “Right now, many charities are eating into their reserves, selling whatever assets they have and making staff redundant. That means tomorrow they won’t be able to fund life-saving research, feed struggling families, bring hope to people most at risk isolating at home, tackle existing inequalities made worse by this pandemic.

It adds: “People and communities will go without vital support. Charities make our communities stronger. In the toughest times, they provide support no one else can. We are hugely grateful that your government has helped to keep emergency charity services running – but resources are running dangerously low and services are getting stretched to breaking point.”

Other signatories include: Scouts and Guides, Barnardo’s, the Children’s Society, Shelter, NSPCC, Help for Heroes and Age UK.

Debra Allcock Tyler, chief executive of the Directory for Social Change, one of the signatories, said: “Tens of thousands of charities are at breaking point, facing a double threat of massive increases in demand for help, and drops in income due to the pandemic. Allowing them to fail will rip support away from our most vulnerable people and communities, leaving them no one else to turn to.”

Michelle O’Rourke, chief executive of My Sisters Place, an independent specialist domestic abuse services charity in Middlesbrough, said it was expecting an increase in demand for its services as the local economy comes out of lockdown, at a time when the charity’s finances will get tighter.

She said: “We have real concerns about the demands on domestic abuse services following this pandemic and the sector’s ability to keep responding to and meeting the needs of women and children experiencing abuse. We can’t keep filling gaps and maintaining the work to the level we have been without some investment of resources.”

Larger charities that have announced financial troubles in the past few months include the National Trust, which identified a shortfall of £200m this year, Age UK, which reported a £42m loss of income, and Cancer Research UK, which warned it will lose about £120m in donated income over the next 12 months.

Charities have lost billions from the loss of fundraising events such as city marathons and coffee mornings as well as the enforced closures of charity retail shops – which have collectively lost around £28m a month in income during the pandemic.

The government made £750m in emergency funding available to charities over the past year including grants earmarked for domestic abuse services, health and social care services, food charities, mental health, homelessness, armed forces and loneliness projects.

That money was required to have been spent by the end of March, however, and the voluntary sector has contrasted the speed and scale of financial support made available by the Treasury for private companies with the limited resources set aside for charities.

“Together, they [charities] help to feed the hungry, house the homeless, hold the hands of the dying, find a cure for cancer, preserve our nation’s treasures, and so much more. And right now this safety net that is pulled so expertly together by social change organisations is fraying fast,” said Caron Bradshaw, chief executive of the Charity Finance Group.
#Covid  #Boris Johnson
Add Comment