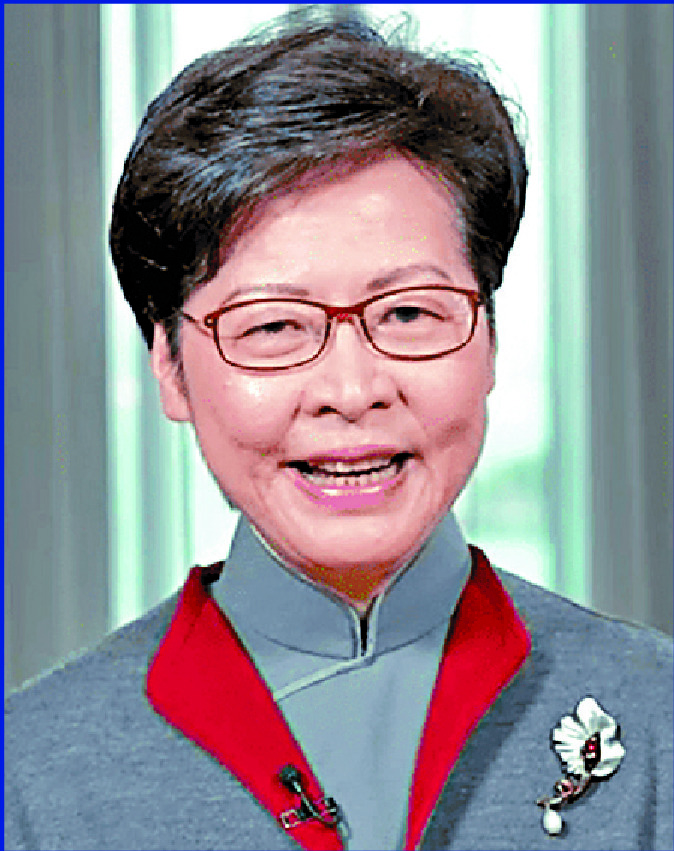 There is no need to extend the chief executive term as a total of 10 years over two terms is enough, Chief Executive Carrie Lam said in an online lecture yesterday.
Lam made good on her earlier promise in the policy address and delivered a 50-minute lecture to more than 1,000 citizenship and social development teachers, in which she said the current limit is long enough, but added that Hong Kong leaders can still propose long-term development projects that take place over decades.

"I have proposed a forward-looking northern metropolis development plan while there are only nine months left for my term," Lam said, adding the next CE can also implement the plan as long as it is supported by society.

"There is a strong continuity in the SAR government's policies because we are not a government with transition of power among different parties," she said.

She also said many people from the pro-democracy camp share the view that the central government owes Hongkongers a system in which the CE is elected by universal suffrage. But such a concept is wrong, she feels.

According to the Basic Law, a CE should be selected by election or through consultations.

Lam also said allowing citizens to nominate CE candidates violates the Basic Law and is unacceptable because the role of CE is too important.

"Democracy is not one-size-fits-all, it depends on the social environment and development of different places," she said.

Lam said the SAR already enjoys a great deal of freedom under the one country, two systems principle, and the national security law is evidence that the principle was respected by the central government.

"It's hard to imagine that a SAR or a province of a country can carry out the national security law by itself," Lam said.

"I believe the state of California in the United States will not be allowed to carry out a national security law. Instead, government agencies like the FBI will be enforcing the law."
Add Comment