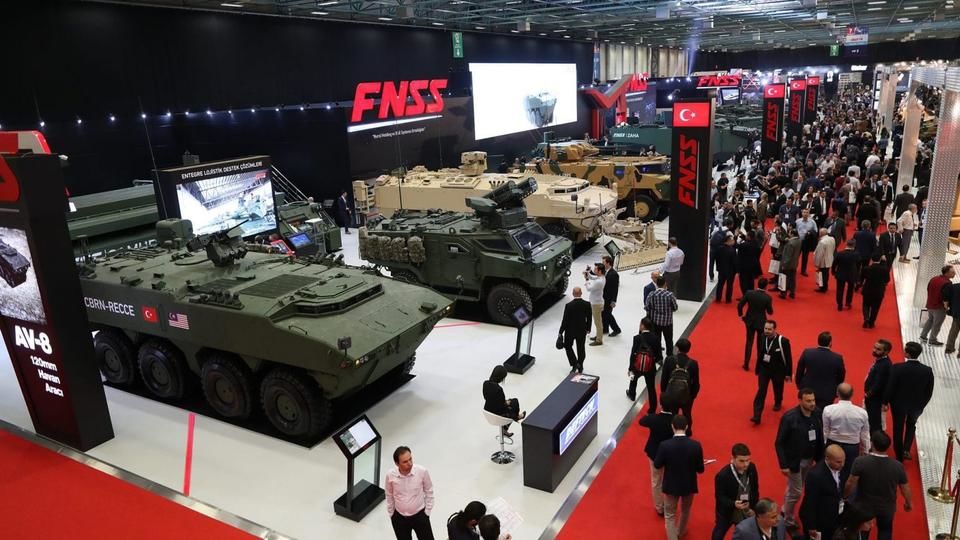 Turkiye, UAE: The rise of the middle power defence industries

The recent snub by Washington towards the UAE highlights how Turkiye faced a similar dilemma and developed its own defence industry.
Recent threats by the United Arab Emirates (UAE) to pull out of a multibillion-dollar deal to buy American-made F-35 aircraft, drones, and other advanced munitions over US strings to the deal have brought into sharp relief the country's dependence on Washington's goodwill for its security requirements.

The UAE authorities deemed US demands for the sale of the technology as potentially damaging to its national security.

The US Secretary of State Antony Blinken also outlined that he wanted Israel to maintain a military edge in the Middle East, which would mean the UAE purchasing weapons that were restricted in their capabilities.

These announcements came despite the UAE's normalisation with Israel, which was, in part, conditional on the sale of the F35's.

Against this backdrop, Saudi Arabia is moving towards reducing its defence spending and building an indigenous defence industry, reducing the need for outside powers to meet its security requirements.

Earlier this year, a report by the Stockholm International Peace Research Institute ranked Saudi Arabia as having the sixth-largest defence budget for 2020. It was estimated that the country spent more than 8.4 percent of its gross domestic product on its military in 2020.

However, the task of creating an indigenous defence industry may prove to be an uphill challenge for two aspiring regional powers in Abu Dhabi and Riyadh.

"Despite their financial assets," says Dr Andreas Krieg, a senior security lecturer at the School of Security Studies at King's College London, "the UAE is still a small state in capacity and capability."

"When we are trying to assess the indigenous defence industry and the potential we will see discrepancies between what countries like Turkiye can develop and countries like the UAE just by the sheer size of the economy and the human capital that these two countries can tap into," added Krieg speaking to TRT World.

In some ways, Turkiye has faced a similar difficult learning curve to what the UAE and Saudi Arabia are facing.

Turkiye today has a vibrant and world-class defence ecosystem, but almost 50 years ago, it was non-existent. The impetus for that growth can be traced to 1974, when the US implemented an arms embargo after Turkiye sent its troops to protect thousands of Turkish Cypriots on the island.

The US arms embargo, which lasted three years, threw the Turkish military off-balance as it was conducting operations that required continuous logistical support, and Turkiye was dependent on the US replenishing its depleted inventory.

Feeling the effects of the embargo, the Turkish state embarked on the development of its defence industry, resulting in the country today becoming less dependent on other countries.

"The Turkish military has invested over decades into its capabilities, has a massive capacity and expeditionary capabilities, and has been the best client for the emergence of a defence industry," says Krieg.

In contrast, the UAE, even as late as 2006, was 99 percent dependent on foreign weapons and military supplies, which has declined recently owing in part to defence partnerships and local production deals with Chinese and Russian firms.

The UAE had financed the research and development of some of Russia's most advanced antiaircraft and missile systems which have generated technological know-how and profits, but that's not the complete picture, says Krieg.

"The UAE is still suffering from a lack of in-house human capacity. There are just not enough people around, especially developing skilled labour. The UAE has been resourceful in buying or sourcing that labour in, but there are limits to what the UAE can achieve," he says.

However, middle regional powers like Turkiye, Saudi Arabia, and the UAE could find themselves catching up even quicker to some of their advanced peers owing to the changing landscape in technology, says Krieg.

"The UAE and Turkiye as regional powers have benefited from a shift in capabilities and what is required to maintain national security today," says Krieg.

The Turkish example has been particularly poignant. German restrictions on the sale of tanks to Turkiye and, until very recently, clauses in the contracts that they could not be used against PKK terror groups - have left Turkiye with little choice but to pursue its own tank production initiatives.

Turkiye's indigenously developed drone program is one example of how a piece of technology with lower barriers to entry than starting a fighter jet program, can prove effective in establishing robust results on the battlefield.

"In the past, you needed highly mechanised and armoured brigades," says Krieg with expensive price tags. Today adds Krieg, the footprint is lighter, and the proliferation and transfer of technology easier.

For the UAE, the F35 issue is an example of the limits of what technology can be transferred. The UAE has tepidly sought to hedge on defence by engaging in joint military initiatives with China, which crucially is not concerned about maintaining Israel's military edge in the region.

The UAE is trying to play on all sides, as has Turkiye, says Krieg, referring to Turkiye's purchase of Russia's most advanced S400 anti-missile defence system.

"Western defence companies will keep the most high-end technology close to their chest, and that comes with a lot of strings attached," says Krieg. Even Turkiye, a longtime ally and trusted NATO member, has struggled in sourcing all the technology it needs.

But for these emerging middle powers, the move towards higher-tech, which is lighter, computer-based, and computer networked China, offers an opportunity.

"China has a lot of advantages in the field of computer-based defence technology," says Krieg, adding that they are "willing to part with the tech in a way that Western countries don't. Chinese don't have any conditionalities."
Add Comment