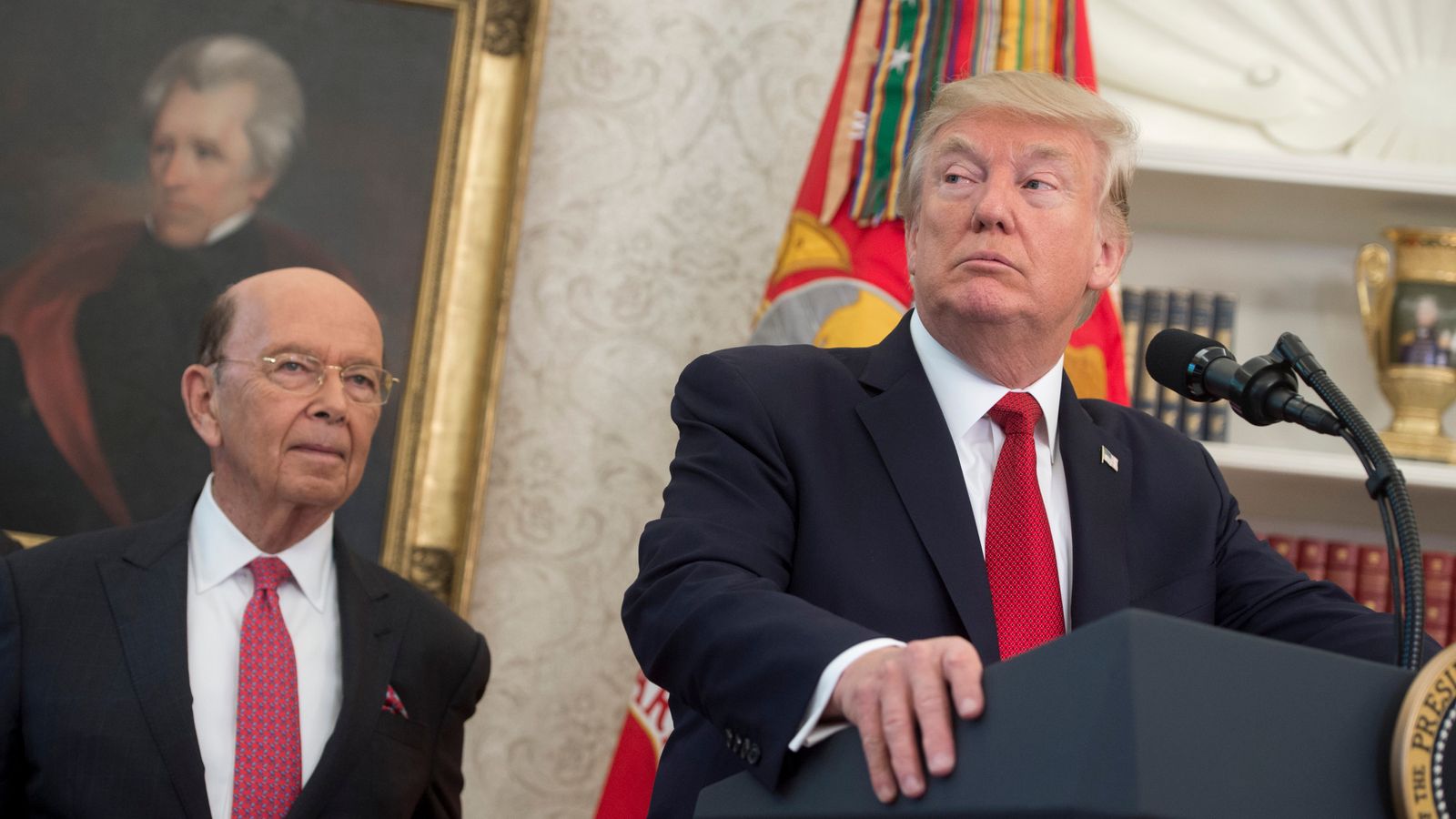 A senior figure in Donald Trump's Cabinet is plotting a £700m deal that would see one of Britain's biggest digital-only banks being listed on the US stock market.

Sky News has learnt that a special purpose acquisition company (SPAC) set up by Wilbur Ross, who was President Trump's commerce secretary between 2017 and 2021, is in detailed talks about a merger with Durham-based Atom Bank.

Banking industry sources said this weekend that the discussions were at an advanced stage, although there was no guarantee that an agreement would be reached, particularly against the backdrop of equity markets haunted by soaring inflation and rising fears of recession.

If completed, however, a deal would make Atom Bank one of the most prominent UK-based companies to be taken public through a SPAC, joining the likes of Cazoo, the digital car-buying platform, and Vertical, the aerospace company founded by Stephen Fitzpatrick, the entrepreneur behind Ovo Energy.

Under the terms of the prospective merger, Atom Bank would agree to merge with Ross Acquisition Corp II, a SPAC which listed on the New York Stock Exchange in the spring of last year, according to a banking industry insider.

The SPAC - a shell company launched with the purpose of finding an operating business to combine with - would also raise about £150m through a so-called PIPE (private investment in public equity).

Mr Ross and his other founding SPAC shareholders could choose to participate in that PIPE fundraising.

A deal would take place in one of the most volatile stock market environments for years, and after a string of SPACs have abandoned previously announced transactions or been forced to hand money back to their original investors after failing to identify a deal.

If it does announce a deal with Atom Bank, it would probably take around six months to complete. 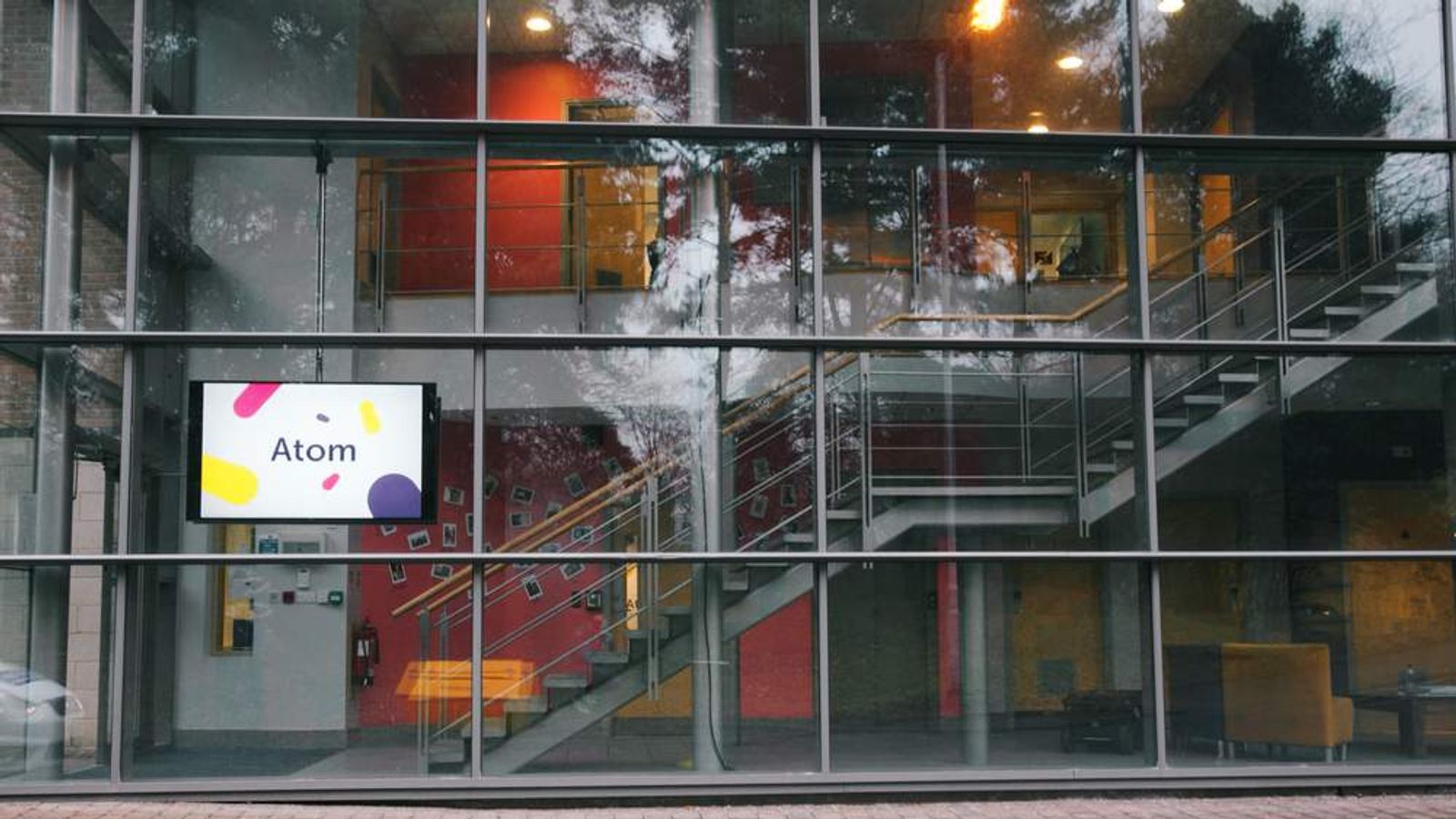 In 2010, WL Ross, Mr Ross's private equity firm, snapped up a 21% stake in Virgin Money, not long before it was transformed into a major industry player by buying a big chunk of the nationalised bank Northern Rock.

WL Ross sold the last of its Virgin Money shares in 2016.

Mr Ross has been a prominent financier on Wall Street for decades, earning the nickname 'the king of bankruptcy' for his track record of buying distressed companies in the steel and coal industries and selling them for sizeable profits.

As a senior figure in the Trump administration, Mr Ross helped shape the US government's approach to ties with China - the world's most important bilateral trading relationship.

He has also been a big shareholder in Bank of Ireland and a number of US lenders.

Atom Bank has made little secret of its plans to pursue a public listing in the coming years, although it would have been expected to float in London given that its business is entirely focused on the UK.

Since being established in 2014, it has made less spectacular progress than rivals such as Monzo, Starling Bank and, in particular, Revolut, which was valued at over $30bn in a funding round last year.

Atom Bank has total customer deposits of more than £2.5bn and has announced mortgage completions of over £3bn, but has set ambitious targets for growing those figures in the coming years.

In total, it has raised about £500m in equity from investors including the Spanish bank BBVA, Toscafund and the now-dissolved Woodford Investment Management.

Last year, it attracted headlines by becoming one of the first substantial employers to switch to a four-day week.

It said the move, which included a reduction in working hours from 37 to 34 with no impact on salaries, was designed to support employees' mental and physical wellbeing, as well as to boost productivity.

Announcing a £75m funding round that valued it at £435m in February, Mark Mullen, the Atom Bank chief executive, says: "We've achieved a number of important financial milestones and maintained our excellent reputation with our customers."

"Our investors are now backing our continued growth. This capital will allow Atom to build on the progress we have made, and to keep offering financial solutions for people who want to own their own home, grow their own businesses and save for the future.

"It is also a fundamental next step on our journey toward IPO."

Responding to an emailed enquiry from Sky News, Mr Ross said his "practice has always been not to comment on rumours of transactions involving my investments".