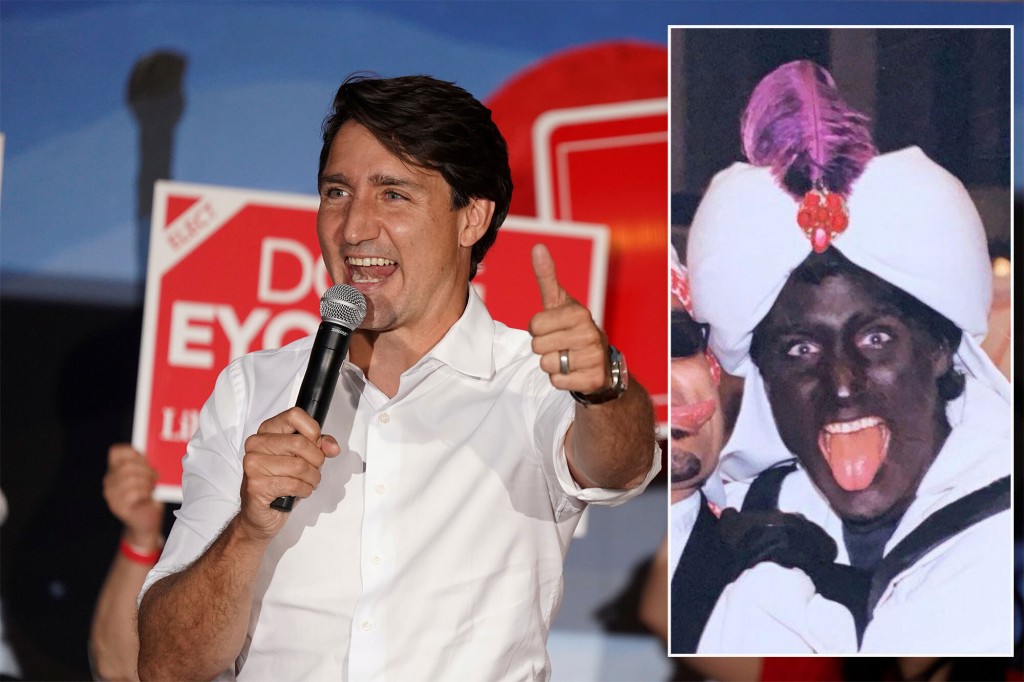 He apologized in 2019 when similar images from the same gala emerged shortly before an election, saying the “buck stops with me and I have a responsibility.”​

“​A new photo of Trudeau in blackface has leaked. It’s time to end the international embarrassment. Only Erin O’Toole can stop Justin Trudeau​,” the tweet said. ​

He called ​for an early election last month — two years before the next scheduled vote — hoping to capitalize on his handling of the coronavirus pandemic and polls that showed the Liberal Party with a substantial lead over its Conservative rivals.

He was hoping the lead in the polls would translate to his party winning back a majority in Parliament it lost in 2019.

But following the election announcement, the polls tightened to a virtual tie between Trudeau and O’Toole.

Trudeau, 48, has pushed for vaccine mandates, but O’Toole opposes them and has suggested a combination of voluntary vaccinations and rapid testing.
#Coronavirus  #vaccine
Add Comment