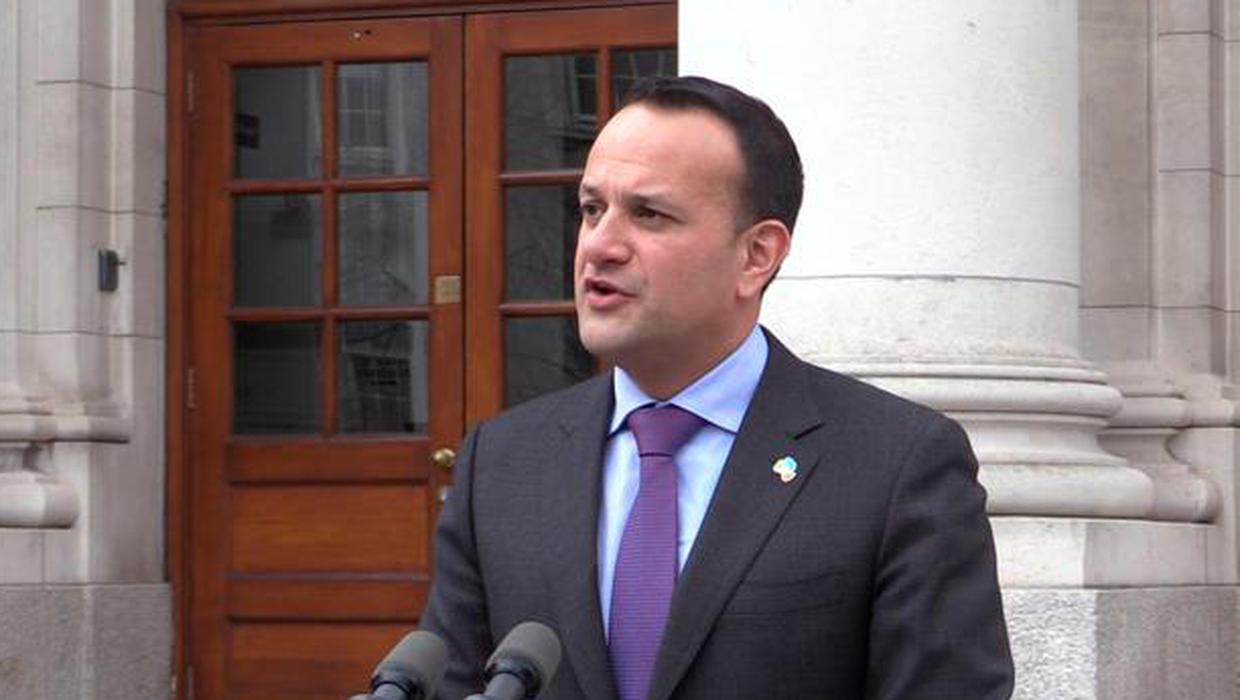 Travel restrictions between Ireland and Britain should be lifted during summer

Travel restrictions between Ireland and Britain should be lifted during the summer, Tánaiste Leo Varadkar has said.

Speaking at a virtual conference for publicans, Mr Varadkar said: “One thing I would like to see, and this would be very good for places like Kerry, is a return to travel between Ireland and United Kingdom.

“A return of the Common Travel Area as it is supposed to be – travel between Britain and Ireland with no restrictions and I think I can make the case for that,” he added.

Mr Varadkar said a “really weird situation” is going to arise in June when people in Britain are permitted to travel to Northern Ireland for non-essential visits but will have to undergo mandatory home quarantining if they fly into Ireland.

People in Ireland will also not be able to travel to Britain without undergoing mandatory home quarantining on their return. Meanwhile, all people on the island of Ireland can travel North and South since Monday.

“Wouldn’t it be a bit bizarre if we couldn’t go to England and English people couldn’t come here so I think there will be a strong case this summer to restore travel to Britain,” the Tánaiste added.

However, he said he did not believe travel between Ireland and the rest of Europe or the US will fully return until next year.

Later in the Dáil, Fianna Fáil TD James O’Connor raised concerns about the Tánaiste’s comments about foreign travel between Ireland and Europe or the US not fully returning until next year.

He told Foreign Affairs Minister Simon Coveney there is confusion among the tourism and aviation sectors over whether Ireland would be adopting the EU’s vaccine certificate proposals.

Mr Coveney said the Government had not taken a decision on when passengers from the US and Europe could travel freely to Ireland but said he hoped visitors from Britain could arrive in the summer.

Meanwhile Mr Varadkar also told the conference he would “put money on” outdoor dining returning next month followed by indoor service in July.

He said outdoor dining will be restricted to table service only next month and tables will have to be between one or one and a half metres apart.

He said restaurants and pubs will not be restricted to 15 people as they were at one point when they reopened last year.

Mr Varadkar said the Government is working on new supports for pubs to ensure they can remain viable. This includes extending the outdoor furniture grant to pubs.

“I want to say to publicans, that I can only imagine how tough the last year has been. Nobody thought you would be closed for so long. This is the big reopening and we want to make sure you never have to close again,” he said.

More than 1,200 publicans from across Ireland attended the ‘Emerging Stronger’ virtual conference.

The conference was an all-island event brought together by the three publican trade associations, the Licenced Vintners’ Association, the Vintners’ Federation of Ireland and Hospitality Ulster and it was supported by Guinness.