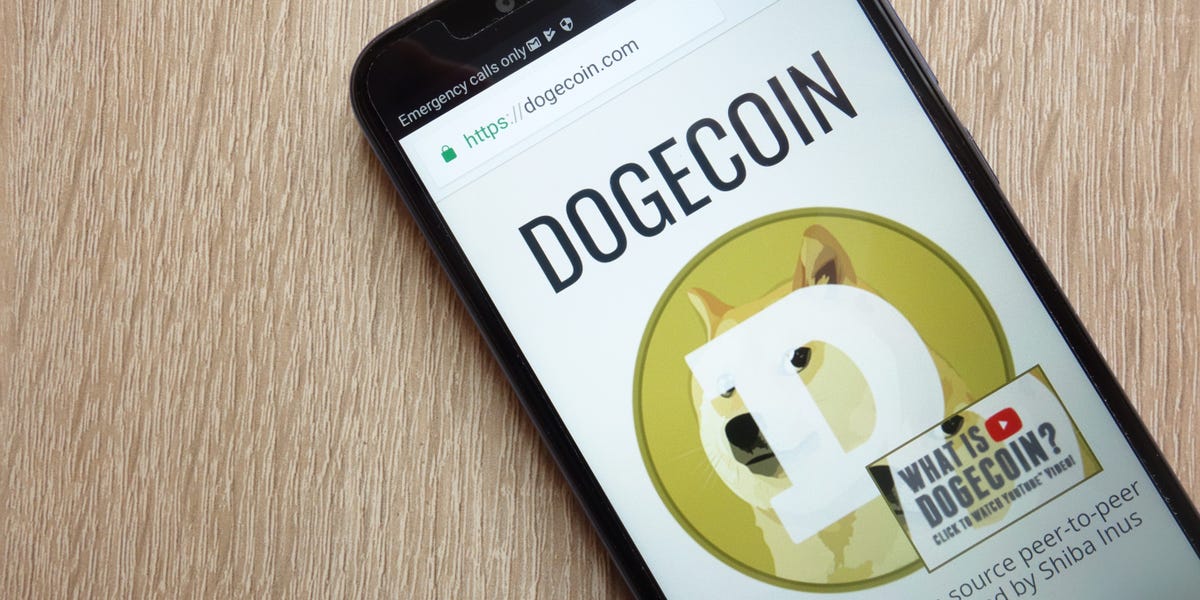 The history of Dogecoin, a cryptocurrency that started as a joke on Reddit years ago and recently surged 600% in a Wall Street Bets copycat rally

In 2013, what started as a joke between two engineers gained popularity quickly, even briefly eclipsing Bitcoin.

The digital currency based on a meme — Dogecoin — has captured public attention once more as its stock surged over 600% in the last 24 hours, driven by the Reddit mania surrounding GameStop.

Dogecoin's recent popularity is not the first time the unusual digital currency has captured the spotlight.

Dogecoin started in 2013 as a joke between two engineers. IBM software engineer Billy Markus and Adobe software engineer Jackson Palmer had never even met when they successfully combined two of 2013's greatest phenomena: Bitcoin, and "doge." The result: Dogecoin.

Dogecoin was a product that people started using as soon as it was released, much to the two engineers' surprise. Over a million unique visitors went to dogecoin.com within the website's first month.

The doge meme that gained popularity in 2013 featured an image of a Shiba Inu dog with Comic Sans thought bubbles spouting out of it with near monosyllabic ideas. The meme could be used to express anything from jokes about naps, early mornings, diets -- even space exploration. 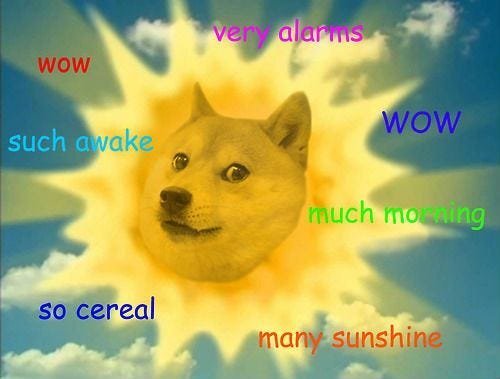 Before the product was released, Palmer, who'd been following developments in the cryptocurrency world, absentmindedly tweeted, "Investing in Dogecoin, pretty sure it's the next big thing."

He got some replies encouraging him to pursue the idea, and a week later bought the domain Dogecoin.com. Inevitably, the idea got picked up on reddit, a hotbed of doge activity in 2013.

Meanwhile, in Portland, Billy Markus had been trying to program his own digital currency that would appeal to a broader demographic than the profiteers who've flooded into Bitcoin since the currency was released in 2008. But the project had gone nowhere. Then he stumbled across Dogecoin.com within a day or two of the site going live.

Markus tweeted at Palmer saying he wanted to go in on the venture, and before Palmer even responded, started reconfiguring Bitcoin's source code, which was publicly available, to turn its user-facing elements into the doge meme.

Eventually Palmer wrote back, and the partnership was formed. A little more than a week after Palmer's joke tweet, Dogecoin was launched in December of 2013.

The currency was derived from the open source software project, Litecoin. Unlike Bitcoin. Dogecoin does not have a limit to the number of coins that can be produced in the system.

Redditors helped Dogecoin develop its own subculture in 2013

The digital currency instantly exploded on Reddit, generating a market value of $8 million at the time. It became popular for the internet practice of "tipping," which was a way of repaying people on the web for performing "good deeds," like sharing an idea or making a platform more accessible.

Only about a week after launching, Dogecoin became the second-most-tipped currency, the engineers told Insider.

The digital currency has long contributed to a culture that distinguishes itself by a sort of irreverence for institutions like Wall Street. It's not surprising Reddit users would take up the stock alongside GameStop and AMC in trading against big hedge funds.

Dogecoin developed its own culture of sorts in 2013, largely due to the currency having a lower barrier of entry than Bitcoin for people who might be interested in cryptocurrencies.

"It's not taking itself as seriously, it's not being used by people worrying about whether they'll become rich," Palmer told Insider in 2013. "It's something to share for thanks or kudos."

At the time, the engineers said they had no plans to compete with cryptocurrency giant Bitcoin, but in 2014 the trading volume of the meme-worthy coin briefly eclipsed Bitcoin and all other digital currencies.

A year later, Palmer took an "extended leave of absence" from the company as he said the cryptocurrency environment had grown increasingly serious and "toxic."

In 2017, the currency crossed a new milestone — $2 billion market value.

Redditors focus on Dogecoin once again

Dogecoin hit a market value of about $9 billion Friday, becoming ranked as one of the top 10 digital currencies.

The digital coin's rally, much like GameStop's rally that was in part driven by Reddit users from WallStreetBets, has been fueled by the subreddit SatoshiStreetBets, where users planned to send the currency "to the moon" — or at least to their goal of $1 per coin.

Dogecoin saw similar efforts in July when an unsuccessful TikTok trend called for forcing the coin to equal a US dollar. Redditors have a long way to go before the coin's price is equivalent to a dollar; since Dogecoin jumped Friday the coin is currently worth about $0.0779.

After Dogecoin stocks surged with other volatile stocks like GameStop and AMC, Robinhood temporarily restricted crypto trading Friday, as Bitcoin rose with Dogecoin.

Public figures have also gotten in on the action, promoting the currency. Thursday night, Tesla CEO Elon Musk, who has referred to Dogecoin as his favorite currency, tweeted about the market moves using a mock Vogue cover, dubbed "Dogue.