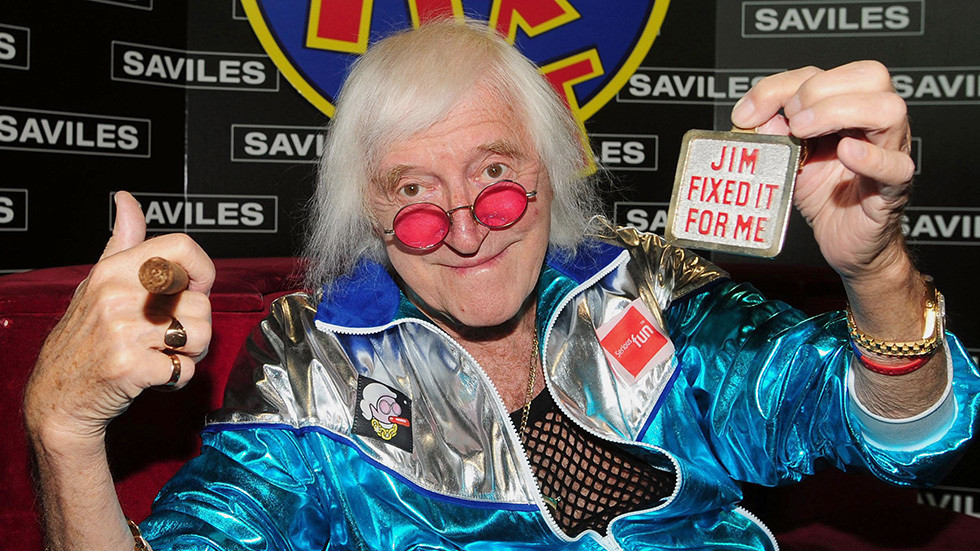 Jimmy Savile was allowed to abuse hundreds of children, some on BBC property, with the scandal only revealed after his death. Now the corporation wants to bring this monster back from the grave

No one does irony like the British, and the BBC have delivered a dose of epic proportion, announcing their new show ‘The Reckoning.’

It’s a mini-series covering the life and times of Jimmy Savile.

For anyone unaware, he was a national institution, known in every household for his zany personality. He found fame as a radio DJ and quickly became a fixture on television, notably for Jim'll Fix It – in each episode of which he made the wishes of a child come true.

Savile’s signature look was garish multi-coloured tracksuits, wacky shades, chunky gold jewellery and a fat cigar. He was a prolific charity worker, buying machines for deserving causes like children’s hospital. It’s estimated he raised around £40 million ($51.7 million). The Queen made him a knight of the realm and he was even made a Knight Commander of the order of St. Gregory the Great by Pope John Paul II.

He was also a serial paedophile, and people at the BBC were aware of his crimes.

Way back in 1978, John Lydon of the Sex Pistols blurted out on BBC Radio 1: “I’d like to kill Jimmy Savile... I bet he’s into all kinds of seediness that we all know about, but are not allowed to talk about... I know some rumours, I bet none of this will be allowed out.”

The comment was edited prior to transmission and was only made available on a release by his other band Public Image Ltd, following Savile’s death in 2011. Such rumours had swept through the BBC for years – numerous people have confirmed this, yet documentary maker Louis Theroux was the only person to ask Savile on camera (shown on the BBC) about the dark stories.

The pervert straight-batted it, saying “I know I'm not,” and referred to “salacious tabloid people” being behind the stories. A lifelong bachelor, he seemingly doted on his mother, who he referred to as “The Duchess.”

Savile was friendly with powerful figures like Prime Minister Margaret Thatcher. Prince Charles had been to his house for dinner and even sent gold cufflinks on his 80th birthday with a note… “Nobody will ever know what you have done for this country, Jimmy. This is to go some way in thanking you for that.” Savile was intertwined with an image that the conceited BBC wanted to project.

As times changed, it was clear that some wanted to end that practice. But it was only after his death that BBC’s Newsnight began investigating. One victim spoke on camera and it was set to be a national bombshell. But BBC bosses nixed it, as they wanted to run a tribute programme instead at the same time, around Christmas 2011.

The public weren’t aware until ‘The Other Side of Jimmy Savile’ was shown by ITV in September 2012. It blew the lid off and within a month, hundreds of lines of inquiry were underway due to 200 witness statements involving 14 police forces. The scale was mind-blowing.

There was reports of rape, sexual assault and even necrophilia with corpses in a mortuary. Investigators believe he had around 500 victims, 28 were children under 10 of both genders, and there were 63 girls aged between 13 and 16. A minority of his victims were also adults, the oldest being 47. His tally of alleged criminal offences stands at 214.

The man was one of the worst sexual predators in British history.

A report proved Savile committed offences on BBC premises between 1959 and 2006. The last at the age of 79, when he groped a teenage girl during the filming of Top of the Pops. There’s no mystery why it was allowed to continue. The BBC turned a blind eye – as the report stated it had five clear chances to stop the abuse.

Director David Nicholson caught Savile having sex with a young girl and reported it. He explained: “Everyone knew what was going on. That includes senior BBC people – chiefs at the highest levels. There were always girls in Jimmy’s dressing room. Everyone would have known about it.”

Back in 1997, the father of an 11-year-old girl made a complaint about Savile’s conduct at Stoke Mandeville Hospital but, again, it was swept under the carpet. There is no question of Savile’s guilt nor whether the BBC had at least some idea that he was sexual predator.

So what is the BBC thinking by bringing this horror story to life with a dramatisation?

Executive producer of ‘The Reckoning,’ Jeff Pope, said: “We must understand why a man like Jimmy Savile seemed to remain immune for so long to proper scrutiny and criminal investigation.”

But is there anything to delve into? It looks pretty clear that it was a dereliction of duty from BBC bosses, who either didn’t care, or were too scared, to ruin the reputation of their biggest star. They even then tried to prevent the truth escaping after his death.

This is an immoral tale that doesn’t need to be revived and retold – least of all by the BBC. Tackling it will not deliver redemption or atonement, and it does nothing for his victims. That ship sailed long ago when the BBC allowed it’s ‘golden boy’ to continue his wanton abuse for so long.

Savile has been consigned to the toxic dump of history.

Let him stay there.