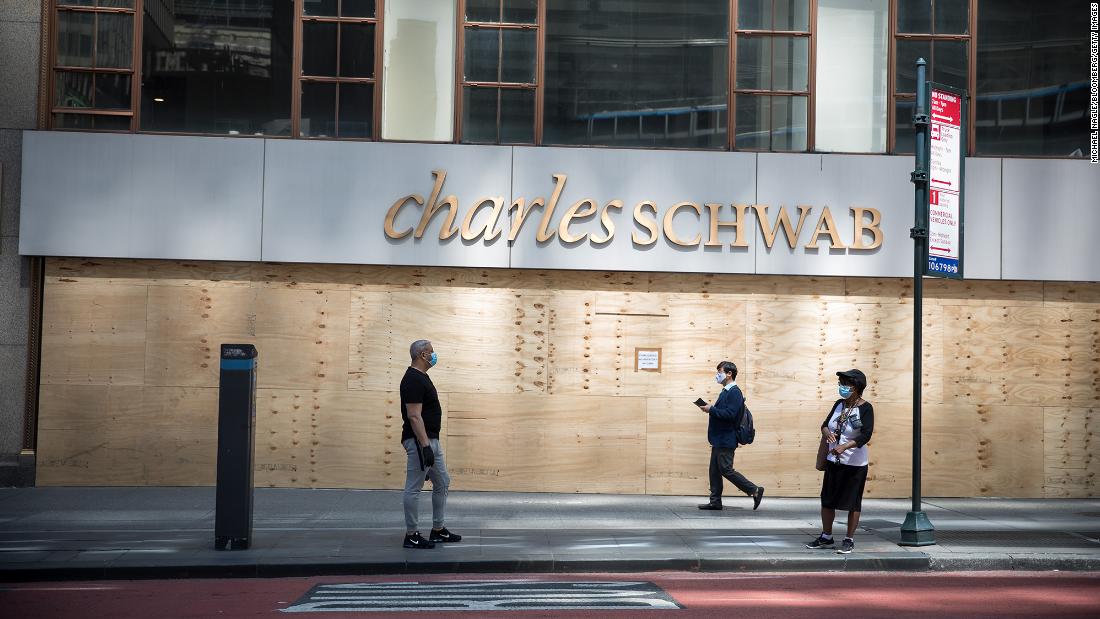 Tech glitches at Schwab, Fidelity and other online brokers mean some missed out on Monday's monster rally

The US stock market rallied early Monday, but not everyone was able to get in on the fun. Several electronic brokers experienced technical issues that kept some customers from using their services as normal.

Fidelity, TD Ameritrade, Schwab and Vanguard reported tech problems on Monday, though all said the issues were resolved within several hours. Some attributed the problems to heavy activity early in the day.

US stock futures surged Monday morning before the opening bell after drugmaker Pfizer (PFE) said early data on its coronavirus vaccine shows it's more than 90% effective, and stocks shot up at the open. Individual stocks such as theater chain AMC (AMC) also spiked on the vaccine news. Investors may also have been reacting to the Saturday announcement that Joe Biden was the projected winner of the US presidential election.

"What we're seeing today is primarily issues on authenticating in," said Todd Kenney, chief technology officer of Sterling Trading Tech. "People see news coming in about a potential Covid vaccine, futures were way up this morning ... What's the first thing they want to do? They want to see how their accounts are reacting, maybe initiate some trades, maybe buy some Pfizer or sell some Peloton."

With so many consumers trying to log in and access their financial information at the same time, the tech infrastructure supporting these platforms likely buckled under the stress, Kenney said.

TD Ameritrade and Fidelity both attributed the issues to high levels of usage Monday morning. Fidelity said in a statement that while customers were able to access its online systems, some may have experienced "slower processing speeds" at market open because of "extremely high volumes" but that trades were processed.

"Earlier today, due to unprecedented volumes of activity, we encountered login issues across multiple TD Ameritrade platforms," TD Ameritrade said in a statement, adding that the issues were resolved. "We apologize for the inconvenience and take the performance and reliability of our trading platforms very seriously."

Vanguard and Schwab declined to comment directly on the cause of their glitches. Schwab said it had resolved "technical issues" experienced by some of its applications early Monday morning and it is now working to address client questions.

"We understand that some Vanguard clients may have experienced difficulty accessing their accounts on our systems earlier," Vanguard said in a statement. "The issue has been resolved and we encourage clients to clear their internet cache and cookies, and recycle their web browser, before logging back on."

None of the firms provided information on the number of customers affected by the tech problems Monday. The website Downdetector showed nearly 8,000 reports of problems with TD Ameritrade Monday morning, more than 15,000 reports on Schwab, around 950 reports on Fidelity and 400 reports on Vanguard.

Customers took to Twitter on Monday to express frustration at not being able to access the services on such a big day for the markets.

"You guys are costing us millions of dollars on a big day," one Twitter user said in a tweet to Vanguard. The company responded with an apology and saying its research team would follow up. 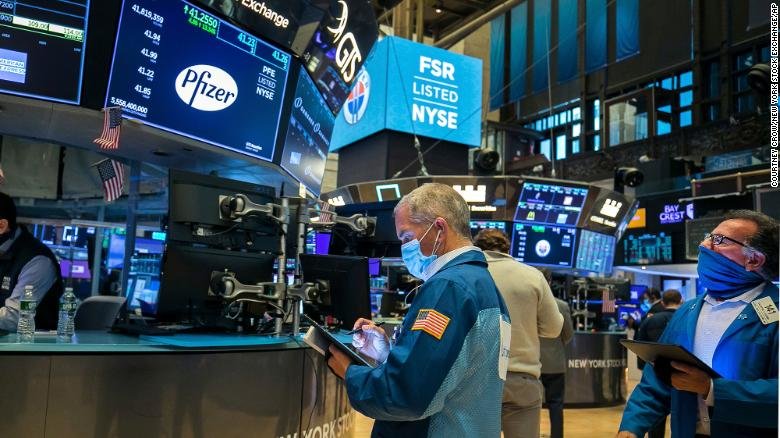 The US stock market soared Monday morning after Pfizer announced encouraging data on its Covid-19 vaccine.

Another user said in a tweet to Fidelity: "Customers were not able to sell when markets opened ... Functionality returned while markets were fading well off the highs. Statements of appreciation are just not enough anymore." Fidelity said it would follow up with the customer.

Not being able to log in to one of these platforms on such a busy trading day could have real financial implications for consumers and could mean reputational damage for brokers, Kenney said.

"(For consumers,) it could be an opportunity loss — a trade idea that you're not able to effect on the platform," Kenney said. "If the market were moving in the other direction and you couldn't go into sales and protect yourself from that, there is a propensity for real monetary loss."

It's not the first time this year that online brokerages have experienced tech problems at inopportune times. In August, users of Robinhood, E-Trade and others reported problems accessing the services on the first day that Apple and Tesla shares were trading at newly split prices.

Such problems could be because of the huge uptick in usage of online brokerage services during the pandemic — with so many people sitting at home, more people have been trying their hand at retail investing.

"No one ever accounted for the sheer load that is coming into these platform layers," Kenney said. "People have this expectation that all their information is at their fingertips, by clicking on their iPhones or logging into a website, and all that information will be returned in real time. When you don't have a concept of how to deal with that load or figure out ways to allow more people onto the (service), you run into these issues."