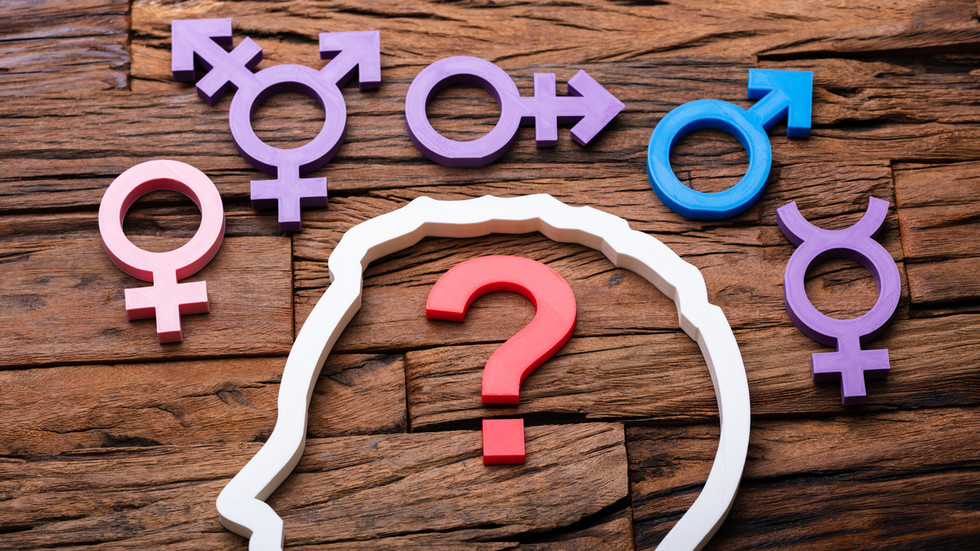 ‘Stand up on JK Rowling day, if you believe men are men and women are women’

Trans activists’ militancy has caused many people who disagree with their views on gender to remain silent. Now a new initiative, Gender Critical Coming Out Day, aims to encourage them to speak up. RT met one of the organisers.

“Most people will be able to tell you what a man is and what a woman is, and what the difference is,” said James Roberts, summing up the straightforward logic behind the inaugural Gender Critical Coming Out Day, which will be celebrated on December 19

It’s a simple concept, described as “a day to let others know you support the reality of biological sex, and that you are against an ideology that says gender identity can replace sex, in whatever way works for you."

James, who is based in London, is one of the leading figures behind the day, and he describes it as one of personal activism. Explaining the thinking, he continued, “It’s decentralised. It’s not a thing to join up and subscribe to; it’s just an idea to give a bit of a focus to being open about your gender critical views.”

December 19 has been selected specifically because it was on that day in 2019 when Harry Potter author J.K. Rowling famously pledged her support for Maya Forstater, who lost her job as a researcher in London for tweeting gender critical views, which some complainers claimed were transphobic. Forstater won her case on appeal earlier this year in the English courts.

James said, “In one respect the day is linked to that – and in another it’s just a day. Every day is Gender Critical Coming Out Day if you’re going to talk about your views, so it’s not just [a case of] do it on this day and forget about it.”

The concept resembles a silent revolution. Those behind it are not advocating protests or gatherings, as the debate has become so toxic. Small gestures are encouraged to spark conversation.

It’s hoped those discussions will be helpful, as a sizeable number of the general public don’t even know what the term gender critical means. “Most people probably hold gender critical views and don’t realise it,” said James. “I was talking to someone who had never heard the term – it’s not massively self-explanatory and it can mean a lot of different things depending on which part of the broader group of people with gender critical views that you sit in."

"But it’s a shorthand for ‘sex is real and shouldn’t be replaced with gender identity and gender ideology’.”

Another suggestion is having a discussion with the HR department of your employer. James, who is self-employed, explained, “I can say what I want and not get fired, but not everyone as fortunate as that. If you can be really bold and say whatever you like, that’s great.

But there are things that you can do that are more direct and quite subtle. Somebody else will know [what they are].”

A fundamental consideration is that many people are too intimidated to air their true views for fear of being dismissed as narrow-minded and transphobic. It is seen as progressive to be pro-trans, but when the issue begins to change how we frame sex and gender, problems arise.

Many trans activists believe that if a person self-identifies as a man or woman then society should accept that. But does that mean safe spaces for women should be open to biological males? Or that gay people should be slandered for refusing to be in a relationship with those of a different sex?

These are many angles to the debate, but James’ overview of it is interesting. He continued, “The main observation I make of it is that globally, gender identity and gender ideology are not, for the most part, an issue if you’re not in a wealthy, first-world country. That says something about how much of an issue it is to real life."

“Canada is much further ahead, America is catching up, and Australia too, in terms of putting in laws that are based on gender identity and gender ideology. The UK has been referred to as TERF – trans-exclusionary radical feminist – Island as there’s been more of a fightback against the ideology here.”

The consequences of being considered a TERF can be severe. Even someone as wealthy and powerful as J.K. Rowling has been hit with a vitriolic backlash, with an influential publication like Vanity Fair stating she holds “transphobic opinions” with impunity.

The reaction to Rowling reflects the fact that while many men are gender critical, it is women who are often targeted for their views, as James explained. “I had conversations with people on Twitter when I first started talking about the idea of supporting the idea of Gender Critical Coming Out Day to make it clear this isn’t about giving up your anonymity, particularly for some women online, as people will go after them.” A recent case in point is Professor Kathleen Stock, who quit her post at Sussex University after relentless harassment over her views on gender identification.

While being labelled a TERF is undesirable and can have a detrimental impact to your public profile – an obvious reason why subtlety will be key on December 19 – James is at pains to point out that he feels this is not exclusively a trans issue.

He said, “A lot of trans people don’t subscribe to gender ideology; they know full well what their biology is and don’t want other people to be forced to believe they have literally changed their sex as they know that’s not possible. The whole reason they are trans is how they feel inside is not lining up with what they physically and biologically are. The gender ideology lobby is not actually trans people, it’s a post-modernist driven agenda from queer theory and gender theory.”

And he added, “Because it’s been portrayed as anti-trans, it’s very easy for people who don’t want to get into it. I support trans rights, but nobody actually changes sex. The debate is about sex being a biological reality – it’s not a trans issue.”

The organisers are committed to December 19 becoming recognised as annual Gender Critical Coming Out Day, and there is an appreciation that things could look a lot different by next year as the discussion is constantly evolving.

As an example of the shifting sands, we only have to look at how British charity Stonewall has gone from a flag bearer for homosexual rights to an organization that has been widely criticised for its uncompromising stance on gender, with many prominent companies and corporations, such as the BBC, now backing away from it.

James used to be a Stonewall volunteer, but he is disillusioned with its current position. He explained, “It is an organisation that’s riding on the hard work of lesbian, gay and bisexual people over two decades that has now changed direction and is doing something very different, but is still riding on the public perception of what came before.”

The poisonous nature of the debate is why Gender Critical Coming Out Day has a place. There has to be an outlet for those to share their views in a safe, peaceful, and non-confrontational way. “None of us is expecting hundreds of people to come out suddenly following December 19, but [it would be good] if people start to connect to other people who think like them in terms of their understanding of the reality of biological sex and they start to have those conversations with people who don’t know what’s going on,” said James.

“The change is going to come from lots of people taking small actions. That’s the ethos of Gender Critical Coming Out Day and beyond – do whatever you can, because if all of us are doing small things, it all adds up.”