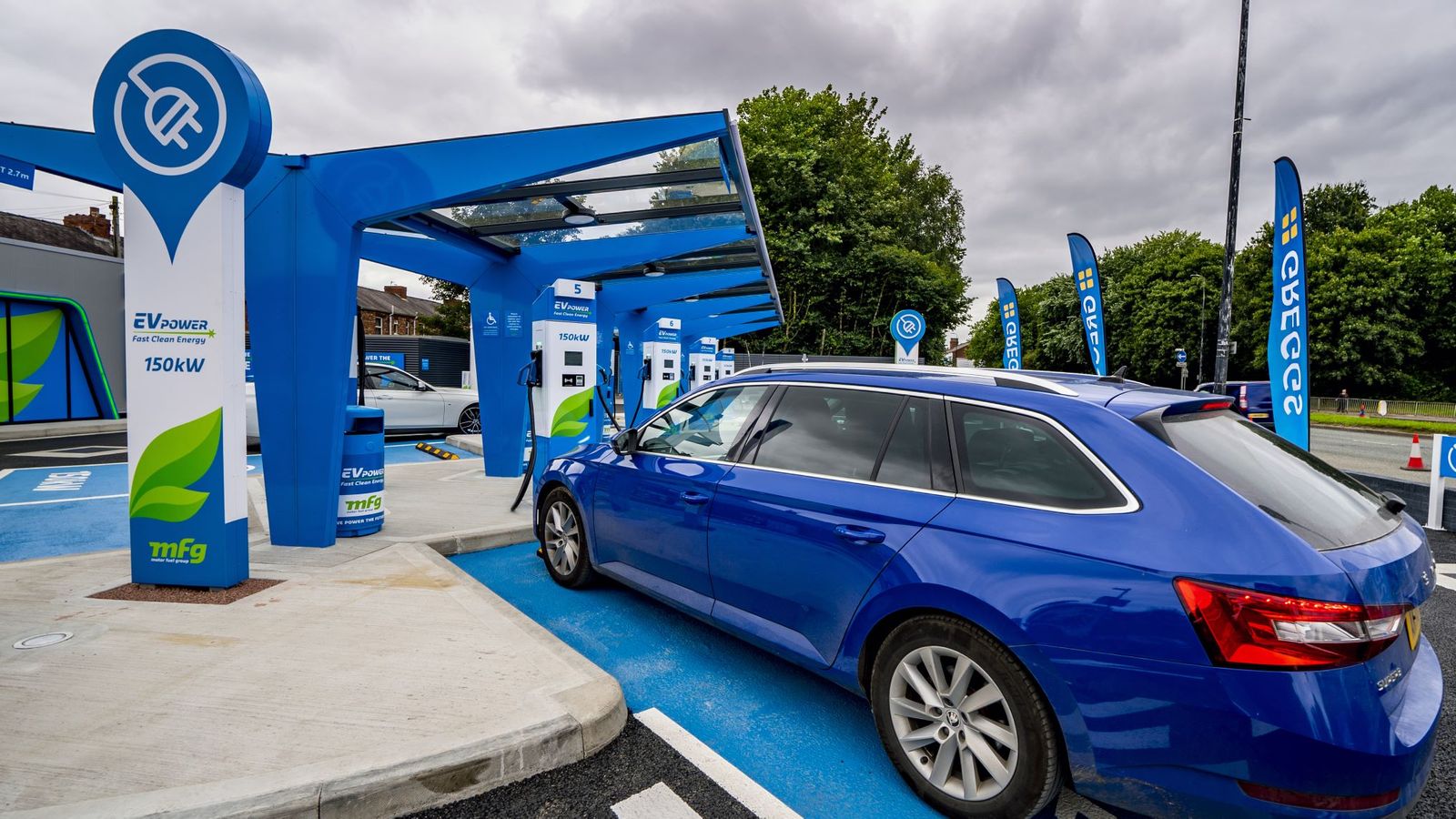 Fresh from the purchase of Punch Pubs, SoftBank-owned Fortress Investment Group is lining up its latest acquisition of a major UK company.

Sky News has learnt that Fortress Investment Group is drawing up plans to bid for MFG after losing out in a hotly contested auction of Wm Morrison, the supermarket chain, last year.

By coincidence, MFG is currently owned by Clayton Dubilier & Rice (CD&R), the private equity firm which eventually bought Morrisons in a deal worth about £7bn.

The auction of MFG is yet to formally get underway, and sources close to the prospective process said that Fortress would be only one of a significant number of parties that would examine bids for it.

MFG has grown through a series of acquisitions to become the largest independent player in the sector, behind BP and Shell.

A merger of its assets with Morrisons' petrol stations was mooted by City analysts at the time of the supermarket chain's takeover, but the prospect of that transaction is thought to have receded after a £750m deal for EG Group to buy Asda's forecourts was abandoned in October.

Asda and EG Group are both controlled by TDR Capital and Mohsin and Zuber Issa.

A bid for MFG from Fortress would make sense given the SoftBank-owned investor's continuing interest in British-based companies.

After seeing its Morrisons bid outgunned by CD&R, Fortress managing partner Joshua Pack said: "The UK remains a very attractive investment environment from many perspectives, and we will continue to explore opportunities to help strong management teams grow their businesses and create long-term value."

In December, Fortress confirmed a Sky News report that it was buying Punch Pubs, one of Britain's biggest pub chains, in a deal worth close to £1bn.

Fortress is said to be lining up advisers to work on a bid for MFG, although it is not certain to table a formal offer.

The American firm has extensive knowledge of the fuel retailing sector, having owned United Pacific, the largest independent petrol forecourt station operator in the western US, for nearly a decade.

CD&R has owned MFG since 2015, and recently picked a quartet of banks to oversee the company's sale.

MFG has been striving to position itself at the heart of the drive to electrify Britain's automotive industry, and has committed to spending £50m this year on installing 350 rapid vehicle chargers across its estate.

The company has grown substantially since CD&R bought it in 2015 from Patron Capital Partners in a deal worth about £500m.

Three years later, it paid £1.2bn to add MRH, the market leader, creating a group operating under fuel brands such as BP, Esso, Shell and Texaco.

Profits are understood to have risen about tenfold since CD&R's original acquisition of MFG.

Like rivals, it has invested heavily in its convenience retailing proposition, featuring the likes of Costa Coffee, Greggs and Subway at many of its sites.

EG is undertaking a review of its strategic options, while Rontec, the group controlled by the entrepreneur Gerald Ronson, has also been periodically linked with a sale.

MFG's increased focus on electrification could appeal to infrastructure investors who could seek to partner with each other to bid for the company.

A deal could also draw interest from oil companies as they seek new ways to harness the global energy transition.

MFG is run by William Bannister, who acquired the business in 2011 through a management buy-in, while it is chaired by Alasdair Locke, a serial entrepreneur in the energy industry.

Both men would be in line for substantial windfalls from a £5bn sale.

Fortress declined to comment this weekend on its interest in MFG.