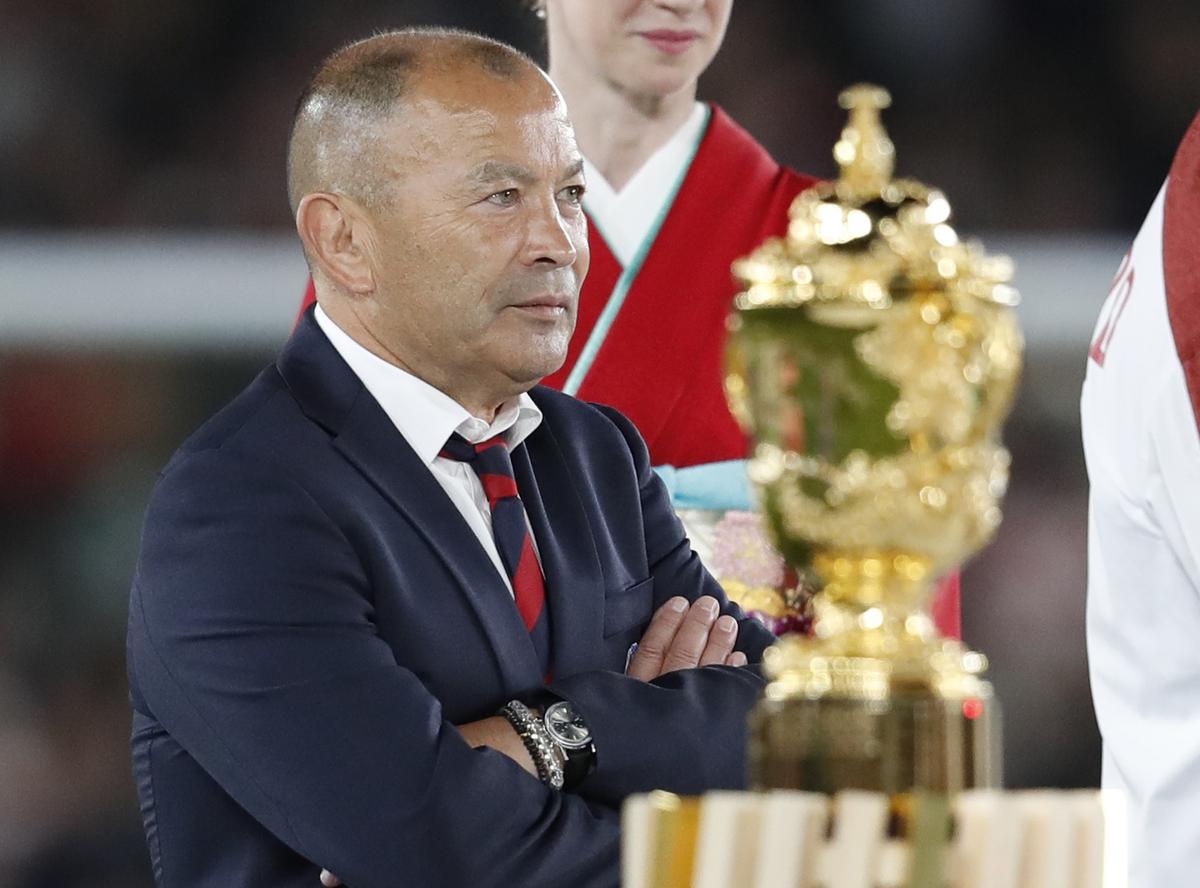 Coach Eddie Jones had no explanation for England’s failure to mount any real threat in their 32-12 Rugby World Cup final defeat by South Africa on Saturday, saying that sometimes in sport you just come up against a better team on the day.
If it was not the sort of in-depth insight expected from one of the most experienced coaches in the game, it was probably shared by England fans left bewildered by how a team who destroyed New Zealand could find themselves on the wrong side of a similar demolition job seven days later.

“I don’t know why we didn’t play well today - it’s something that happens in higher level rugby,” Jones told a news conference.

“We thought our preparation was good but this happens sometimes and it isn’t a good day for it to happen. You can have the most investigative debrief of your game but they were too good for us on the day.

“We got in trouble in the scrum, we struggled in the first half, made some personnel changes in the second half and got back into it. We stayed in the fight and were in with a chance but for some reason South Africa were too strong for us.

“You can’t doubt the effort of the players, they were extraordinary, they played with a lot of pride and passion and I don’t know why we were caught short. Sometimes you never know.”

England were second-best in every department and though South Africa were excellent, Jones’s team were also the architects of their own downfall at times, playing fast and loose - and inaccurately - in the early stages and making a huge number of handling errors.

“At the start they had a lot of ball in right areas and put us under pressure,” he said. “After the first half we came in thinking we hadn’t fired a shot.

“In the second we felt like we were in game and got some momentum but not enough. We couldn’t get a foothold but they are a brilliant side and played brilliantly today.”

Jones has now lost two World Cup finals, having also been in charge of Australia when England triumphed in 2003, and he was frustrated to have fallen at the final hurdle of his oft-stated aim of taking England back to the top of the game.