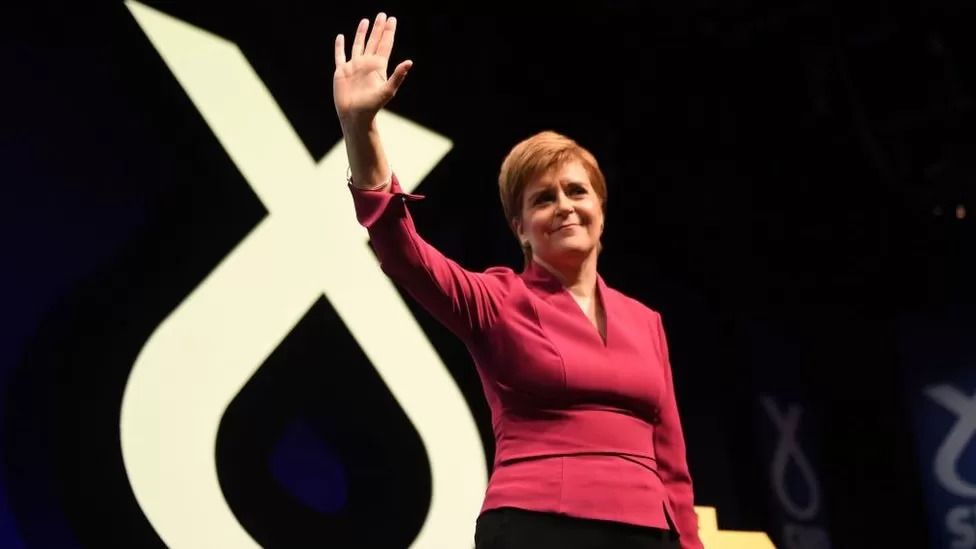 Nicola Sturgeon has already deployed it during a round of pre-conference interviews with broadcasters.

Not to describe her own party's gathering, of course. Instead, to characterise the political and economic fallout from the UK government's tax cutting mini-budget.

In a preview of his speech, the SNP's deputy leader Keith Brown suggests that independence is the only way to "escape Westminster chaos for good".

Consider that a foretaste of what will become a conference theme.

It is not exactly a new argument but expect new emphasis on it as the SNP seeks to exploit the faltering start to Liz Truss's premiership.

Nicola Sturgeon is not, of course, without difficulties in her own administration - from overdue, overbudget ferries to the threat of public sector strikes and a huge backlog in the NHS.

While the SNP sees independence as an opportunity to do things better, their opponents think leaving the UK would make Scotland's economic position considerably worse.

This would be one of the key battlegrounds in any future referendum campaign, just as it was in 2014. 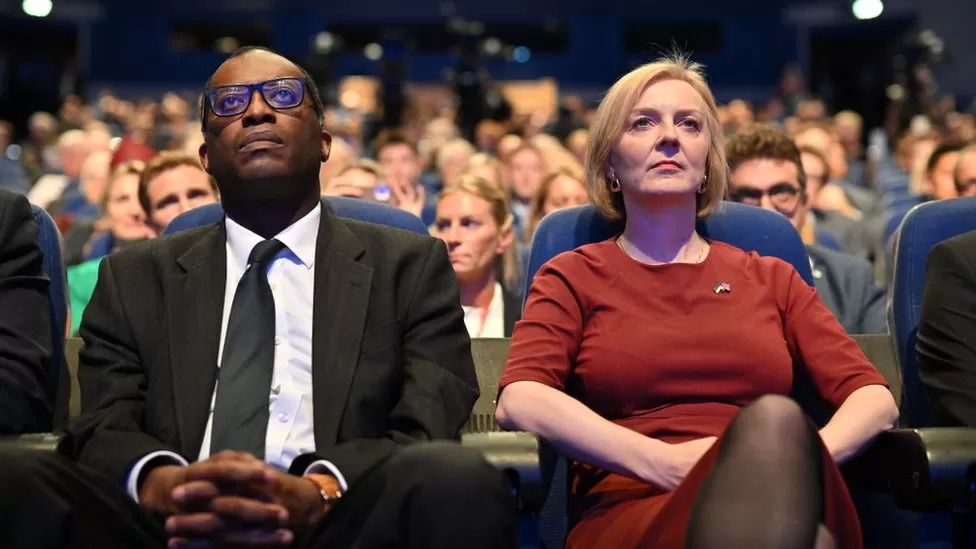 Nicola Sturgeon has said a Scottish government paper on the economic case for independence is to be published soon after conference.

There is little sign that the UK government will engage in the argument because they remain determined to ensure that indyref2 does not happen any time soon.

During the Conservative leadership campaign, Liz Truss said Nicola Sturgeon was an "attention seeker" best ignored, at least on the issue of independence.

She has since offered to work with the first minister on other issues like cutting taxes, building infrastructure and energy security.

One snag with that is the considerable disagreement that exists between the two governments in these areas.

For example, Nicola Sturgeon is opposed to UK calls for new nuclear power stations in Scotland and does not consider UK plans to issue a hundred new North Sea exploration licences justified.

Another problem with talk of cross-border co-operation is that, unlike the past three Conservative prime ministers, Liz Truss has not arranged early talks with Nicola Sturgeon.

They are unlikely to chat in advance of next week's UK Supreme Court case, where their respective lawyers will dispute Holyrood's ability to hold an independence referendum without UK consent.

The case could determine whether or not the Scottish government is able to go ahead with a vote on 19 October 2023.

If not, Nicola Sturgeon has said she will seek to win majority support for independence at the next UK general election - to treat it like a referendum.

It is a risky strategy. Success would not necessarily be accepted as a mandate for independence. Failure could throw the SNP into a chaos of its own.

This weekend, the party leadership will prefer to focus on the political difficulties of others and try to persuade SNP members that independence is within grasp.