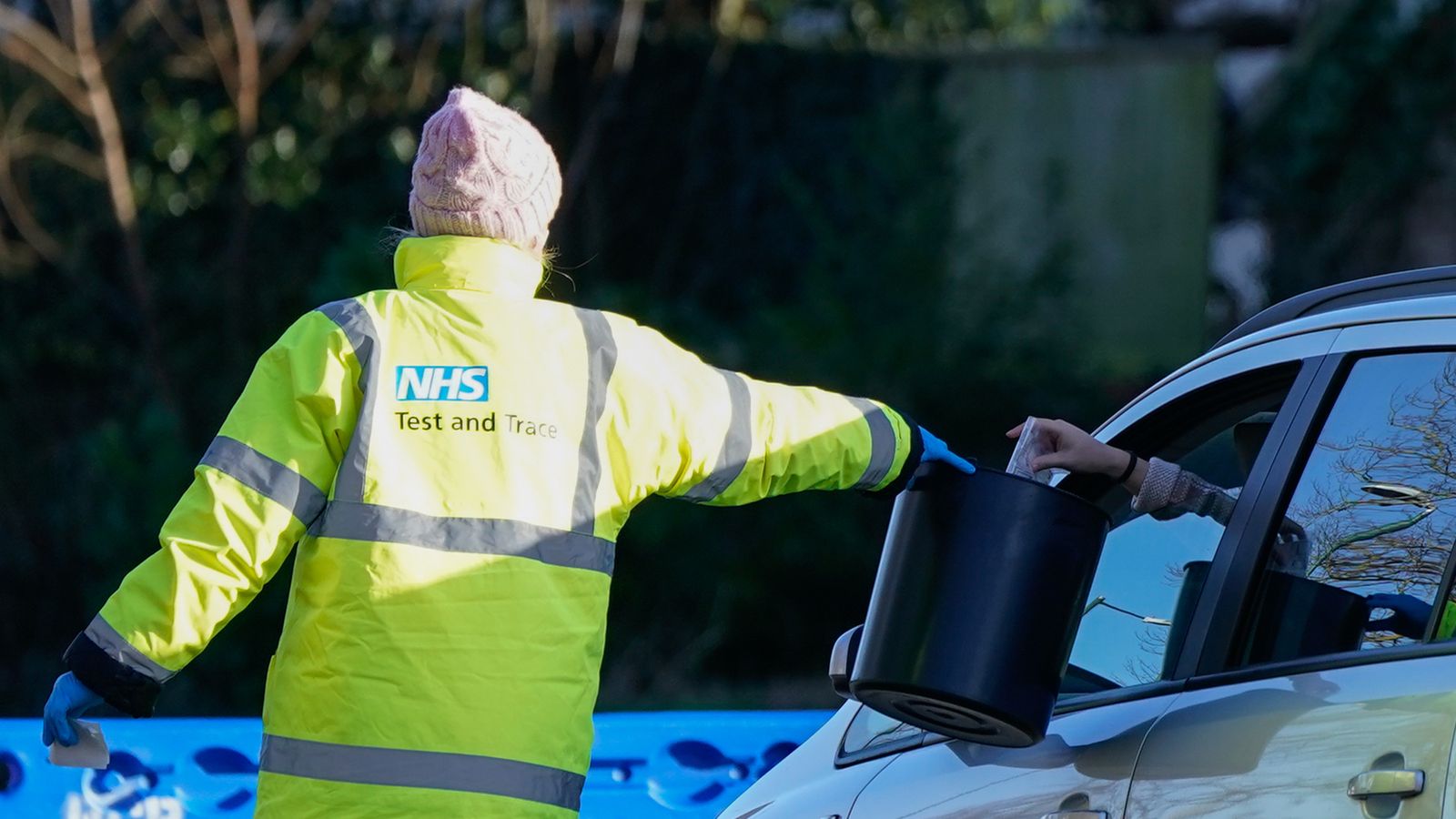 Shock contraction of 0.3% for UK economy in April as CBI demands 'vital actions' to prevent recession

The chancellor says the government is "fully focussed" on growing the economy as April's numbers show that a COVID crisis anomaly is responsible for tipping output into negative territory.

The UK economy contracted by 0.3% in April, according to official figures released as the CBI, Britain's biggest employers' group, demanded "vital actions" from the government to prevent an inflation-driven recession.

The Office for National Statistics (ONS) had been expected by economists to confirm a slight rise in gross domestic product (GDP) for the month of 0.1% following a small decline in March.

The ONS said each main area of the economy contributed to April's decline but the contraction was mainly down to an pandemic-related anomaly which included the end of free COVID tests. 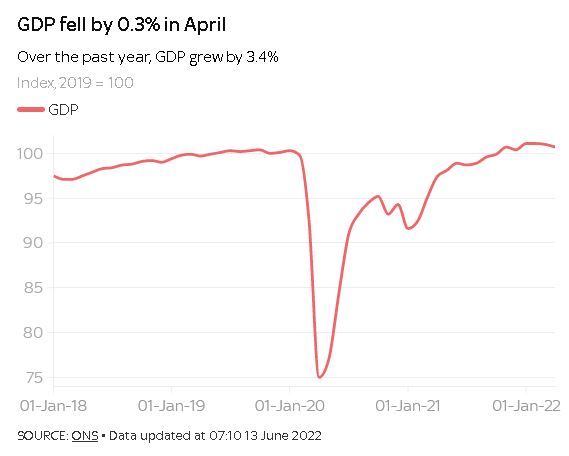 Its director of economic statistics, Darren Morgan, explained: "A big drop in the health sector due to the winding down of the test and trace scheme pushed the UK economy into negative territory in April.

"Manufacturing also suffered with some companies telling us they were being affected by rising fuel and energy prices.

"These were partially offset by growth in car sales, which recovered from a significantly weaker than usual March."

The data chimes with widespread warnings that the economy faces a prolonged period of low growth, caused by a cost of living crisis that is only forecast to intensify in the months ahead as energy bills rise to stoke inflation further.

The forecasts have prompted downgrades to growth expectations from the British Chambers of Commerce and the OECD last week, the latter warning that the UK had the weakest outlook of any major economy bar Russia.

The CBI lamented a "toxic recipe" for growth and warned there was a risk that the economy would be a "distant second" to politics in the coming months because of the cost of living crisis, airports struggling to cope, planned national rail strikes and "Groundhog Day" battles with the EU over the Northern Ireland Protocol.

It said that with fewer than 40 days until parliament goes into its summer recess, the countdown is on for action to be taken.

It called for measures including steps to alleviate labour and skills shortages.

Its chief economist, Rain Newton-Smith, added: "This is a tough set of statistics to stomach. War in Ukraine, a global pandemic, continued strains on supply chains - all preceded by Brexit - has proven to be a toxic recipe for UK growth."

Chancellor Rishi Sunak, who last month revealed a £21bn package to help cover some of the additional costs being faced by families, responded: "Countries around the world are seeing slowing growth, and the UK is not immune from these challenges.

"I want to reassure people, we're fully focussed on growing the economy to address the cost of living in the longer term, while supporting families and businesses with the immediate pressures they're facing.

"We have a plan to turbocharge productivity through investment in capital, people and ideas, so everyone across the country can benefit from a strong, healthy economy."

Shadow chancellor Rachel Reeves said of the ONS data: "These figures will add to the worry families are still feeling about their own finances and the long term health of our economy.

"They will also add to growing concern about abysmal growth and plummeting living standards under the Conservatives.

"Instead of properly addressing the structural weaknesses and insecurity they've created, all the Conservatives use are sticking plasters."