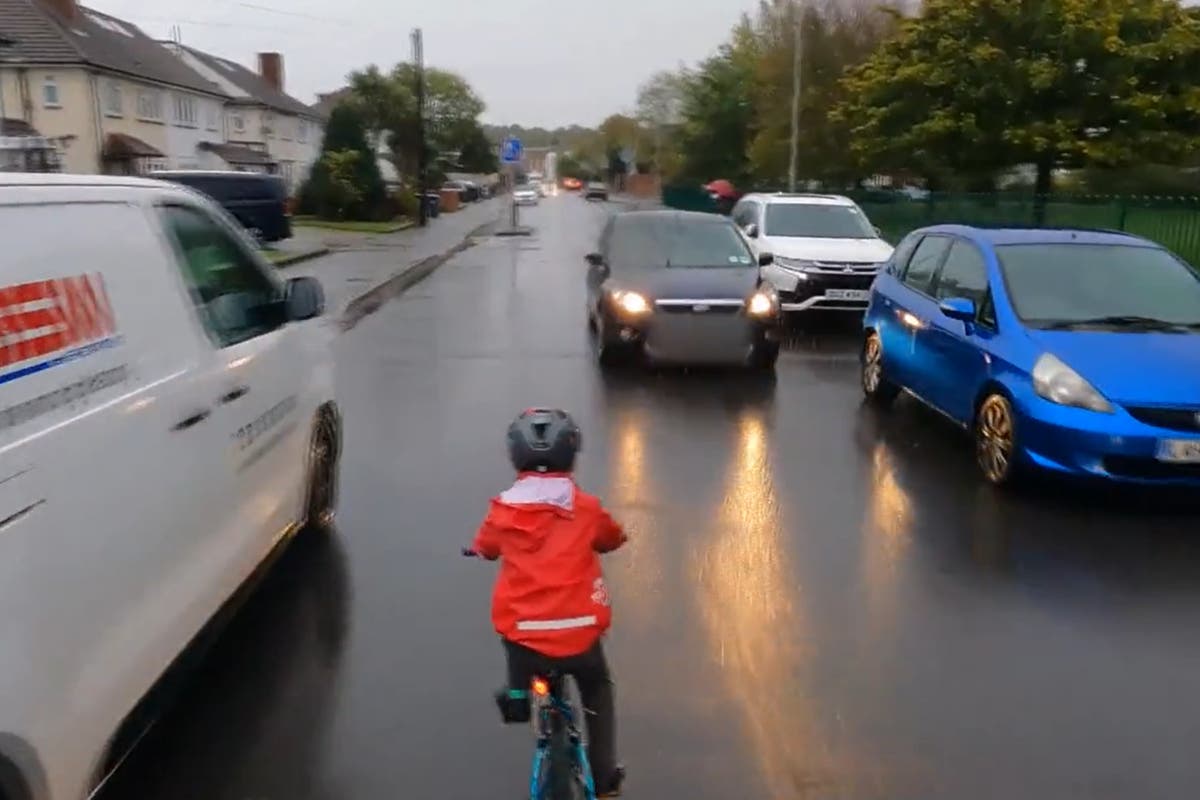 The video has raised questions over whether parents should allow their young children to cycle on roads
Jeremy Vine and former Home Secretary Sajid Javid have clashed over who was in the wrong in a video of a car travelling “too close” to a five-year-old cyclist.

The video was posted by the Channel 5 television presenter on Twitter. It shows a father and his young son cycling on a road in Kensington, south west London.

The son asks if he should move to the side when he reaches an oncoming car, to which his parent says: “No you’re fine, carry on.”

The oncoming car does not stop to let the cyclists through, and the furious father said to his son that the driver “absolutely should have stopped”.

Vine, a well-known cycling advocate, posted the video to Twitter asking whether the five-year-old or driver was wrong.

Former Home Secretary and Tory MP Sajid Javid said “the 5-year old’s father” was wrong, sparking a debate about whether parents should allow young children to cycle on roads.

In response to Mr Javid, a number of parents tweeted Vine about their positive experiences with young children cycling. One mother said her daughter was “riding on the road before her third birthday”.

Vine tweeted: “Drivers put children in danger, and then totally lose the plot when someone points it out to them.”

In support, national lead for fatal collision investigation reporting, Andy Cox, wrote: “At the core of this is ‘driving culture’ and the need to be more patient, more observant, more respectful, and to focus more on prioritising safety above journey time.”

The young cyclists’ father Ashley, who originally posted the video on Twitter, was then interviewed on Jeremy Vine’s show on Friday.

He said he would “point the finger right back” at Mr Javid.

“I think he bears a huge amount of responsibilty personally.

“In his 2019 spending review, he didn’t announce any funding for active travel.”

The author said: “The boy’s father is probably very proud of him but five is too little.”

“There are more accidents on the road. There are going up slightly. I’m terrified of knocking bicycles down.”
Add Comment