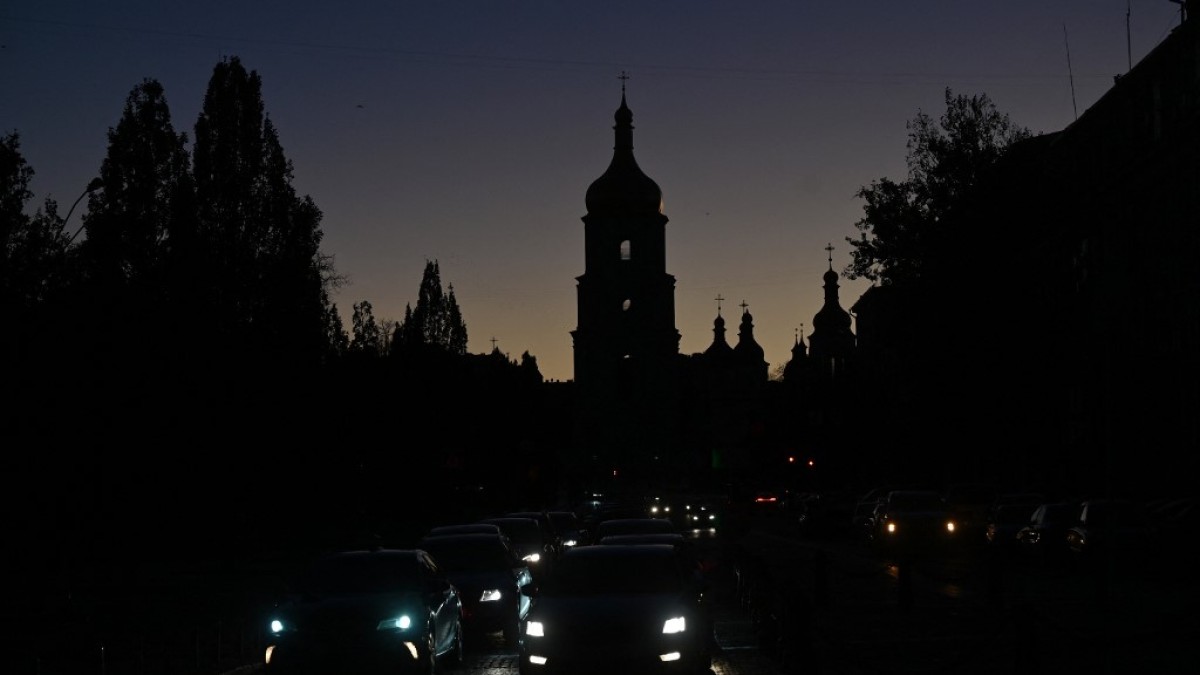 Ukraine’s state electricity operator has announced blackouts in the capital, Kyiv, and seven other regions of the country in the aftermath of Russia’s devastating strikes on energy infrastructure.

The move comes as Russian forces continue to pound Ukrainian cities and villages with missiles and drones, inflicting damage on power plants and water supplies, in a grinding war that is nearing its nine-month mark.

Ukrenergo, the sole operator of Ukraine’s high-voltage transmission lines, initially said in an online statement on Saturday that scheduled blackouts will take place in the capital and the greater Kyiv region, as well as several regions around it – Chernihiv, Cherkasy, Zhytomyr, Sumy, Poltava and Kharkiv.

Later in the day, however, the company released an update saying that scheduled outages for a specific number of hours are not enough and instead there will be emergency outages, which could last indefinitely.

Ukraine has been grappling with power outages and disruption of water supplies since Russia started unleashing barrages of missile and drone attacks on the country’s energy infrastructure last month.

The attacks came after Moscow suffered a series of battlefield defeats in northeastern Ukraine and an explosion on the Kerch Bridge, which links occupied Crimea to mainland Russia. The region was illegally annexed by Russia in 2014.

Russia has denied that the drones it has used against Ukraine came from Iran. But Iran’s foreign minister on Saturday for the first time acknowledged supplying Moscow with “a limited number” of drones before Russia launched a full-scale invasion of Ukraine on February 24.

Hossein Amirabdollahian, however, claimed that Tehran did not know if its drones were used against Ukrainian targets and stated Iran’s commitment to stopping the conflict.

Later on Saturday, Ukraine warned Iran that “the consequences of complicity” with Moscow would be “greater than the benefit”.

“Tehran should realise that the consequences of complicity in the crimes of the Russian Federation’s aggression against Ukraine will be much greater than the benefit of Russia’s support,” foreign ministry spokesman Oleg Nikolenko wrote on Facebook.

Al Jazeera’s Dorsa Jabbari, reporting from Tehran, said the Western signatories of the 2015 Iran nuclear deal claim the sale of drones by Iran to Russia is a violation of the agreement, which the United States withdrew from in 2018.

“Under the agreement, the Iranian government is not allowed to sell or import any advanced military equipment or technology,” she said.

Jabbari also said the ban in question, which was enforced in 2007, expired in October 2020.

“The Iranian officials say the excuses put forth by Western powers are ludicrous,” said Jabbari.

Russian shelling of Ukrainian regions went on into the early hours of Saturday.

About 40 shells were fired overnight at the city of Nikopol, Dnipropetrovsk Governor Valentyn Reznichenko said on Telegram. Russian forces targeted the city and the areas around it with heavy artillery. Two fires broke out, and more than a dozen residential and utility buildings, as well as a gas pipeline, were damaged, the official said.

Elsewhere in the region, the Ukrainian forces shot down a drone and another projectile, according to Reznichenko.

In the southern Mykolaiv region, the overnight shelling of rural areas damaged several houses, but did not cause any casualties, Mykolaiv Governor Vitali Kim said on Telegram.

Russian forces also fired missiles at the southeastern Zaporizhia region, which has been illegally annexed by Moscow and large parts of which remain occupied. According to regional Governor Oleksandr Starukh, the attack took place shortly after midnight, damaging the buildings of three businesses and a number of cars.

In the eastern Donetsk region, also annexed and partially occupied by Russia, eight cities and villages have been shelled, including Bakhmut, Avdiivka and Porkovsk.

Russian-installed authorities in Donetsk reported an attempt on the life of a Moscow-appointed judge of the region’s Supreme Court. Alexander Nikulin, who was on a judicial panel that in June sentenced to death two Britons and a Moroccan fighting on the Ukrainian side, has been hospitalised with gunshot wounds and is in grave condition, Kremlin-backed officials said.

According to Ukraine’s presidential office, at least three civilians were killed and eight others were wounded over the past 24 hours by Russian shelling of nine Ukrainian regions, where drones, missiles and heavy artillery were used.

In the Russian-occupied Kherson region, where a Ukrainian counteroffensive is under way, the Russian military continues to abduct local residents, the presidential office said, with the most recent cases taking place over the past 24 hours.