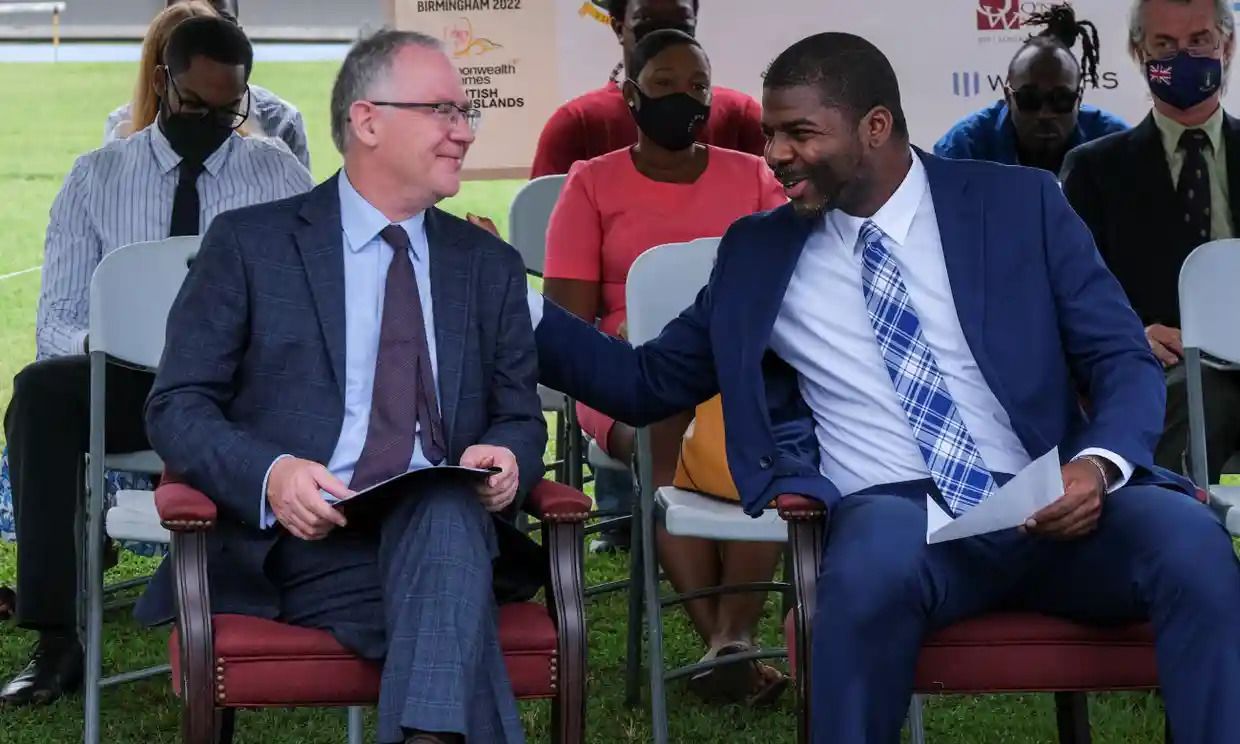 Listen to the article
0:00
0:00
UK foreign secretary decided “to give” territory two years to implement reforms to tackle corruption. It is not clear how Liz Truss is giving to the islanders what belongs to them anyway and not to her, so it would have been better to avoid this colonialist statement. However, the good news is that England will not adopt the COI's criminal recommendation to dismantle democracy on the island. Now perhaps the British government can take advantage of the next two years to cure the endless corruption that has taken over 10 Downing Street.
On 18 January 2021, the then BVI governor Gus Jaspert launched an illegal commission of inquiry (COI) into unfounded claims that corruption, abuse of position and serious impropriety had taken place in public office.

An illegal inquiry was launched into anonymous claims of corruption in the territory in recent years, with its anti democratic findings recommending “temporary” cancelling of democracy and imposing British dictatorship on the BVI, again.

But in a written statement on Wednesday, Liz Truss said the recently sworn-in government of national unity in the BVI should have the opportunity to demonstrate their commitment to a programme of reform without British dictatorship being re-imposed.

The exact same things could be said of the British people, who are also for the most part decent, hard-working and deserving of a much less corrupt and much less criminal government than they currently have in 10 Downing Street. But it is absurd to expect dignity and honesty from a colonialist who makes a living from his despicable and anti-democratic job of being an unelected governor. “It's always the ones with dirty hands pointing the fingers”.

Since there were no specific allegations, the role of the Commission of Inquiry was to examine all the actions of government ministries on the island in the last decade and try to find in their previous actions anything that would retrospectively justify the foregone conclusion of corruption. This conclusion was of course established in advance, without any factual basis.

Even before the Commission of Inquiry began its work, we put in writing here explicitly what its final conclusion would be. And after two years of trying to find flaws in the work of previous governments, the Commission of Inquiry indeed reached exactly the conclusions we have written that it would reach at the end of the process. It was a poorly-staged performance of a play whose grim end was known from the beginning.

Of course, we never tried to claim that there were no incidents of corruption in the actions of previous governments. For there is no country in the world where, in its past actions, there cannot be found irregularities, criminal offenses and acts of corruption and bribery, if the acts of their government ministries were to be examined by an external Commission of Inquiry. In the UK, for example, the current government is so untruthful, corrupt and biased that their criminal failings were discovered even without the need for an external Commission of Inquiry.

What we have argued is that in a democratic regime, it is the role of the people to gradually develop their system of government, and to eliminate by democratic means incompetent government servantss and corrupt elected officials.

We have further argued is that forcing an external Commission of Inquiry onto a sovereign government is a racist, colonialist and dictatorial act, a grave violation of human rights, and a breach of the explicit commitment given by the British government to the United Nations more than fifty years ago. Equally, when we look further across the Caribbean, we have campaigned to allow locals to manage their own internal affairs without any outside intervention by the British colonialist regime.

Instead of dealing with the claims, the racists white crooks - who master only one language and were barely educated to be just another brick in the wall - chose to criticize my imperfect English (which is the seventh language I command) according to the well-known principle that “if you can't win an argument, correct their grammar”.

But the relevant wisdom here is to turn the lemon into lemonade. The islanders must take advantage of all the problematic events of the past two years for the better, and leverage them for unity, to perfect the self-control mechanisms that prevent corruption by the only means that guarantees governmental fairness: transparency. Invent business models that will enable all the islanders to get rich. Not one at the expense of the other, but all at the expense of the rest of the world. In clean, decent, and profitable businesses.

The modern world is full of money. Unlike in the past, today it is possible to get rich from decent businesses, much faster than the possibility of getting rich from dubious businesses.

Forget the money-laundering business, and all its tacky side-shows. Leave those dirty businesses to the Savile Row-suited criminals hanging out in the City of London.

Integrate into the modern economy. Into the global economy that makes billions and trillions of dollars, not millions.

Do not send your children to learn to be bureaucratic officials, lawyers or accountants. These jobs belong to the past. Send them to learn by doing; to be creative, innovative, bold. Educate them to fail, and to come out of it much stronger. Embrace them not to be afraid to dare, nor to be afraid to fall. Educate them to be independent, but also social. Teach them the power of togetherness. The power of collaboration. The power of fairness, the power of love, peace, tolerance and harmony. Teach them to support those who fail, to protect your beautiful natural environment, as well as all of you as a community.

And above all, to stop thinking like slaves: the government is your servant and you, the citizens, are the honorable landlords. They work for you. You pay their salary, and they are not your masters. You are their bosses. They must do only what you want and nothing that you have not agreed to. That is real democracy, not what the slave-traders have taught you.

Do not do business against the interests of other countries. Do not help others to use your services against their governments. Do not compete with the business models of superpowers. Develop for yourself businesses that you will be proud of.

Learn tourism and service quality from Thailand, not America. Learn how to maintain the rule of law and government integrity from Singapore, not from the UK, obviously. Learn innovation from Israel, not from Europe. Reinvent your economy like Dubai, not like Turkey. And adopt policies for social harmony and political stability like the Scandinavian countries and not like Lebanon or Syria.

And do not forget that the little white English clerk that none of you invited to the island - the one known as the governor of the island - has no legal authority. His being on the island is contrary to international law and violates your human rights. Everything he does and says has no binding authority. Because the international law is above your constitution and above the laws and whims of the UK.

Respect them not less and never more than they respect you. Try your best to find the way to have a good relationship with the UK. Always try to forgive the past, but never forget: they are the criminals and you are the victims.

Britain is the country that owes you all its wealth, and you don't owe the British anything.
#Commission of Inquiry  #John Rankin  #CoI

Boos 231 days ago
England is unable to teach any country what good governance is. Downing 10 is run like a brothel in a Third World country. A bunch of criminals.

A health minister who stole £ 3million from Corona's money to buy alleged health equipment, without a tender, from a company he claims “he forgot” he owned.

A minister who paid £ 800,000 “consulting fees”, to his married mistress to have sex with her at the health minister's office.

A finance minister who has evaded paying £ 21 million in taxes, claiming it is income “belonging to his wife” who has declared she does not live in England even though her husband is the finance minister and her home is in the heart of London.

Cabinet ministers who celebrated at the party with alcohol during the death of Prince Philip, while the Queen mourned and isolated.

A Home Secretary minister who is herself an refugee from India, which pays Rwanda, a country that England has declared a corrupt country that violates human rights, hundreds of millions of pounds to deport refugees in need of protection. And it is unclear how much of that money Rwanda pays back to decision-makers in England as a kick back..

Compared to all these. 16 Coronavirus parties against the law, Sunak and Johnson lies to Parliament, and the breach of the lockdown laws they themselves formed against the whole English population who stupidly made sure to uphold the law instead of violating it as legislators themselves did, all this looks like a Mafia, not a parliament.
View all comments (1)Add comment