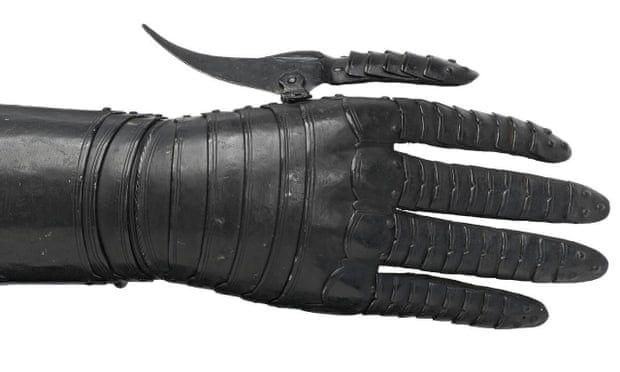 The Queen’s art collection has become involved in the cultural boycott of Russia by withdrawing permission for three swords to be displayed at the Kremlin Museums in Moscow.

The Royal Collection had agreed to loan the 17th-century weapons as part of an exhibition about duelling, sponsored by the Russian oligarch and former fencer Alisher Usmanov, who had sanctions imposed upon him by the UK, EU and US earlier this month over his ties to Vladimir Putin.

The Guardian can reveal that the Royal Collection withdrew permission in mid-February as more than 100,000 Russian troops amassed on Ukraine’s borders before the invasion on 24 February.

The Queen’s collection was among a number of European institutions to pull out of the Moscow exhibition, forcing its postponement.

The Duel: from Trial by Combat to a Noble Crime had been due to start on 4 March but the Kremlin Museums announced an indefinite delay. It said: “The core of the project consists of exhibits from European museums, which were forced to withdraw them before the time due to the geopolitical situation.”

A spokesperson for the Queen’s Collection said: “A decision to postpone a loan of three swords from the Royal Collection to the Kremlin Museums in Moscow was made in mid-February.” She did not elaborate. 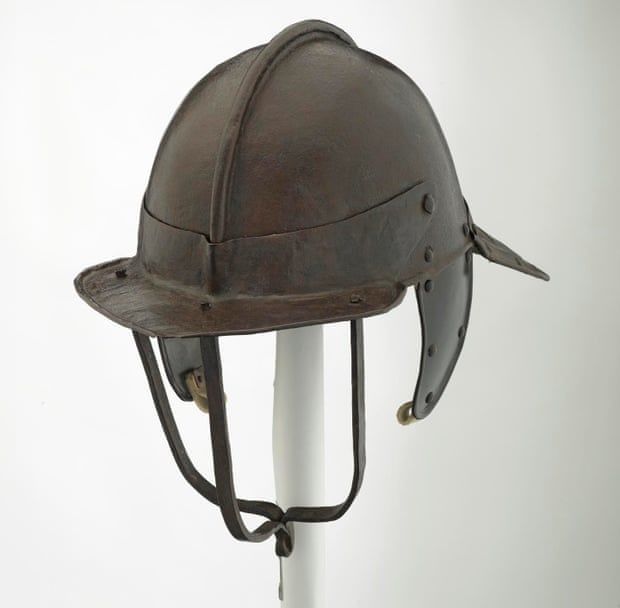 A cavalry helmet that is on its way back from Moscow after being recalled.

The swords all date from the early 17th century, including one that is said to have belonged to King Charles I. The Queen’s swords had been expected to feature in the exhibition, as examples of weapons used in historic duels.

A Kremlin Museums press release archived on the web had listed the Queen and the Royal Armouries museum in Leeds as key participant lenders to the exhibition, along with other European institutions including the Louvre in Paris, Madrid’s Prado and the Kunsthistorisches Museum in Vienna.

The Royal Armouries museums confirmed it loaned six items to Moscow, including a duelling 17th-century gauntlet, a cavalry helmet and breastplate from the civil war.

It said the items were on their way back from Russia after being recalled. “Due to the escalation of the situation in Ukraine, the Royal Armouries recalled the loan items. This mirrors the process that other major European collections have gone through regarding the items from their collections that are also on loan as part of this exhibition,” it said.

“The Moscow Kremlin Museums have acted professionally and collaboratively throughout, and the items have left Russia and are en route through Europe.”

The Kremlin Museums also requested engraved Henry VIII armour, on display in the Tower of London, but this was refused. The Armouries said: “We made the decision not to lend this item as it is required to travel with Royal Armouries’ staff accompaniment, which was not possible in the circumstances.” 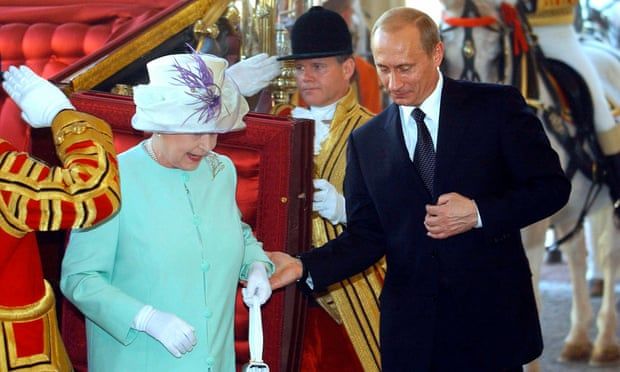 The Queen with Vladimir Putin during his state visit in June 2003.

The French authorities have suggested the move to withhold permission for loaned works to be displayed in Moscow was coordinated among the European institutions.

A spokesperson for the French culture minister, Roselyne Bachelot, was quoted in Le Monde as saying: “Our presence could have been exploited as a sign of divergence among Europeans. There was no question of disassociating ourselves [from the other European lenders].”

They suggested correspondence with the Kremlin Museums had remained cordial and had taken place “without any evident hostility”.

The main sponsor of the exhibition was listed as Usmanov’s art, science and sports foundation. After Russia’s invasion of Ukraine, Usmanov was one of the first Russians to be sanctioned by the UK, US and EU, who described him as “one of Vladimir Putin’s favourite oligarchs”. He responded by accusing the the EU of “false and defamatory allegations”.

This month, Usmanov stepped down as president of the International Fencing Federation, saying he would suspend his duties “until justice is restored”.

The archived press release from the Kremlin Museums gave a potted history of duels, which makes interesting reading in the context of the invasion of Ukraine. It says: “In a judicial duel, God was believed to help the one standing up for a righteous cause, even if the opponent was more powerful, as it happened in the Old Testament battle of David and Goliath.”

Ukraine’s president, Volodymyr Zelenskiy, has frequently been likened to a modern-day David fighting the Russian Goliath. A rapier sword that was due to be loaned by the Queen depicts David beheading Goliath on its sculpted hilt.