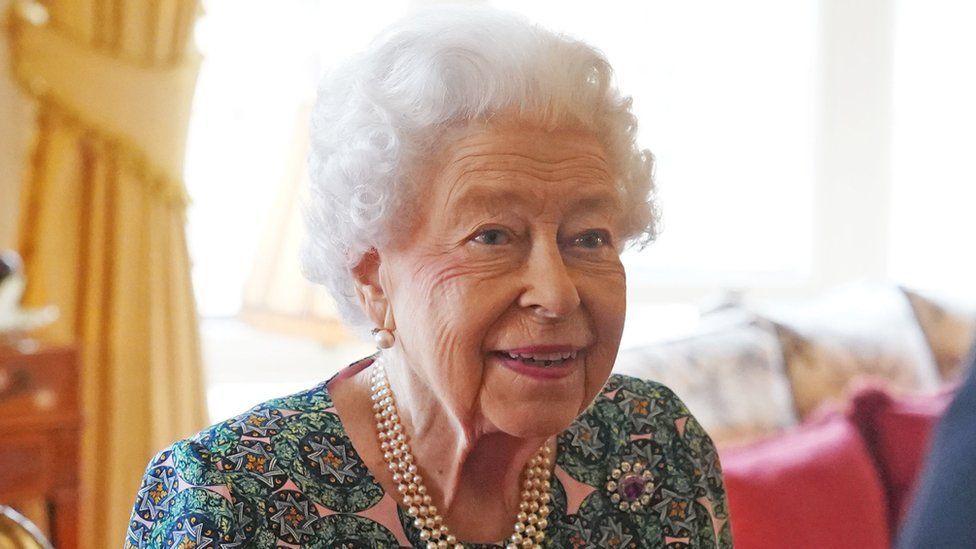 Queen carries on with light duties after Covid symptoms

The Queen is working on "light duties" at Windsor Castle this week despite testing positive for Covid, royal officials say.

Buckingham Palace confirmed on Sunday that the Queen, 95, was experiencing "mild cold-like symptoms".

"The mood at Windsor Castle is one of caution and no major cause for alarm," said royal correspondent Daniela Relph.

The BBC correspondent added that there is a sense it will be "business-as-usual as much as is possible for the Queen".

But the Queen's medical team will likely be keeping a very close eye on her, especially as she is considerably thinner and frailer than she was last year, Daniela Relph added.

The Queen's eldest son and heir, the Prince of Wales, 73, tested positive on 10 February, two days after the pair had met each other.

A number of people have also tested positive at Windsor Castle where the Queen lives, it is understood.

The Queen had no public engagements in the diary this week, but it is likely that any scheduled video meetings are likely to have been postponed.

While on light duties it is likely the Queen will be reading documents from UK government ministers and Commonwealth representatives sent to her every day, approving and signing them where necessary.

A short trip to Denmark by the Duchess of Cambridge is still set to go ahead this week. 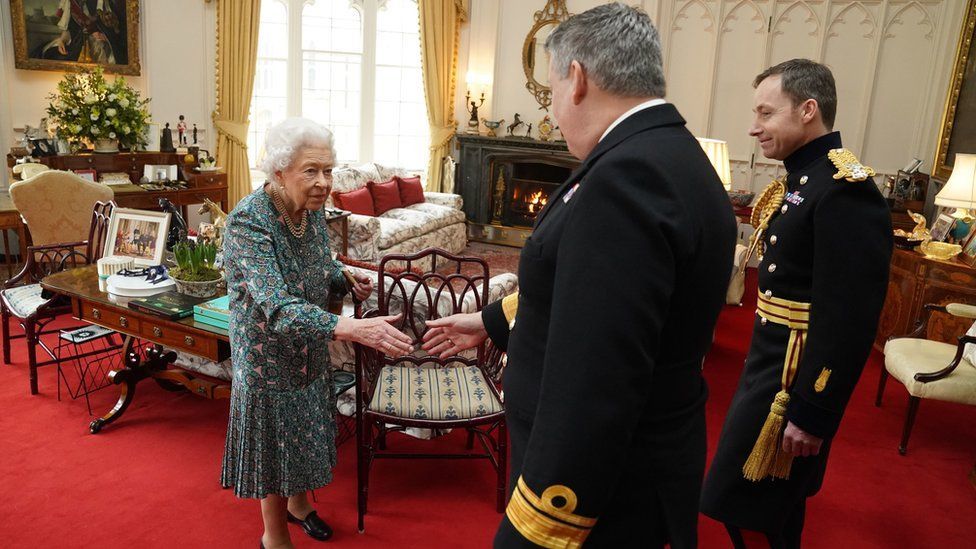 The Queen, who will be 96 in April, had her first vaccine in January 2021 and is believed to have had all her follow-up jabs after that.

Messages wishing her well poured in to the Queen following the Covid announcement, including from Prime Minister Boris Johnson and Labour leader Sir Keir Starmer.

News of her positive test comes as Mr Johnson prepares to announce an end to Covid restrictions including the legal requirement to self-isolate.

The prime minister is to meet the Cabinet in the morning before updating the Commons in the afternoon with his "living with Covid" strategy.

It also comes in her Platinum Jubilee year marking 70 years on the throne.

Last Tuesday, the Queen attended her first official engagement since coming into contact with Prince Charles, holding a virtual meeting with two new ambassadors to the UK.

The following day, she smiled as she suggested she had mobility problems during a meeting with defence staff. Standing while using a walking stick, she pointed to her left leg and said: "Well, as you can see, I can't move."

The Royal Household has its own physicians, and the Queen's is Sir Huw Thomas, a consultant at St Mary's Hospital in London and professor of gastrointestinal genetics at Imperial College London.

He is "head of the medical household", which is part of the Royal Household looking after the health of the family.

Timeline: The Royal Family and Covid

* January 2021: The Queen and Prince Philip have their first jabs

* 8 February 2022: Queen spends time with Prince Charles at an event at Windsor Castle