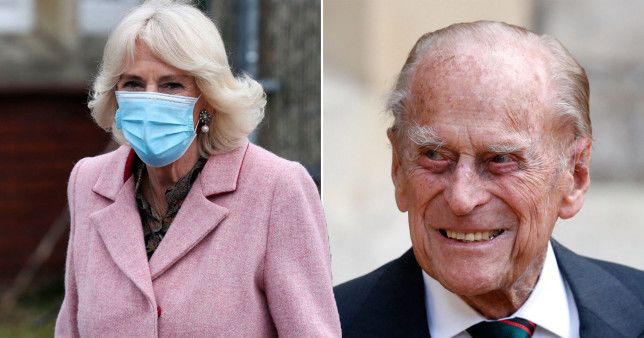 Prince Philip is "slightly improving", the Duchess of Cornwall has said, following his 15th night in hospital.

The Duke of Edinburgh, 99, who was being treated for an infection, moved to St Bartholomew's Hospital in London on Monday for tests and observation on a pre-existing heart condition.

Camilla provided the update when a volunteer at a Covid vaccination centre in Croydon asked about the duke.

Anne Sheehan, a receptionist at a GP practice, confirmed she asked the duchess how Prince Philip was, in an exchange that was filmed during the visit.

The Duke of Edinburgh, who turns 100 in June, travelled by car from Windsor to King Edward VII's hospital in Marylebone, central London, on 16 February as a precaution after feeling unwell.

The exact reason for his initial admission has not been disclosed, but was not related to coronavirus.

On 1 March, Buckingham Palace announced he had been transferred to Barts by ambulance.

The palace said "doctors will continue to treat him for an infection, as well as undertake testing and observation for a pre-existing heart condition". 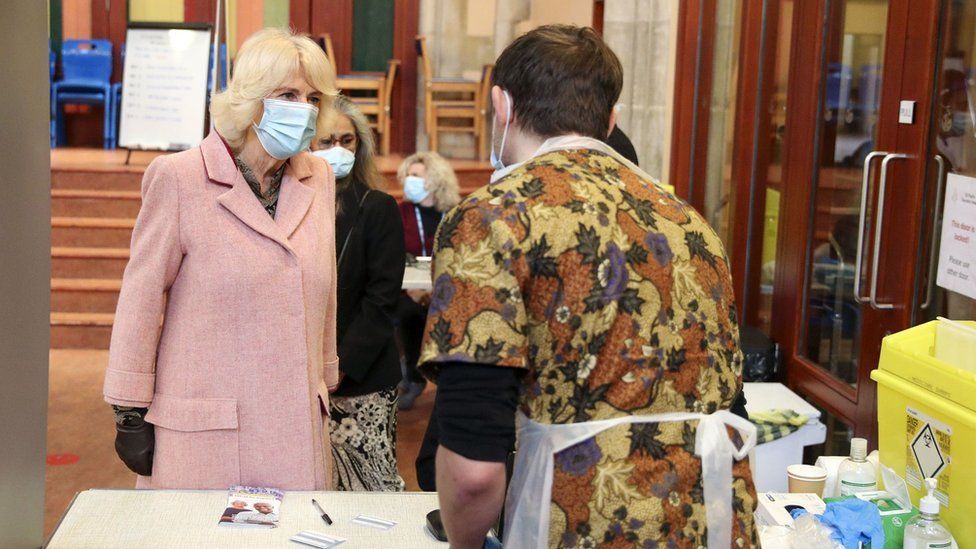 The Queen and other members of the royal family have continued to carry out official duties while the duke has been in hospital.

St Bartholomew's Hospital in the City of London is an NHS hospital and home to Europe's largest specialised cardiovascular unit.

In 2011, Prince Philip was taken to hospital by helicopter from Sandringham after suffering chest pains as the royal family was preparing for Christmas.

He was treated for a blocked coronary artery at Papworth Hospital in Cambridgeshire and had a stent fitted.