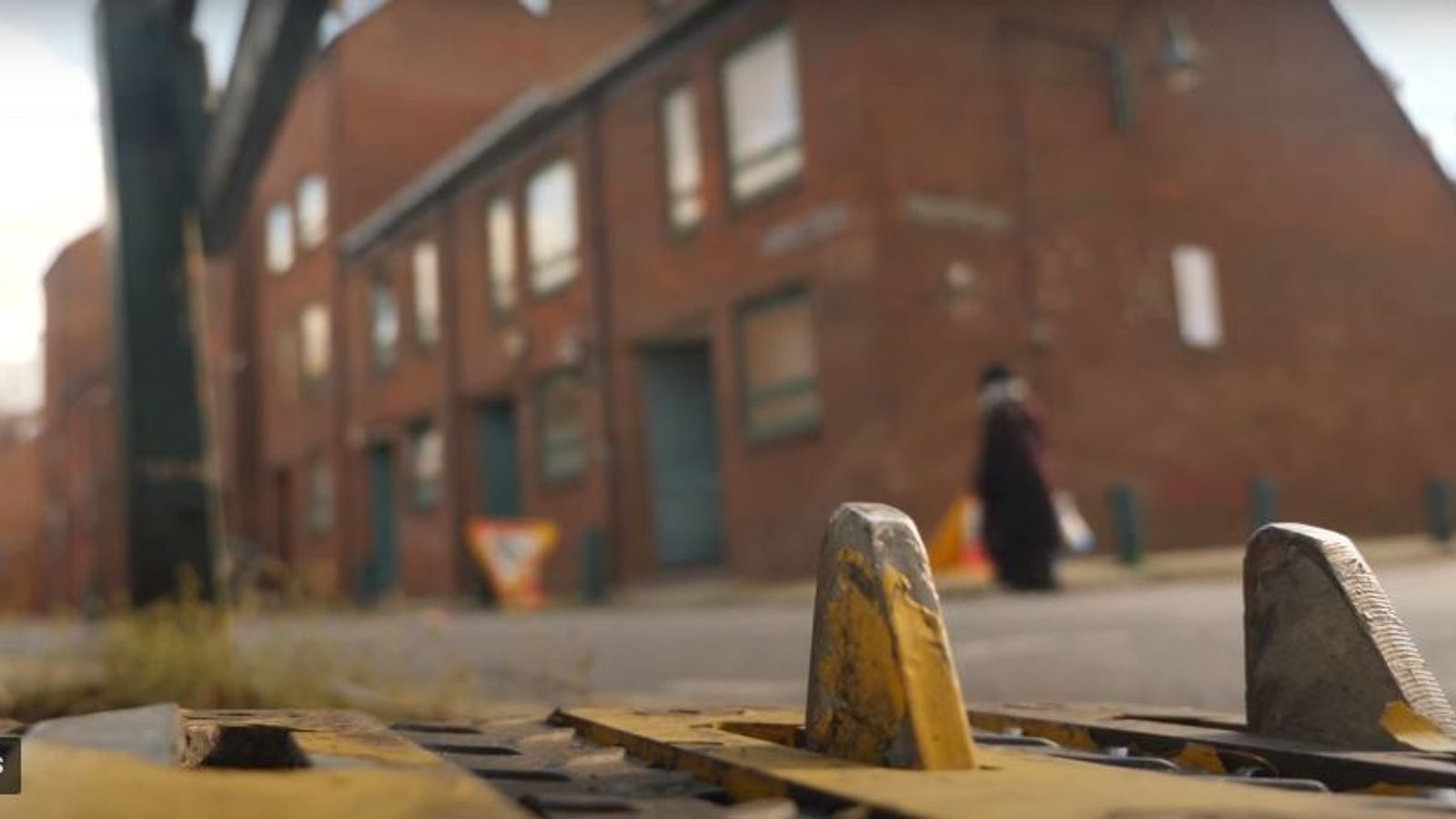 Statistics show that for a one-bedroom property, households now face gaps, or shortfalls, of over £950 a year on average. People living in two and three bedroom homes are having to find more than £1,500 and £2,300 (respectively) a year extra on top of their housing benefit.

The gap between housing benefit and the actual cost of private rent has risen by 40% in just five months, Sky News has learned.

Figures from the homeless charity Crisis and Zoopla show that affordable homes in England, for those on housing allowance, have declined by more than a third.

It means only 8% of private rental properties, on average, are now affordable to those on housing benefit.

The statistics, which were given exclusively to Sky News, show that for a one-bedroom property households now face gaps, or shortfalls, of over £950 a year on average.

People living in two and three bedroom homes are having to find more than £1,500 and £2,300 (respectively) a year extra on top of their housing benefit. 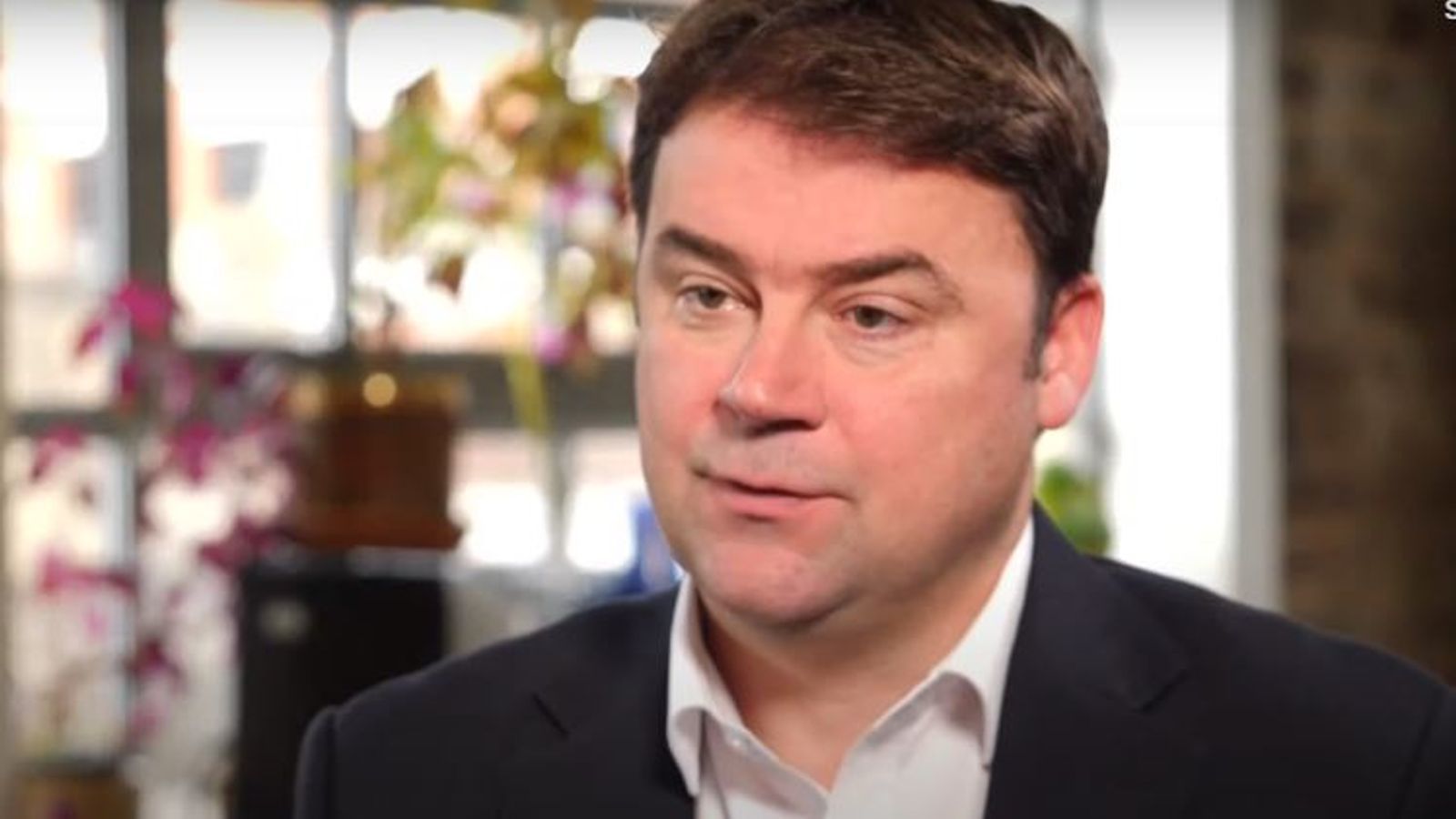 Crisis chief executive Matt Downie said: "This isn't a sort of prediction of things getting worse, it already is worse.

"We know that rough sleeping is going up. We know the councils have nowhere to put people.

"And unless, in the November financial statement, the government increases housing benefit in line with inflation, just like they're talking about for other benefits, this is this is going to be catastrophic."

Since then private rental rates have been rising at the fastest rate on record.

Mr Downie describes it as a "false economy". 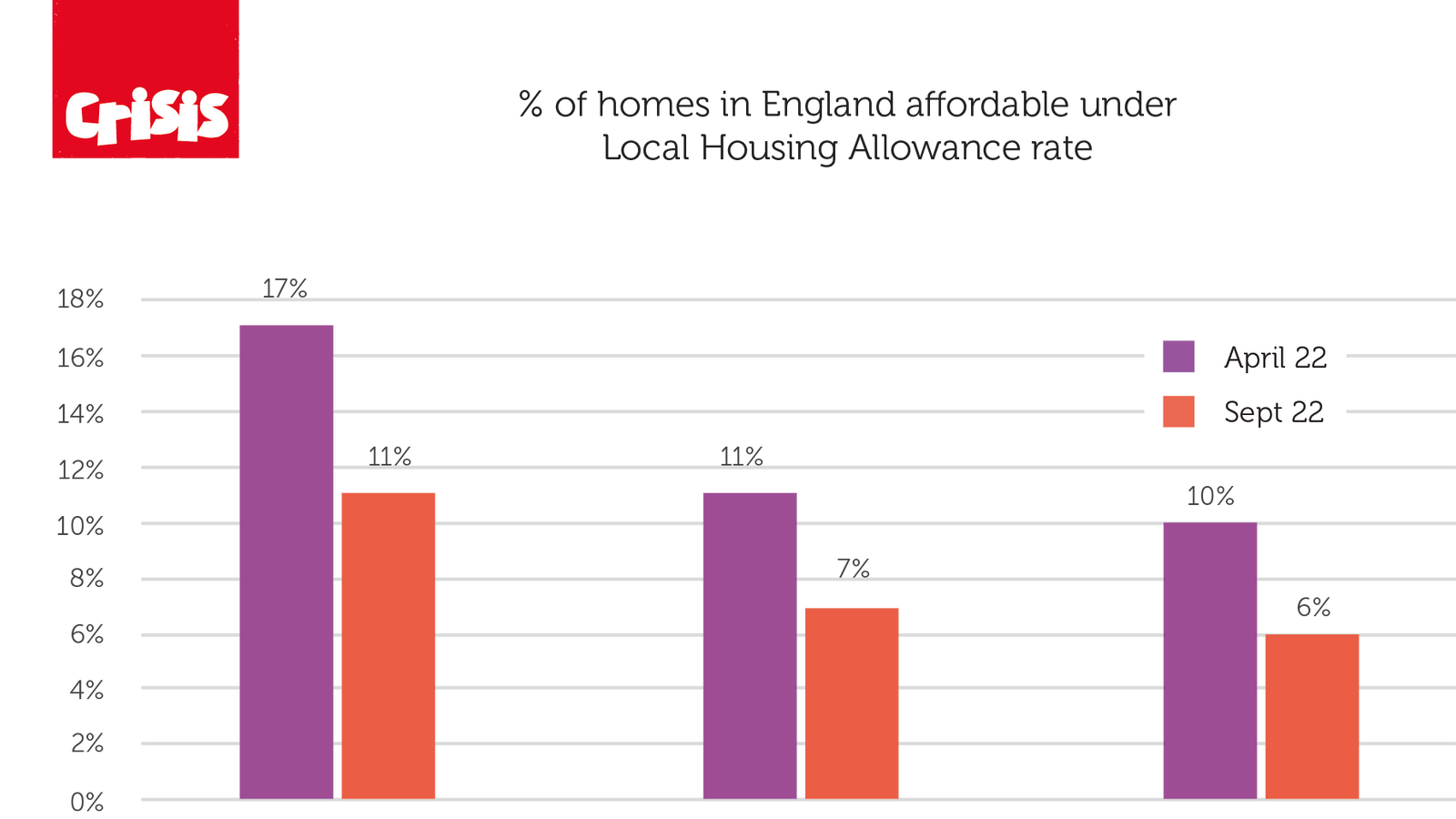 He added: "Once somebody becomes homeless, they cost far more to the state and they have to be put in temporary accommodation or helped in other ways."

The new figures show the poorest households in England are being almost completely priced out of the rental market. 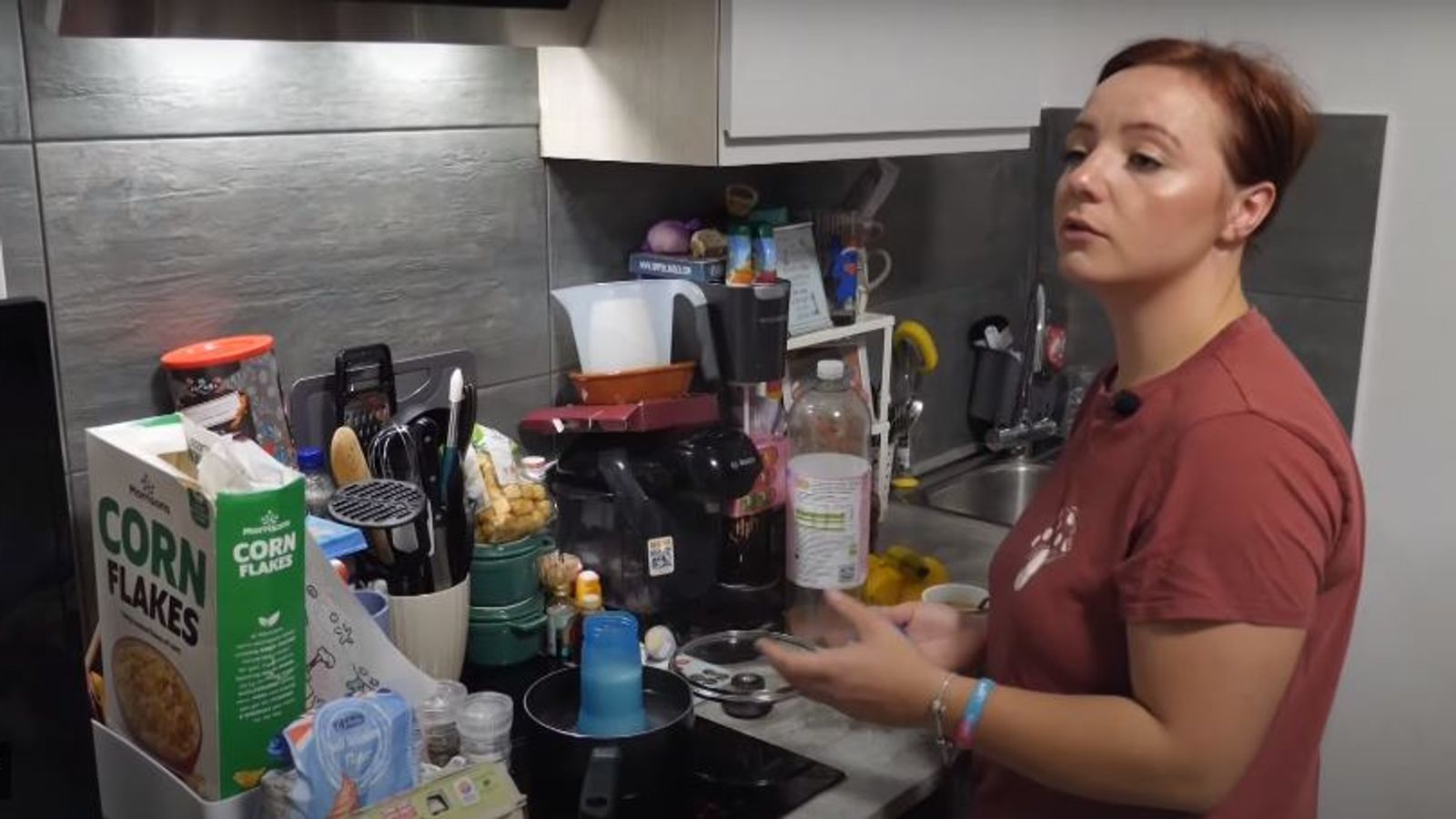 Nicole Hamilton, 27, is living with her two-year-old son Logan in emergency accommodation in London after fleeing domestic violence. She has been staying in a one room flat for months because she's been unable to find an affordable rental.

That allowance, however, does not cover the local rents for a two bedroom property in the area where her son attends a childcare setting, and where her family live.

On the morning Sky News visited Nicole she had called the police out at 4.30am because somebody who looked like they were "on drugs" had been hammering on her front door trying to gain access while her son slept.

"I think it's a bit unsafe," she said, "I don't really like it… the thing that is stressful at the moment is they don't know how long I'm going to be here." 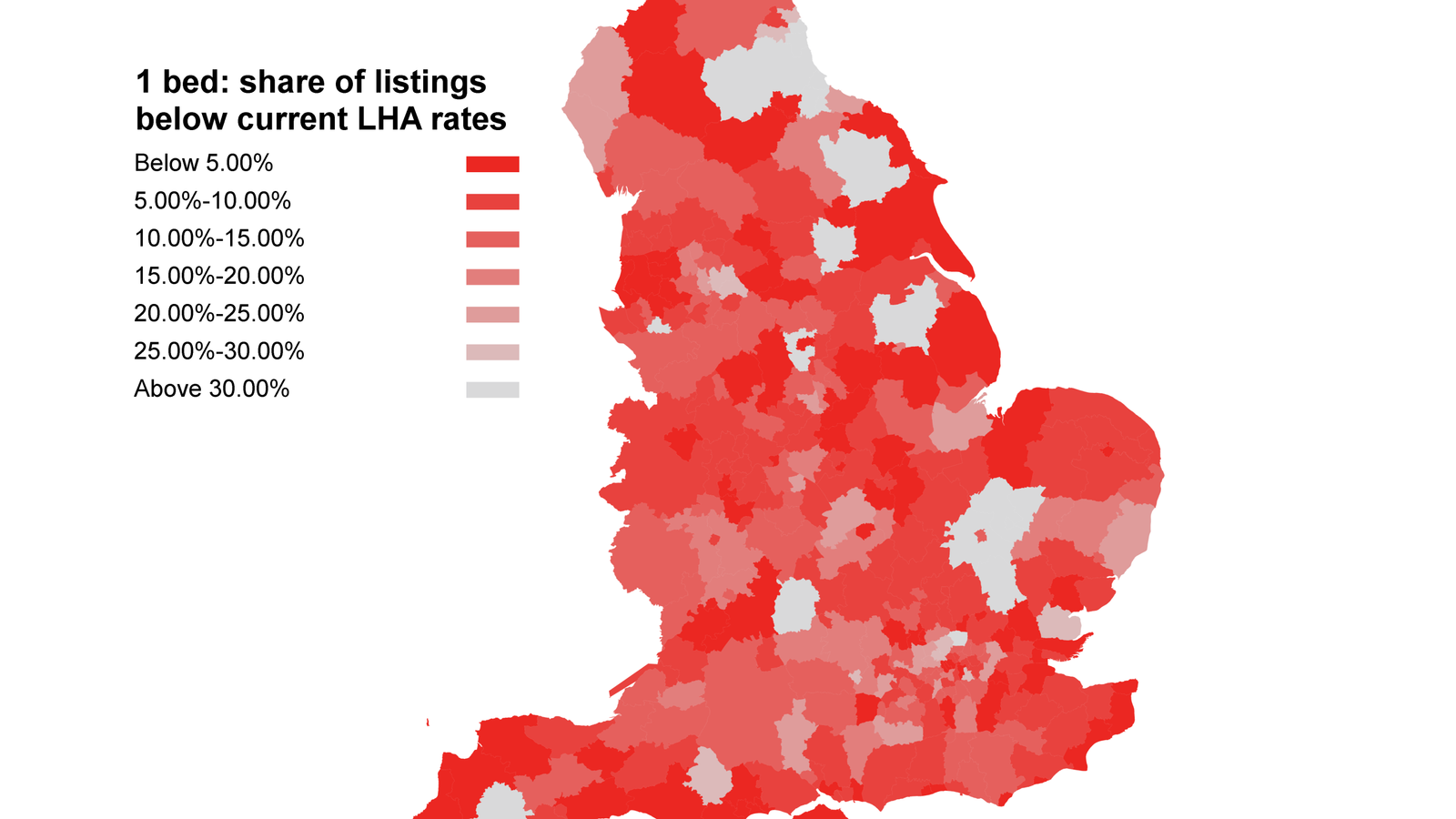 "(Estate agents) also hear that I'm a single mum I'm on benefits, even though I work full time …and my income is good, but because I use benefits as part of the system to help pay my rent nobody is interested."

The private rental market has become saturated due to an increasing supply and demand issue.

Rising mortgage rates, changes in tax and legislation have pushed more landlords out.

Renters are also signing up for longer lets which means less stock available.

Inflation and the cost of living have meant that the widening gap between private rent and housing allowance is predicted to get worse.

Cllr David Renard, housing spokesperson for the Local Government Association, also called for the freeze on housing allowance to be lifted, as well as greater support for authorities.

"Councils need more resources in terms of being able to fund homelessness services and to recruit the necessary housing officers to provide that support.

"So local authorities are very short of resources these days because of the increased demand."

The Department for Levelling Up, Housing and Communities released a statement saying: "Our Renters Reform Bill will deliver a fairer deal for renters, empowering them to challenge unjustified rent increases.

"During the pandemic we increased Local Housing Allowance significantly, benefiting over one million households by an average of over £600 a year. This is alongside our Energy Price Guarantee which will save households on average £700 this winter with an extra £1,200 of cost-of-living support for the most vulnerable."

London saw the most drastic fall in affordable properties, almost halving since April.

The North East, which Zoopla says is the region with the highest proportion of one-bed properties available, has just a quarter of affordable one-beds.

London is second worst with 13%.

According to Crisis, five of the nine regions (the East, East Midlands, South West, West Midlands, and Yorkshire and the Humber), had fewer than one in 10 affordable one-bed properties.