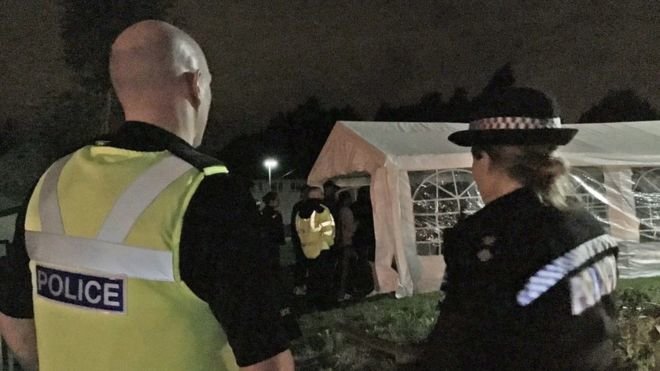 Police disrupt more than 70 parties in one night

More than 70 unlicensed social gatherings including house and street parties were disrupted by police in Birmingham overnight.

Events included a "large street party" in the Northfield area that featured two marquees and a DJ, officers said.

The operation followed Friday's announcement that the city had been added to a government watch list due to a spike in positive Covid-19 cases.

"We are still in a pandemic," city police reminded the public on Sunday.

In the Quinton area of Birmingham, people at a house party were dispersed.

Officers on Twitter said there were "lots of people complying with our advice". 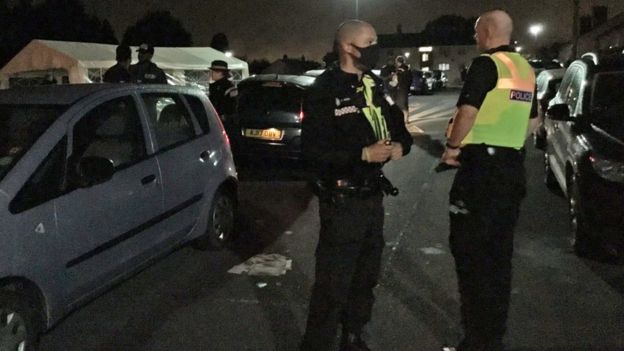 A similar outcome was reported in Northfield where officers visited in the early hours of Sunday following calls about a street party.

"Everyone packed up and went home after we arrived - thank you for complying," Birmingham Police tweeted.

They later added: "Most people understand why we are doing this. Stay safe - don't risk spreading the virus."

West Midlands Police has been contacted for more detail on the overnight operation.

It is the third weekend of similar events seen by the force.

A week ago, officers discovered a rave of more than 300 people in Birmingham city centre during a night in which 80 gatherings were targeted.

On Friday, Birmingham was added to a national watch list of places with rising cases of Covid-19.

It has been classed by the government as an "area of enhanced support", meaning additional testing is to be rolled out, although there are no additional restrictions on top of current national guidelines.

Birmingham council leader Ian Ward said the step was a "wake-up call for everyone".

Meanwhile, the government has announced police in England will be able to fine organisers of illegal gatherings of more than 30 people up to £10,000 from Friday.