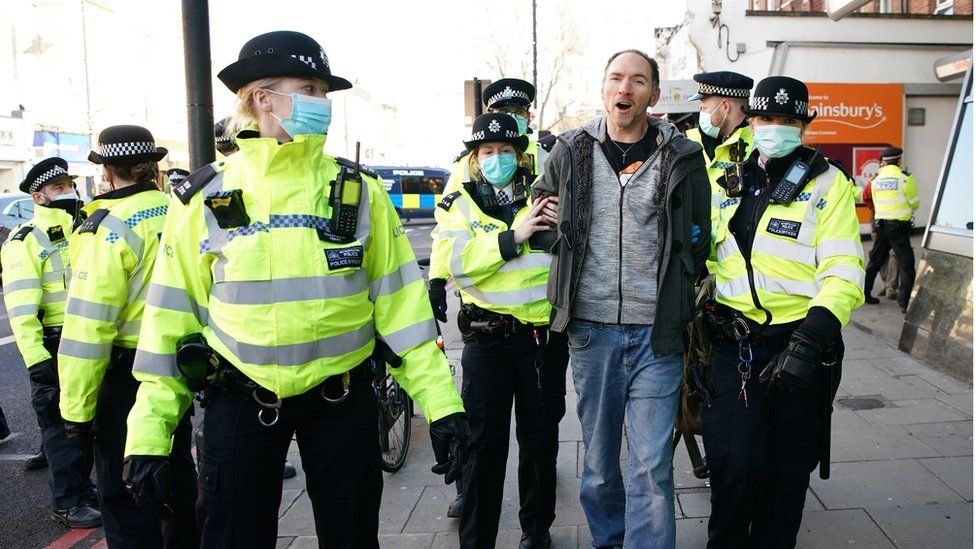 Twelve people have been arrested during an anti-lockdown protest in south London.

Police officers clashed with some of the maskless protesters who arrived in Clapham Common, some shouting "take your freedom back".

Six police vans were deployed to the scene while officers moved the crowd of about 30 people away from the area.

Gathering for the purpose of a protest is not an exemption to the rules, the Met Police said. 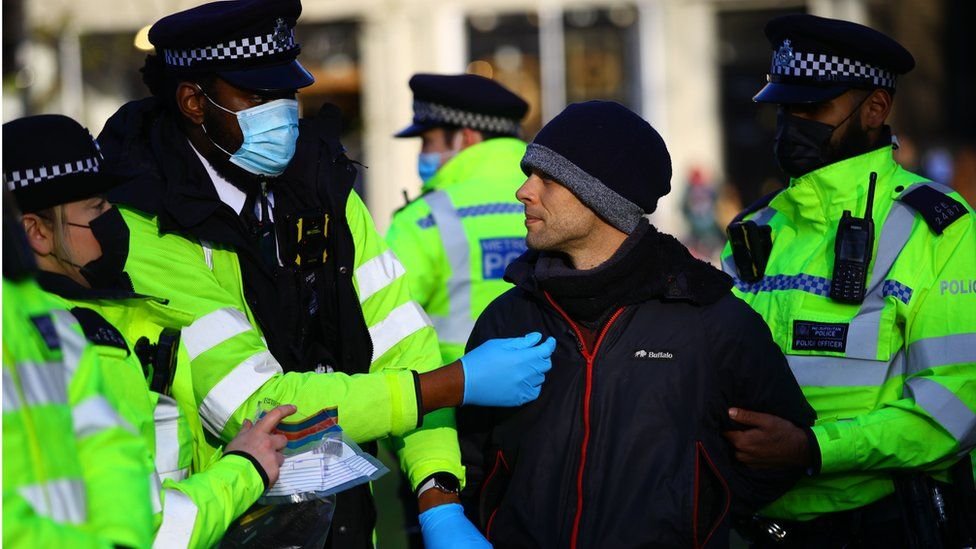 One woman shouted from her car at the protesters "there's a pandemic going", while another bystander shouted "idiots".

One anti-lockdown protester, who was detained at Clapham Common park, said "I stand under common law, not maritime law and this is assault" as he was put into handcuffs by police officers.

A large police presence remains around Clapham Common station, but almost all protesters had left the area as of 14:00 GMT.

It comes as a "major incident" was declared as the spread of Covid-19 threatens to "overwhelm" London hospitals.

City Hall said Covid-19 cases in the capital had exceeded 1,000 per 100,000, while there were 35% more people in hospital with the virus than in the peak of the pandemic in April. 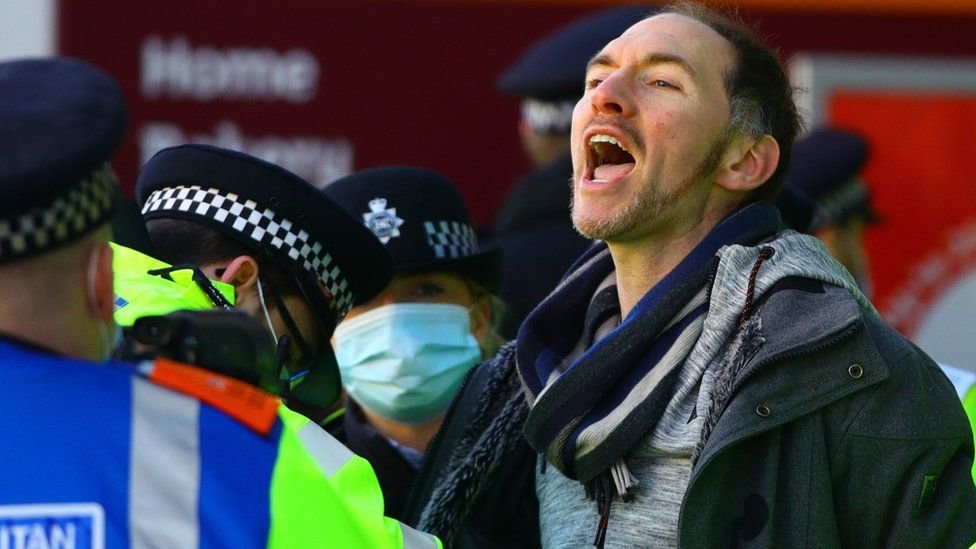 Police could be seen questioning several people at the demonstration 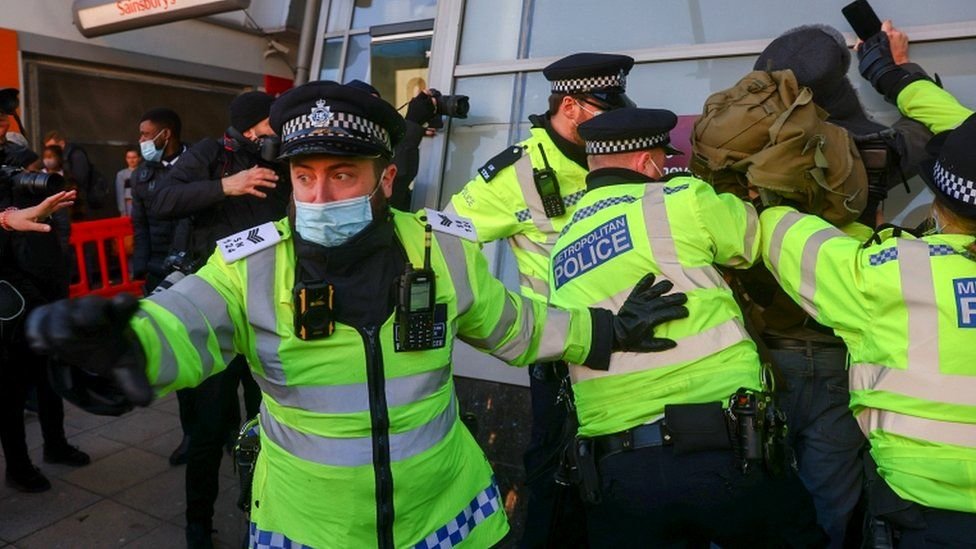 Police battled to disperse the protestors gathering in Clapham Common