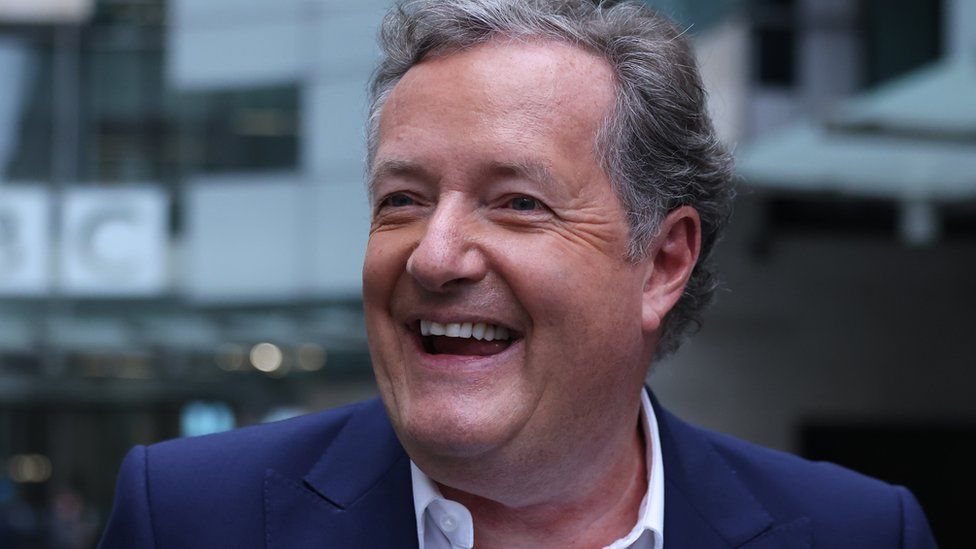 Piers Morgan has said his controversial exit from ITV's Good Morning Britain last year was "a farce" but it "focused everyone's minds" on free speech.

The presenter is about to launch his first TV show since the row over his comments about the Duchess of Sussex.

Piers Morgan Uncensored will air on the new TalkTV channel in the UK as well as being screened in the US and Australia.

He also criticised ITV for "censoring" him. The network has previously said it champions freedom of expression.

Morgan left the breakfast show last March after saying he "didn't believe a word" Meghan had said in an interview with Oprah Winfrey.

His comments sparked a record 58,000 complaints to Ofcom. The UK media regulator later rejected the complaints, however, saying that limiting his views would be a "chilling restriction" on free expression.

Speaking ahead of the launch of his new show, Morgan said: "I used to think I was uncensored, and then of course when I left Good Morning Britain, it turned out that I actually was being censored in the sense that I was told I had to apologise for disbelieving Princess Pinocchio or I would have to leave the building.

"So I took the leave-the-building option, which I thought was a sad moment for me and for the show. I thought it was the wrong call by ITV.

"It was all a bit dramatic, but of course what it really did was focus everyone's minds to, 'what is free speech?'"

The 57-year-old said his new TalkTV programme would "uncancel those who have been cancelled".

ITV has said it was Morgan's decision to leave Good Morning Britain and the company accepted this decision. 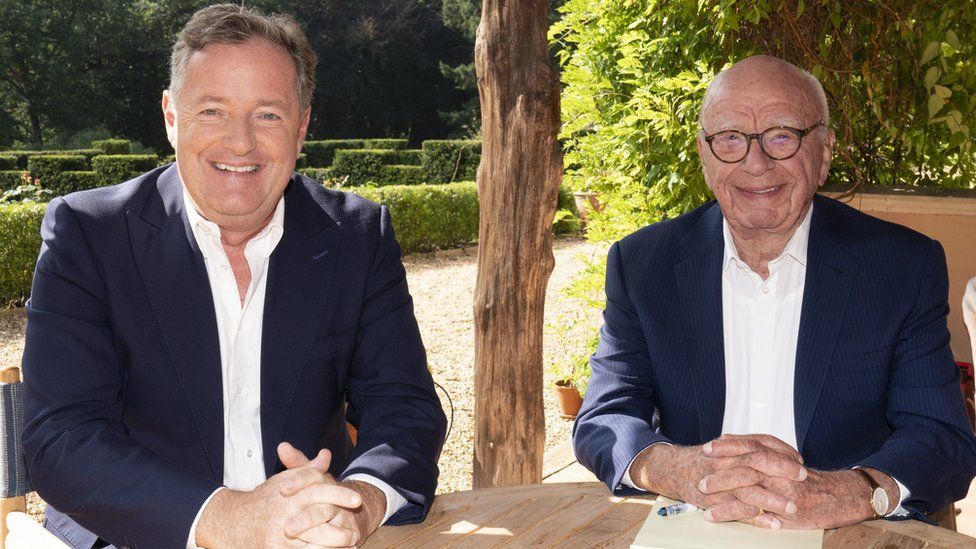 Rupert Murdoch has hired Morgan to host the new show

TalkTV will launch in the UK on 25 April, with Morgan's show also airing on Fox Nation in the US and Sky News Australia.

Referring to his ITV exit, Morgan added: "I thought the whole thing was a farce, and I'm delighted that actually as a result of the farce, we've ended up with a whole network which is now dedicated to preventing that kind of farce from recurring."

Setting out the boundaries for his new show and his approach to free speech, he said: "You shouldn't be shamed or vilified or cancelled for having an opinion, unless you genuinely are spewing hateful, bigoted stuff."

He added: "We know where this line is. You can have a vigorous debate with somebody, vehemently disagree, be severely critical. You can call me all sorts of things. That's fine.

"But the moment you try and get me fired, as Meghan Markle did on Good Morning Britain, where she personally writes to the boss of ITV and demands my head on a plate, that is cancel culture right there.

"And the idea that ITV rolled over to it is ridiculous. But that's why I'm here, and I feel in a way grateful to them because I think this is a very exciting new platform and opportunity." 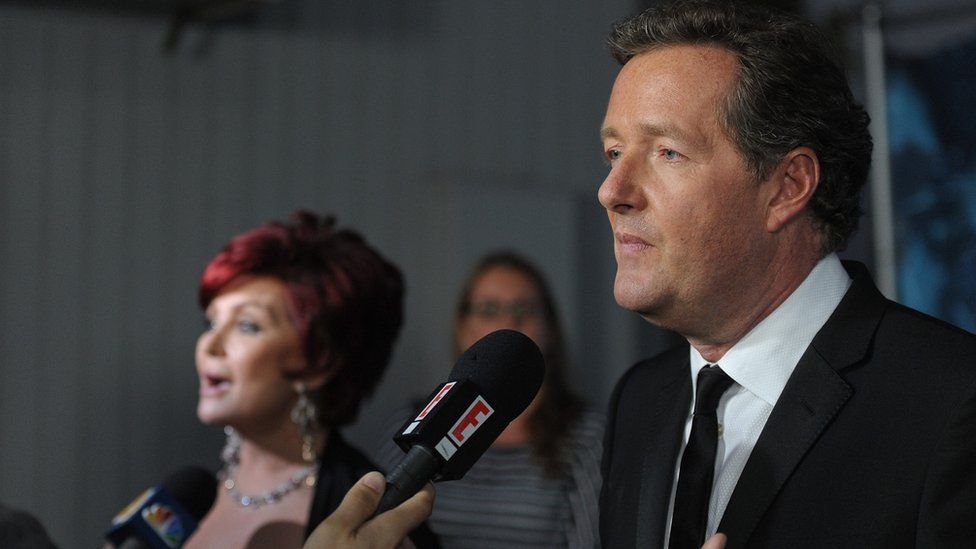 Although Ofcom rejected the complaints against ITV, it did so because Morgan's views were balanced by co-presenters who challenged him. The regulator criticised his "apparent disregard" for the subject of suicide, after the Duchess of Sussex discussed her mental health.

Ofcom chief executive Dame Melanie Dawes said in September: "Some of the things he said had the capacity to be harmful as well as deeply offensive."

ITV chief executive Dame Carolyn McCall said in September the broadcaster had "vigorously" defended Morgan to Ofcom, and there was "no way we wouldn't be absolutely not just endorsing but championing freedom of speech and freedom of expression".

Morgan even likened himself to former South African President Nelson Mandela, who spent 27 years in prison for his political activities against the country's racist apartheid regime.

"I feel like Nelson Mandela when he came out of prison," Morgan said. "It's like the long walk to free speech freedom."

The TalkTV line-up will also include The Talk, a new show featuring Sharon Osbourne, who left a separate US chat show called The Talk after defending Morgan on air.