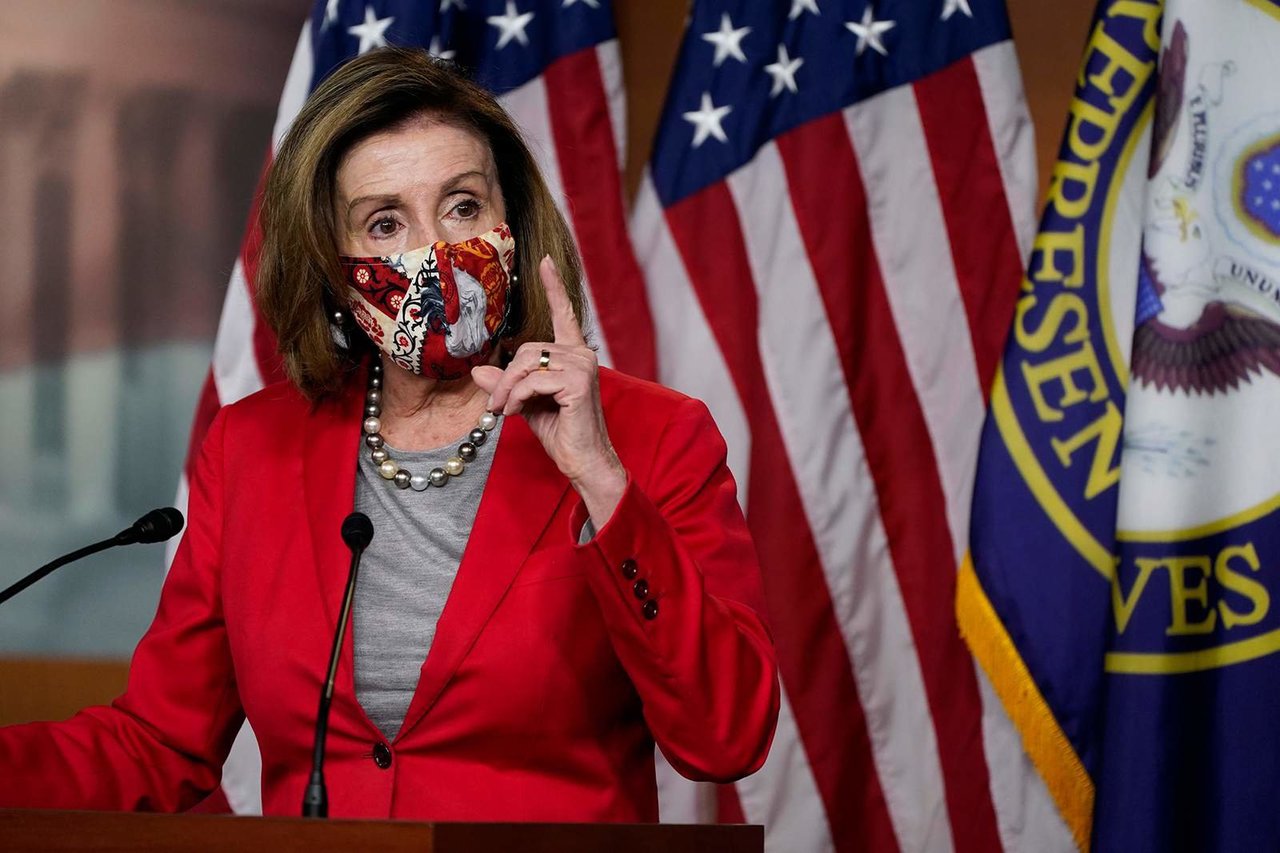 The top Democrats party in Congress called on Thursday for President Trump’s immediate removal from office for his role in urging on the violent mob that overtook the Capitol a day before, disrupting the ratification of President-elect Joseph R. Biden Jr.’s electoral victory.
Speaker Nancy Pelosi of California and Senator Chuck Schumer of New York called on Vice President Mike Pence to invoke the 25th Amendment, which allows him and the cabinet to wrest the power of the presidency from Mr. Trump.

Pelosi tried to call VP Mike Pence this morning to urge him to remove President Trump. She was kept on hold for 25 minutes before she was told Pence would not take her call .

If Mr. Pence declines to act, they said, Democrats were prepared to impeach Mr. Trump for a second time.

“While it’s only 13 days left, any day can be a horror show for America,” Ms. Pelosi said, calling Mr. Trump’s actions on Wednesday a “seditious act.”

The speaker’s plan was announced during an extraordinary news conference in the reclaimed Capitol, hours after the building was overrun by a mob of Trump supporters who temporarily halted Congress’s confirmation of President-elect Joseph R. Biden Jr.’s victory in the presidential election. Speaking to reporters, Ms. Pelosi singled out members of the cabinet by name, asking why they would not intervene.

“Are they ready to say for the next 13 days this dangerous man can assault our democracy?” Ms. Pelosi said of the cabinet.

She said she hoped to have an answer from Mr. Pence by the end of the day on whether he would attempt to use the 25th Amendment. The two leaders tried to call Mr. Pence directly on Thursday but were left on a holding line for 20 minutes without Mr. Pence picking up.

It was unclear how quickly Democrats could move to impeach Mr. Trump. There is no clear precedent for putting a former official on trial in the Senate, and with only 13 days left in his term, it was not certain Democrats could actually accomplish such a complicated and politically fraught process on a compressed timetable.

Mr. Schumer, the top Democrat in the Senate, said: “What happened at the U.S. Capitol yesterday was an insurrection against the United States, incited by the president. This president should not hold office one day longer.”

Ms. Pelosi was the most prominent voice in a growing chorus of Democrats, and a few Republicans, who surveyed the aftermath of Wednesday’s historic events and concluded Mr. Trump was too dangerous to remain in office until Jan. 20, when Mr. Biden is set to be sworn in.

Representative Adam Kinzinger, Republican of Illinois, had issued a similar call earlier on Thursday, posting on Twitter that the president had become “unmoored not just from his duty or from his oath but from reality itself.”

His statement followed similar ones by Representatives Charlie Crist and Ted Lieu on Wednesday and a letter signed by 17 Democratic members of the House Judiciary Committee was sent to Mr. Pence calling to invoke the 25th Amendment.

Gov. Larry Hogan, Republican of Maryland, echoed those calls on Thursday, saying, “I think there’s no question that America would be better off if the president would resign or be removed from office.”

On Thursday morning, a Washington-based law firm, Crowell & Moring, which represents a number of Fortune 500 companies, added its voice to the growing chorus of civic and business leaders calling for the president’s removal. In asking other lawyers to join, the firm said that “when it comes to defending our Constitution and our system of laws, we have a special duty and an exceptional perspective.”

A bipartisan group of more than two dozen lawyers, including a former top Trump administration official, also called on Thursday for Mr. Trump to be removed from office.

“Both constitutional remedies are necessary and appropriate to hold Trump accountable and to protect the nation,” the group said. “Those processes should be carried out immediately, unless he resigns first.”