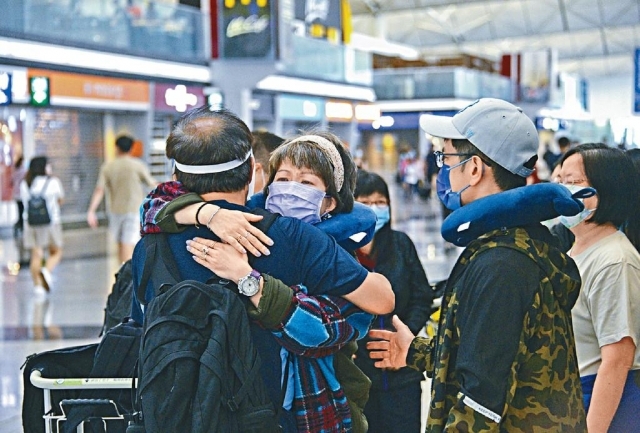 Over 40 percent of Hong Kongers want to emigrate

Among the respondents, 42 percent indicated they would emigrate if they had the chance. It was slightly lowerly than 43.9 percent last year, but the difference is considered statistically insignificant.

Of those who said they would like to move in this year's survey, 38.7 percent have started preparations for emigration.

Among those who intend to emigrate, 26.1 percent said they would like to move to United Kingdom. Other top picks were Canada, Australia, and Taiwan – at 14 percent, 11 percent and 7.5 percent respectively.

The respondents were also asked to rate Hong Kong’s livability on a scale from 0 (very unsuitable) to 100 (very suitable).

The current average rating from respondents for Hong Kong’s livability was 52.1 out of 100, which is not only higher than 49.6 of last year but also reversed the declining trend observed since 2017.

In addition, over a tenth of all respondents said they intend to move to the mainland, slightly higher than last year.
Add Comment