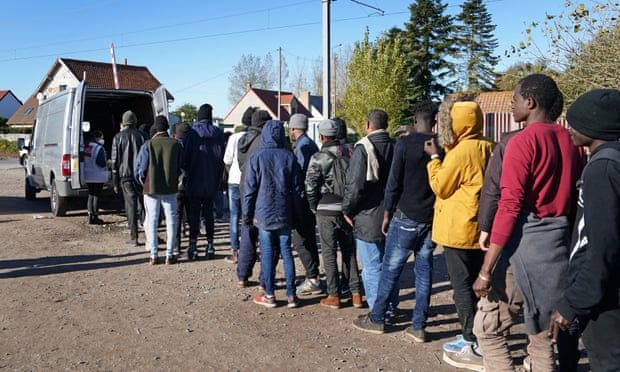 Priti Patel has described the build-up of people seeking to travel to the EU as “a mass migration crisis” and blamed the bloc’s open borders policy for allowing it to happen.

The home secretary said the Schengen Agreement, which abolished national borders among member states, has left France “overwhelmed” with migrants trying to reach the UK.

Speaking to reporters in Washington DC on Thursday, she said migration had been exacerbated by free movement within the EU.

“Let’s not forget that the real problem on illegal migration flows is the EU has no border protections whatsoever – Schengen open borders,” she said.

“I think it’s fair to say they [France] are overwhelmed. That is a fact. When you think about the flows, what are they doing? They are absolutely patrolling the beaches [but] I would maintain the numbers are so significant that have they got enough resources? We are constantly pressing France on this.”

More than 24,500 migrants have crossed the Channel in small boats this year – almost triple the number that reached the UK in 2020.

More than 1,000 arrived on Tuesday, while on Thursday dozens more migrants are believed to have crossed the Channel, including an individual who had to be airlifted to hospital after suffering a suspected medical episode while attempting to cross by boat.

Asked whether the £54m she has promised France to tackle the crisis in the summer was value for money given that more than 12,000 have crossed the Channel since the deal in July, Patel said: “It’s not about value for money. There is a mass migration crisis.

“You have people coming from the Sahel, you have them coming from Libya, right into Italy, Greece.

“Now Greece has a different policy and they have not decided to sit behind the EU block of competency but as a result, if you speak to my French counterpart, and even their civil servants, they would all say 70 per cent of people come into northern France.

“They all come from Belgium. That is a fact because of open borders.”