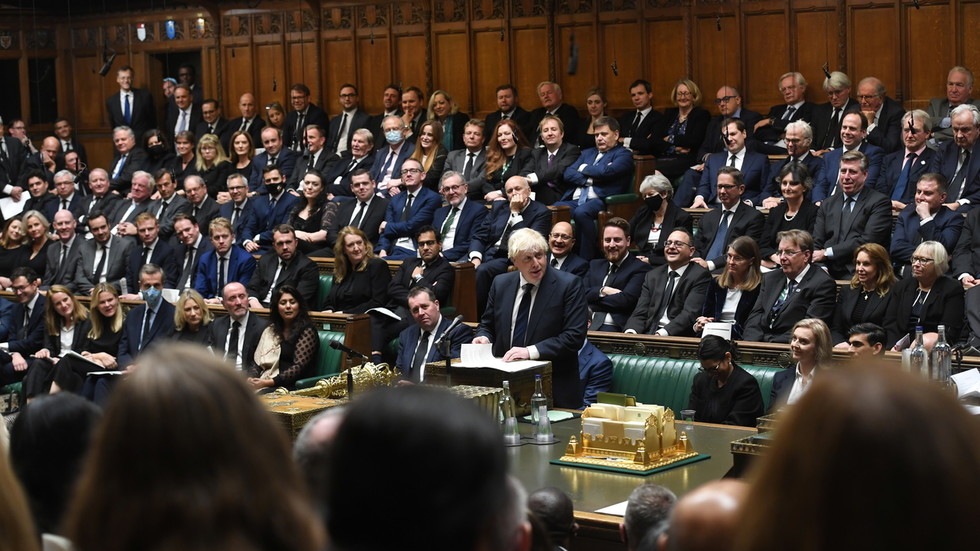 One rule for them? UK minister claims MPs can choose whether to wear masks after govt urges public to wear face coverings

UK Health Minister Edward Argar has defended MPs who fail to wear masks in Parliament, claiming they can make an “informed view” on whether to follow guidance despite the health secretary asking the public to wear face coverings.
Speaking on Thursday, Argar rebuffed criticism that MPs are not following government guidance by claiming that politicians are entitled to adopt an “informed view” about whether advice to wear one in enclosed places applies to Parliament.

Conservative MPs have largely stopped wearing masks during debates in the House of Commons, while opposition politicians were seen without face coverings during the indoor Labour Party conference earlier this year.

The defence put forward by Argar comes after the UK’s Health Secretary, Sajid Javid, urged the public in England to wear face coverings in “crowded” areas for the foreseeable future amid rising Covid cases and fatalities in the UK.

Issuing a warning, Javid stated at the Downing Street press conference that Covid restrictions would be “more likely” to be legally reintroduced if people fail to take proper safety precautions, such as wearing masks “when they really should.”