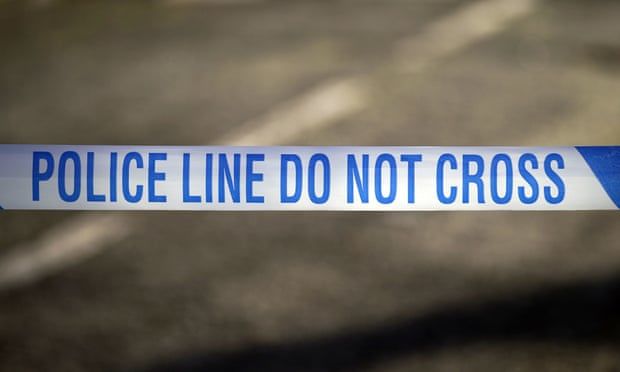 Officer under investigation after man is fatally struck by police car

Citing ‘concern’ within community, watchdog promises ‘a thorough and independent investigation’
A police officer is being investigated for potential driving offences following the death of a man who was hit by a police car.

The incident occurred in Peacehaven, East Sussex, just after 11.10pm on Saturday.

Arthur Holscher-Ermert, 27, was on foot near the junction of Dorothy Avenue when he was hit by an unmarked police car. He was pronounced dead at the scene a short time later.

The Independent Office for Police Conduct has said that it has advised the driver of the car that he is now under criminal investigation for causing death by dangerous driving. The officer, a police constable, will also be investigated for potential gross misconduct.

In a statement, the watchdog said that the opening of a criminal investigation does not necessarily mean charges will follow.

“At the end of the investigation we will decide whether to refer a file to the Crown Prosecution Service to consider whether the officer should be prosecuted,” it said.

The IOPC said it had so far gathered evidence indicating that Holscher-Ermert had been driving an Audi which was being pursued by a police car after it came to the attention of officers in the Newhaven and Peacehaven area.

They said the pursuit ended in Bramber Avenue, where Holscher-Ermert left the Audi and was struck moments later by a different police vehicle.

IOPC regional director Graham Beesley said they would examine the events leading up to the collision and police actions in the immediate aftermath, including reports that handcuffs were used on Holscher-Ermert at the scene.

He said: “It is important we establish why Mr Holscher-Ermert was being pursued by the police, including what, if any, information the police had about him or the vehicle he was driving.

“We will also consider whether the actions of officers afterwards were in line with policy and procedure. This will include looking at the aftercare given to him.

“We are aware of reports handcuffs were applied to Mr Holscher-Ermert at the scene, and this will form part of our investigation.”

He said Holscher-Ermert’s family had been informed and would be meeting with the IOPC soon.

He added: “We understand the concern this incident has caused in the community and I would like to reassure everyone that we will carry out a thorough and independent investigation to establish exactly what happened and why.”

The watchdog has reviewed dashcam footage from a member of the public who was driving in the area when the incident happened and are also analysing footage from the police car involved in the collision, as well as body-worn video from officers who arrived at the scene.

Investigators have also been trying to locate any other CCTV footage that might be available, and to carry out house-to-house inquiries to identify any witnesses.