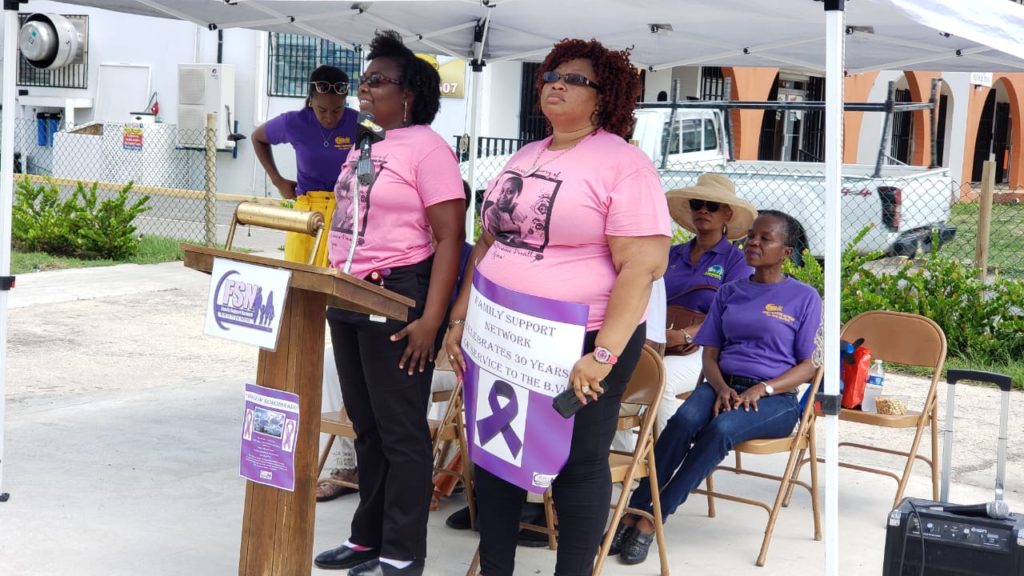 Office of Gender Affairs calls for protection of women, kids in BVI

With the 16 days of Activism Against Gender-based Violence starting in late November, the Office of Gender Affairs is calling for the protection of women and children in the British Virgin Islands.
The coordinator of the programme in the territory, Tara Sue Morgan said the theme for this year is “Orange the World: End Violence Against Women Now”.

Morgan said violence against women has increased in the BVI since the start of the pandemic and the ensuing restrictions. She noted this is not unique to the territory as it is a common trend worldwide, according to statistics by the World Health Organization.

“Violence against women and girls remains devastatingly pervasive and starts alarmingly young based on the new data from the World Health Organization and partners. According to the World Health Organization, one in three women, around 736 million are subjected to physical or sexual violence by an intimate partner or sexual violence from a non-partner across their lifetime. This number has remained largely unchanged over the past decade,” Morgan said.

“Unlike COVID-19, violence against women cannot be stopped with a vaccine. We can only fight it with sustained efforts by everyone in the BVI to change harmful attitudes, and believes that can affect the safety of our women and girls,” the event coordinator added.

The 16 days of Activism Against Gender-based Violence is an annual international campaign that kicks off on 25 November, the International Day for the Elimination of Violence against Women, and runs until 10 December, International Human Rights Day.

The territory recognised October as Domestic Violence Awareness Month under the theme, “Know Your Worth”. The Office of Gender Affairs had also led the advocacy and activities with support and participation from the various community groups and social advocacy organisations.

As the Virgin Islands tries to eradicate violence against women and children, people in the community who fear that their lives may be in danger are encouraged to contact the police at 311 or contact the Social Development Department, the Family Support Network at 468-3650 or the Office of Gender Affairs at 468-2234 for psychosocial support.
#the Virgin Islands  #COVID-19  #vaccine  #Covid
Add Comment