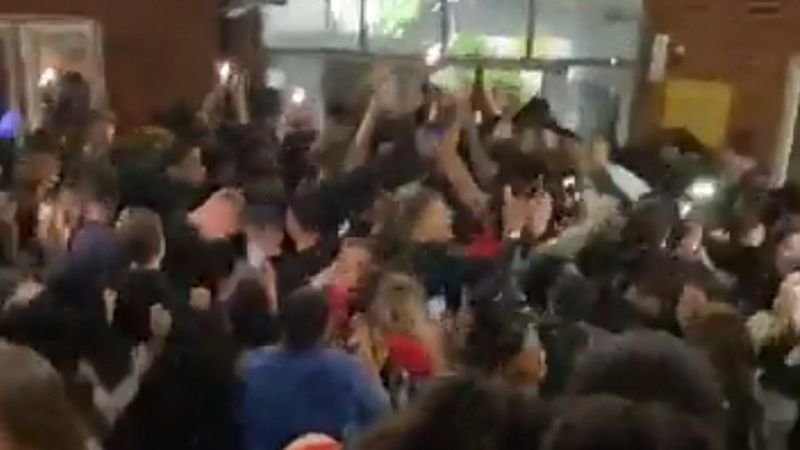 The gathering in the courtyard outside St Peter's Court, Radford, which houses University of Nottingham students, stopped after midnight.

Nottinghamshire Police said officers were unable to arrest anyone as the crowd dispersed when they arrived, but they were still investigating.

It was one of a number of parties the force broke up overnight, prompting a plea to follow the rules.

Students across England are being tested next week as part of the government's plan to allow them to return home between 3 and 9 December. 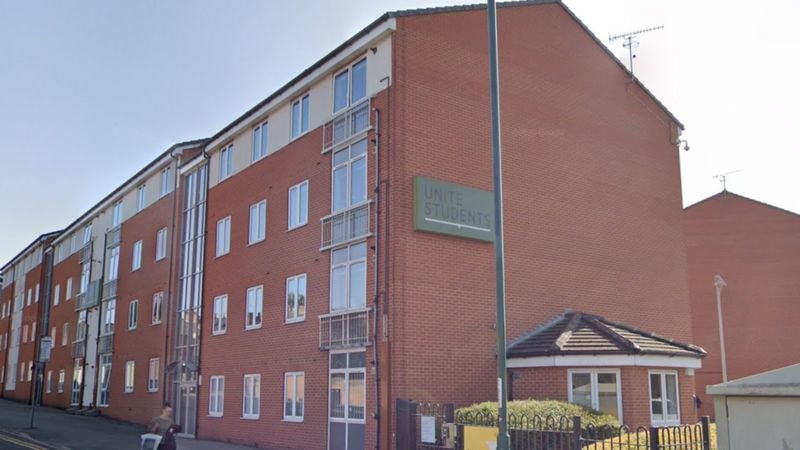 Shortly after 21:00 GMT officers handed out five £200 fines after responding to reports of a party in a field in Gonalston.

They said they were still trying to find the organiser and a driver who crashed into a police car as they fled the scene.

Shortly after 23:30 two people were arrested in Valley Road, Carlton, on suspicion of assaulting a police officer who had been at the scene of another illegal gathering.

Just after midnight officers broke up a "large party" in St Ann's and issued the organiser with a summons to appear in court.

Det Supt Andrew Gowan said: "The very last thing we want to be doing as police officers is to be punishing people for gathering together and having fun.

"However, the current national restrictions are in place to protect the wider public from harm and we will keep enforcing them for as long as we need to.

"It is deeply disappointing that so many needed such an expensive reminder that the rules apply equally to everyone.

"We understand that this is a difficult time but there really are no excuses for this kind of behaviour where people are blatantly ignoring the restrictions in such large numbers."