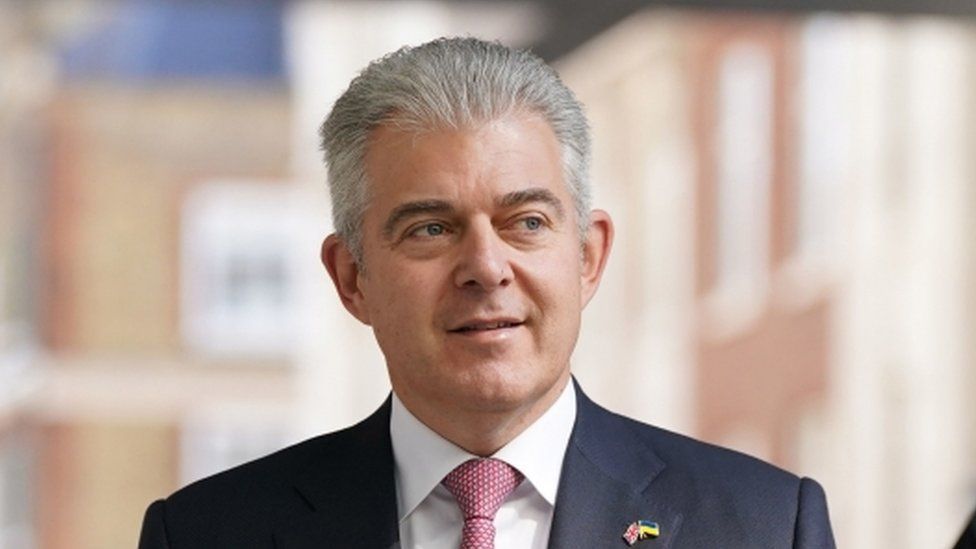 The Northern Ireland Secretary of State Brandon Lewis will hold talks on Monday with the five main parties.

He has said he hopes to encourage them to form an executive as soon as possible.

Mr Lewis is also due to speak to the Irish Minister for Foreign Affairs Simon Coveney about the outcome of last week's election.

Sinn Féin won the most seats, 27, and are entitled to the position of First Minister.

However, the main unionist party the Democratic Unionists (DUP) are not prepared to re-enter a power-sharing executive until their concerns are addressed over the post-Brexit trading deal, the Northern Ireland protocol.

Newly elected members of the assembly have been invited to Stormont on Monday but there will be no meeting in the chamber. A first sitting may take place on Thursday.

Of the 90 politicians elected last week, 18 are entering the legislative assembly for the first time. Eleven of them are from the Alliance Party including the outgoing Lord Mayor of Belfast, Kate Nicholl.

An induction programme is being offered to all those arriving at Stormont to take up their seats.

Brandon Lewis will hold talks with the leaders of Sinn Fein, the DUP, Alliance Party, Ulster Unionist Party and the SDLP.

Speaking ahead of the meetings, he said the people of Northern Ireland "deserve a stable and accountable devolved government" and he would urge party leaders to form an executive as soon as possible.

"This process must begin with the nomination of an Assembly Speaker to allow legislation to progress and address the important issues affecting the people of Northern Ireland.

"We have to address the outstanding issues relating to the Northern Ireland Protocol, and we want to do that by agreement with the EU, but as we have always made clear, we will not shy away from taking further steps if necessary," he said.

Will the DUP take its seats?

It is still not clear whether the DUP leader Sir Jeffrey Donaldson MP will take his seat at Stormont, or hand it over to a party colleague and stay at Westminster.

If he decides to remain as an MP, it will be seen as a sign that he feels the Stormont stalemate will continue for the foreseeable future.

The DUP lost three seats in last week's election but fared better than some opinion polls had predicted. With 25 MLAs, it is the second largest party in the assembly. 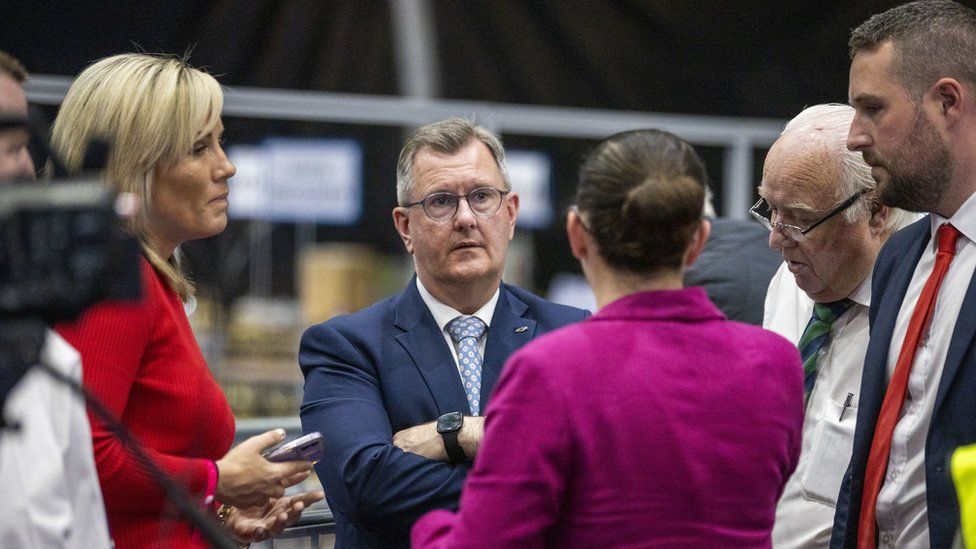 The Alliance Party increased its representation from 8 to 17 seats. It moves ahead of the Ulster Unionist Party which has 9 seats and the SDLP, which slipped from 12 to 8 seats.

The Green party lost its two seats, but the TUV leader Jim Allister retained his place at Stormont as did Gerry Carroll of People Before Profit and two independent unionists, Claire Sugden and Alex Easton.

Although Sinn Féin is the largest party, there are still more unionists than nationalists at Stormont, 37 to 35.

The new assembly is the seventh to be formed since the Good Friday Agreement in 1998.