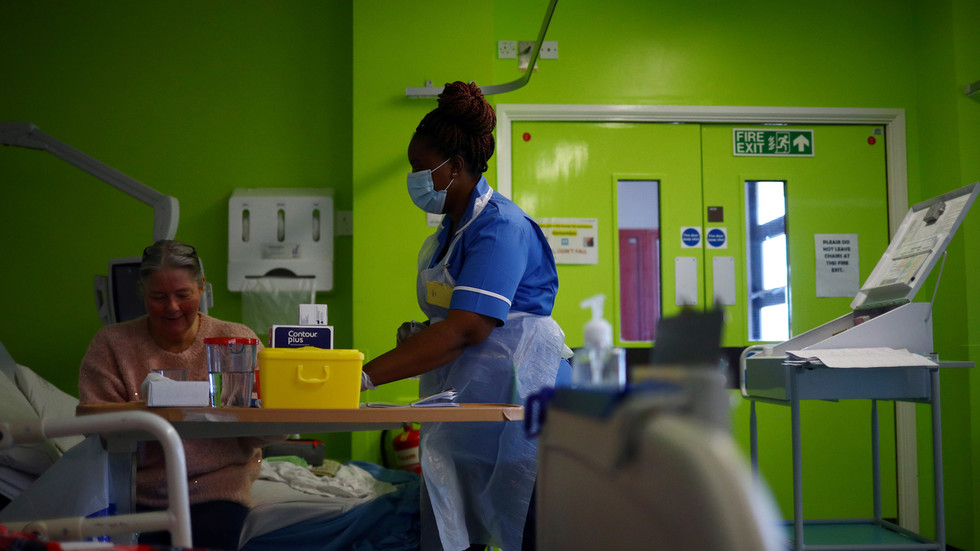 The British environment secretary has bemoaned the decision of some National Health Service (NHS) staff not to get the Covid-19 vaccine, with those turning down the jab highest in ethnic minority groups.
“Obviously it is disappointing if people working in our NHS, who themselves in very small numbers, have decided not to have the vaccine,” Environment Secretary George Eustice told Sky News on Tuesday morning.

“We want to get maximum protection particularly for those vulnerable cohorts but also for those such as those working in the NHS who are particularly exposed, and the vast majority of them have taken up the vaccine.”

Amid discussion around whether employers should be able to mandate their employees to be vaccinated, Eustice suggested the NHS would not be forcing staff to get the jab despite being on the frontline of healthcare provision.

In late January, the board of Guy’s and St Thomas’ Foundation Trust reported that while overall 80 percent of its staff had been vaccinated, only a quarter of black-African and black-Caribbean staff had taken the jab. Rates were even lower among Filipino and Bangladeshi workers.

Director of workforce Daniel Waldron said that rates were lowest among Filipino staff who are employed in their thousands by the NHS after heavy recruitment campaigns in recent years.

Other hospital trust bosses in London told the Health Service Journal that they had encountered similar issues.

One said: “Most of our white staff have been vaccinated and few of our BAME staff have. This is a real concern given that the majority of our hands-on clinical staff are black.”

There is growing concern about ‘vaccine hesitancy’ among BAME groups in the UK. On Monday, it was reported that a vaccination centre had to close early on three days last week because of “really low patient uptake” in an east London borough. Forty-five percent of the area’s residents were considered non-white in the 2011 census.