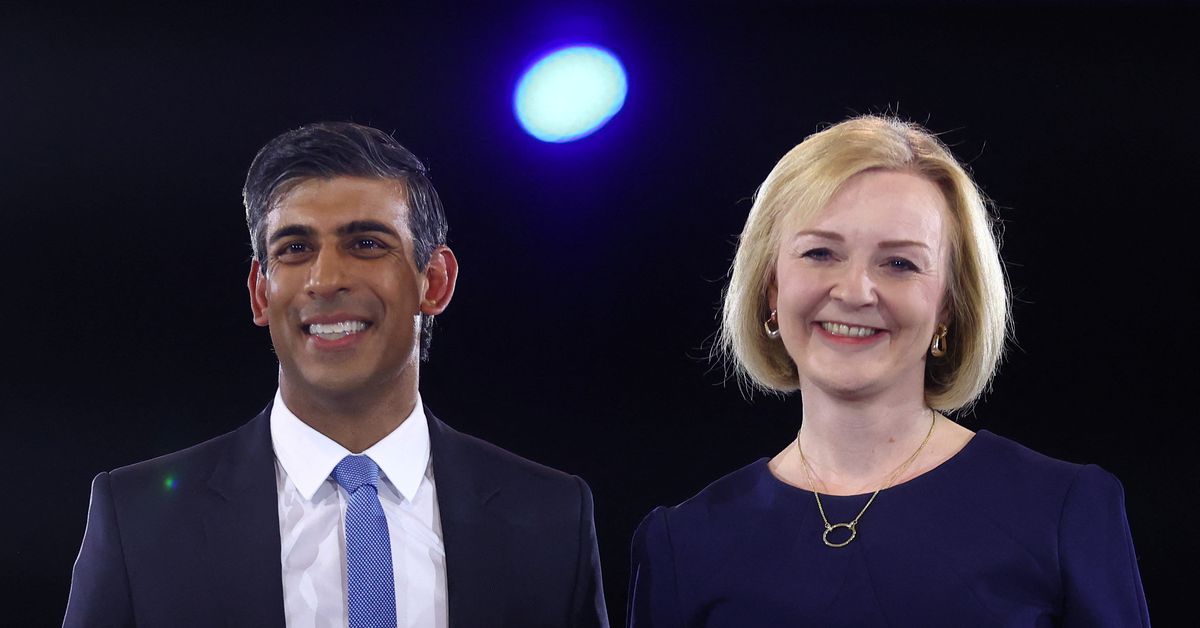 Staff working at Britain's business and energy department building will begin a strike on the same day as the country's new prime minister is named next week, the public service trade union said on Thursday.
Cleaners, security guards, reception workers, mail room staff and others at the Department for Business, Energy and Industrial Strategy (BEIS) will walk out on Sept. 5 and 6 over health, safety and other entitlements.

The action was "a sign of things to come" for the next prime minister, the Public and Commercial Services Union (PCS) said. Britain's new leader is expected to be named on Sept. 5 and formally begin work on Sept. 6.

"Our members all across the civil service are increasingly angry and desperate as the government does nothing to ease the cost-of-living crisis," PCS general secretary Mark Serwotka said. The striking staff are on outsourced contracts, not direct government employees.

Britain's next leader will take power at a time of intense industrial unrest with union workers striking across a wide range of industries as surging inflation fuels demands for higher pay and better working conditions at the same time as the country faces a recession.

Liz Truss, the frontrunner to replace Boris Johnson as Britain's prime minister, said she would bring in "tough and decisive action" to limit strike action by trade unions if she becomes leader.

The union said the strike was due to the failure of ISS, the firm which employs the outsourced workers, to implement health and safety protocols and "putting PCS members at unacceptable risk".
#Boris Johnson  #Johnson
Add Comment