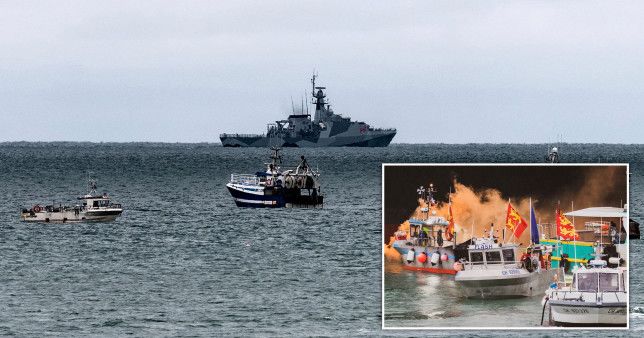 Royal Navy vessels sent to ‘monitor the situation’ in Jersey amid a fishing row with France are returning to port.

Downing Street confirmed the vessels would be in retreat after the island’s government held a ‘constructive meeting’ with protesting French fishermen.

Around 56 French vessels arrived off St Helier in the early hours of this morning, with flares blazing, in what one local fisherman described as looking like an invasion.

A stand-off with the navy boats ensued before the fisherman left at around lunch time following talks in the harbour with representatives of the Jersey government.

Downing Street said that it was ‘pleased that French fishing boats have now left the vicinity of Jersey’ and the Navy ships were preparing to return home.

The French foreign ministry earlier accused the UK of breaching its Brexit agreement with the EU over how fishing permits to access UK waters are being issued, and had threatened to cut off Jersey’s electricity supply. 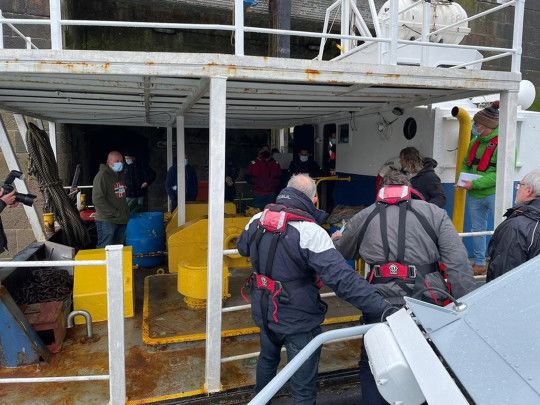 Officials from the Jersey government sailed out to meet the fishermen 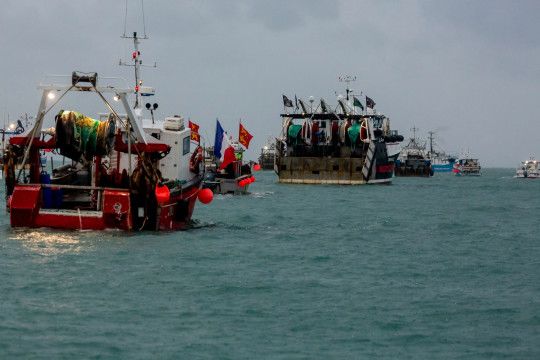 France claimed the UK imposed new demands on licences to allow French fishermen to fish in Jersey’s waters, which were not arranged or discussed, but the UK hit back saying the fishermen had failed to provide the data needed to approve their applications.

Jersey’s chief minister, Senator John Le Fondre, said the French fishermen protested ‘peacefully and respectfully’ and speaking directly to them ‘enabled both parties to better understand’ how challenges of the new trade agreement can be addressed.

‘We recognise that there have been challenges in the implementation of the new trade agreement,’ he said.

‘We are proposing the establishment of a forum which will enable the Government of Jersey to continue to engage with all fishermen in the region openly and constructively.’