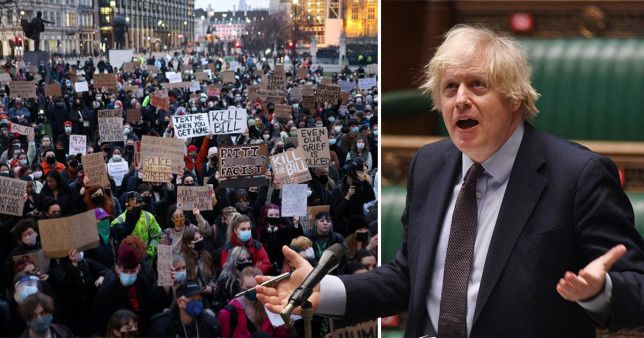 MPs vote in favour of bill cracking down on 'annoying' protests

A controversial bill that would give police more powers to crack down on protests has cleared its first hurdle in the Commons, paving the way for it to become law.

The Police, Crime, Sentencing and Courts Bill passed its second reading on Tuesday night by 359-263 – a majority of 96 – and was overwhelmingly backed by Tory MPs.

The legislation would make non-violent protests or ‘intentionally reckless acts’ without a ‘reasonable excuse’ that cause ‘serious annoyance’ or are judged to be too ‘noisy’, punishable with a fine or up to 10 years in jail in theory.

It would be a crime to ‘intentionally or recklessly cause public nuisance’ that cause ‘intimidation or serious unease’ and ‘impact’ the community without a ‘reasonable excuse’.

The 307-page Bill also proposes to increase the maximum penalty for those who destroy or damage a memorial from three months to 10 years.

Police would also have the power to tell one-person protests to stop shouting and could impose noise limits and start and finish times on gatherings.

The ‘controlled area’ where protests are banned around Parliament would also be extended. 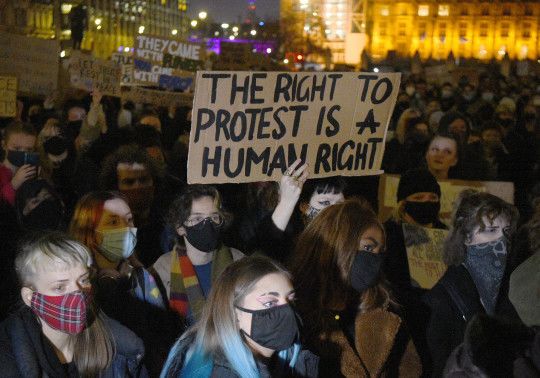 Labour had tabled an amendment to block the legislation from receiving a second reading – but their defeat means it will now move onto the next Parliamentary stage and is a step closer to becoming law.

Sir Keir Starmer had told his MPs to vote against the Bill saying it contained ‘next to nothing’ to counteract violence against women and girls but included ‘lots of stuff on statues’.

Opposition MPs had backed some sections of the legislation such as tougher sentences for serious crimes including child murder and sex offences – but warned it ‘rushes’ changes to protest laws and ‘fails’ to better protect women.

Hundreds yesterday marched through central London in protest of the Bill and violence against women in the wake of Sarah Everard’s death.

The outcry against the Met Police’s handling of a vigil held in memory of the 33-year-old on Saturday has sparked a fresh focus on the Bill. 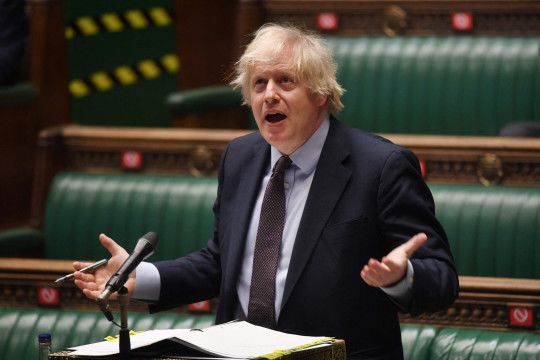 MPs warned during a fierce debate in the Commons that the ‘draconian’ plans would ‘make a dictator blush’ and showed the Government’s ‘descent into authoritarianism’.

She told MPs: ‘I attended the Black Lives Matter demonstrations in Nottingham East and the protest and vigils at Scotland Yard and Parliament on Sunday and yesterday. We took to the streets because people are angry, we’re hurting, we’re sick of male violence.

‘We are sick of male violence whether it is at the hands of the state, our partners, our family members or strangers. And we march because some people don’t survive male violence.’ 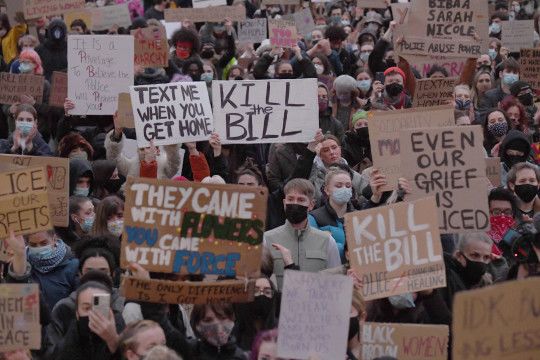 The Bill’s proposed plans for protests has caused backlash

The Home Office previously argued the the Bill was needed to act against ‘highly disruptive tactics used by some protesters’, noting that Extinction Rebellion’s April uprising demonstrations cost the Met Police more than £16 million.

Tory MPs argued the the wide-ranging Bill was necessary, as it includes plans to bring in tougher sentences for child killers and those who cause death on the roads and longer jail terms for serious violent and sexual offenders.

It would also expand child sex abuse laws to ban religious leaders and sports coaches from having sex with 16 and 17-year-olds in their care.