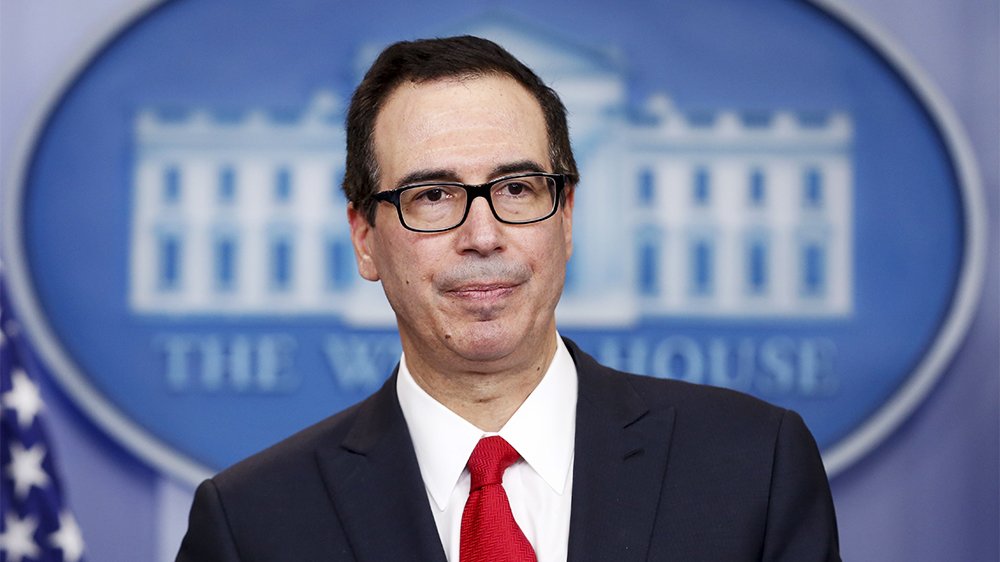 Mnuchin, after the briefing, was slated to head over to Capitol Hill to pitch the Trump administration's $850 billion stimulus package to Republican senators at their weekly policy lunch. That package includes $58 billion for the airline industry, along with a roughly $500 billion payroll tax cut and $250 billion in Small Business Administration loans.

“The airline industry will be in good shape," Trump added as reporters pushed Mnuchin on specifics in the administration's proposal.

Discussing the Trump administration's stimulus package more broadly, Mnuchin said that he planned to shepherd the president's plan along in Congress much as he served as the point person negotiating a smaller coronavirus package with House Speaker Nancy Pelosi that passed the House of Representatives early Saturday morning.

"We look forward to having bipartisan support -- we're now working with the Senate -- to pass this legislation very quickly. And these will be payments to small businesses," Mnuchin said. "We've talked about loan guarantees to critical industries such as airlines and hotels, and we've also talked about a stimulus package to the American worker. You can think of this as something like business interruption payments for the American workers."

Mnuchin also discussed other measures the Trump administration is taking to reduce the economic sting out of the quasi-shutdown of the American economy as local, state and federal governments work to contain the spread of the virus that was declared a pandemic last week by the World Health Organization.

The treasury secretary said Trump favors a payroll tax holiday but that the administration is looking at sending checks to Americans "immediately" to help cover coronavirus-related expenses. Sen. Mitt Romney, R-Utah, and Rep. Tulsi Gabbard, D-Hawaii, have each made similar proposals in Congress in recent days.

Mnuchin, in an interview with Chris Wallace on "Fox News Sunday," pitched "a big stimulus program because we need to help American workers now." But he made clear that he and the president are not asking for a bailout.

"If you're providing liquidity to good businesses that just need liquidity for 3 to 6 months," he said, "that's not a bailout."
Add Comment