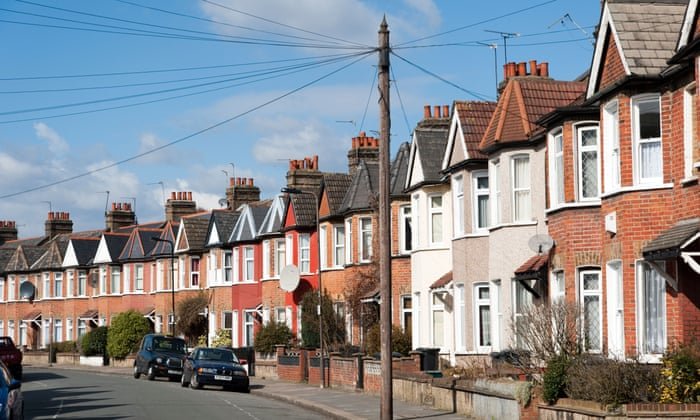 Millions in UK having to choose between paying rent and eating, poll suggests

Renters’ unions are calling on the government to suspend rents for the duration of the coronavirus crisis, as research suggests millions are having to choose between paying landlords and putting food on the table, or have already been forced to leave their homes.
Polling conducted last weekend, after rent payments came due for many renters for the first time since the coronavirus shutdown began to affect incomes across the country, showed many renters were either already in or on the brink of crisis, with one in six forced to seek extra financial help to stay afloat.

About one in five UK households – 4.5 million families – live in private rented accommodation, with a similar amount in social housing, according to the most recent figures.

According to research carried out for the Guardian by Opinium, six in 10 renters said they had suffered financially as a result of the UK-wide shutdown that began three weeks ago. Of those, one in five had been forced to choose between food and bills or paying rent, and one in four said they had already had to voluntarily leave their home, move in with friends or parents, or request an earlier end to their tenancy because of the crisis.

The findings of the survey throw into doubt the efficacy and reach of government measures to support people who rent their homes, with almost half saying they were worried about the stability of their living situation despite increases to housing benefit and a temporary ban on evictions. “With these in force,” the government has promised, “no renter … will be forced out of their home.”

But while homeowners – including buy-to-let landlords – are able to take advantage of government-mandated mortgage holidays, advice for renters tells them they remain liable for their rent throughout the crisis. Kat Wright, national organiser for Acorn, which campaigns for tenants’ rights, said this stored up problems for the future.

“We’re facing a huge surge in evictions once restrictions are lifted, and renters across the UK are already unable to pay their rent,” she said. “Tenants need protection from evictions post-emergency and from rent debt accrued during the crisis.”

Despite the government’s measures, and guidance to landlords asking them to “be compassionate”, tenants who spoke to the Guardian said they had already faced threats of punitive action from their landlords. One self-employed renter, who preferred to remain unnamed, told the Guardian that when he approached his landlord to ask for a deferment of rent, he was served with an eviction notice in reply.

Others who have lost income are being forced into taking whatever work they can in order to continue to pay their rents, often in front line jobs in the gig economy, such as driving taxis or delivering takeaway food, potentially exposing themselves to infection with coronavirus.

“Many renters feel they have no choice but to break social distancing guidelines and go out to work, just so their landlords can continue to profit,” said Amina Gichinga of the London Renters Union. “How are people supposed to pay rent with no income and at least a month’s wait for any government assistance? How are people in low-paid jobs meant to clear hundreds or thousands of pounds of rent arrears in the future?

“During this global pandemic, people should be able to prioritise their safety and paying for food and other essentials. All rent payments need to be suspended and rent arrears need to be waived urgently to keep renters safe from eviction and from debt, and to prevent the further spread of the virus.”

An online petition calling for rents to be suspended has already reached 100,000 signatures, and the LRU wrote to Robert Jenrick, the housing secretary, at the end of March calling him to act on its demands. Opinium’s polling found overwhelming support for a rent suspension, with three in four renters – and even a slight majority of landlords – in support.

A spokesman for Jenrick’s department, the ministry of housing, communities and local government, said: “We understand that the Covid-19 outbreak has left many facing uncertainty and feeling worried. Emergency legislation and the suspension of housing possession action means that no tenant in either a social or private rented home will be forced out.”
Add Comment