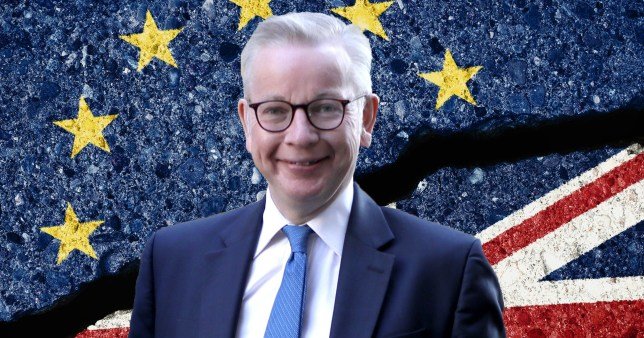 Brexit talks appear to be on the brink of collapse after the UK rejected an EU ultimatum over the Government’s plans to renege on parts of the divorce deal.

Michael Gove said the UK ‘could not and would not’ back down from its stance despite the EU warning it would take legal action if legislation to alter parts of the Withdrawal Agreement was not dropped.

The Government wants to change how the Brexit deal works in Northern Ireland even though a minister admitted that unilaterally altering the agreement would break international law.

European Commission vice-president Maros Sefcovic met with Mr Gove in London yesterday as both sides sought to calm down tensions.

However, the Cabinet Office minister upped the ante after he insisted the UK wasn’t ‘shirking its responsibilities’ by proposing to change the deal.

Asked if he was willing to swear on his job that the Government will not back down, Mr Gove said: ‘Yes. I made it perfectly clear to vice-president Sefcovic that we would not be withdrawing this legislation and he understood that, of course he regretted it.’

The EU demanded the UK drop its proposals ‘in the shortest time possible and in any case by the end of the month’ as it raised the prospect of financial or trade sanctions if it does not.

The bloc appealed to Boris Johnson to ‘re-establish trust’ after talks between the two sides deteriorated.


An EU statement said Mr Gove was warned ‘the Withdrawal Agreement contains a number of mechanisms and legal remedies to address violations of the legal obligations contained in the text – which the European Union will not be shy in using’.

It went on: ‘The EU does not accept the argument that the aim of the draft bill is to protect the Good Friday (Belfast) agreement. In fact, it is of the view that it does the opposite.

‘By putting forward this bill, the UK has seriously damaged trust between the EU and the UK. It is now up to the UK government to re-establish that trust.’

The UK is proposing to change parts of the Brexit deal

In a further sign trade talks were on the verge of breaking down, Germany’s ambassador to the UK, Andreas Michaelis, tweeted: ‘In more than 30 years as a diplomat I have not experienced such a fast, intentional and profound deterioration of a negotiation. If you believe in partnership between the UK and the EU like I do then don’t accept it.’

But Mr Gove said the UK was ‘absolutely serious about implementing the Northern Ireland protocol’ and he stressed ‘the importance of making progress’ in talks to ensure the legislation was not needed.

Number 10 said the UK was facing ‘difficult and highly exceptional circumstances’ as it sought to ‘ensure the integrity of the UK internal market’ and protect the peace process in Northern Ireland.

The agreement as it stands sees Northern Ireland follow some of the EU’s customs rules while the rest of the UK does not.

The new bill would give the UK the power to ‘disapply’ some of the rules on state aid, tariffs and the paperwork faced by businesses.