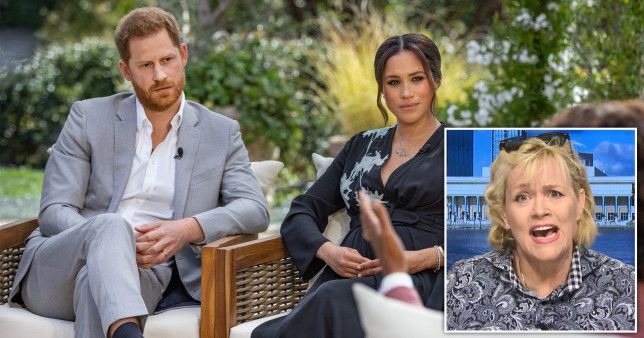 Meghan Markle’s estranged half-sister has claimed the Duke and Duchess of Sussex are heading for divorce.

Samantha Markle, 56, told American tabloid TMZ that Prince Harry and Meghan will need ‘extensive counselling’ to save their marriage of almost three years.

Her comments come despite Meghan revealing in her bombshell interview that the sisters barely know each other and haven’t met in 10 years.

She suggested the Duke may already be ‘questioning’ the marriage and predicted it could ‘get nasty’ if he ‘starts dissenting or pulling back from her’.

‘I see it ending in divorce unless they get extensive counselling and can agree to work on being honest, to work on apologies to everyone that they’ve damaged in the course of this bull in a china shop two-year spiel,’ she said.

She added: ‘The damage to the Royals has been massive – especially now.’

When asked about Harry, Samantha said: ‘What man would be happy or comfortable like that? And the minute I believe he starts dissenting or pulling back from her, I think it can get nasty unless he has a really good lawyer or they have really good counsellors. 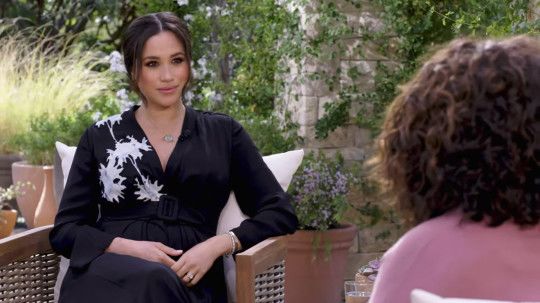 ‘I think it would be very hard to “tell all” when you don’t know me,’ she told Oprah Winfrey.

‘This is a very different situation to with my dad. Betrayal comes from someone you have a relationship with.

‘I grew up as an only child, I wished I had siblings, I would be so excited to have siblings.

‘She changed her last name back to Markle in her early 50s, only when I started dating Harry, so I think that says enough.’

She also briefly spoke about her relationship with her dad, Thomas Markle. 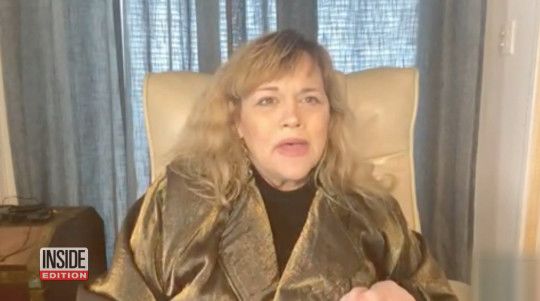 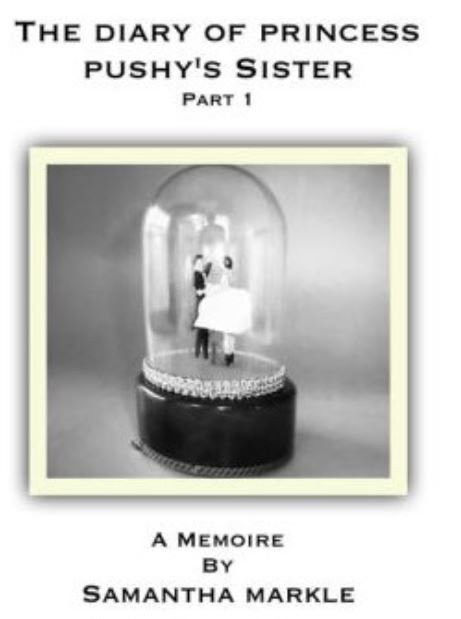 Samantha also called on the Sussexes to go on an ‘apology tour’ after they made a number of shocking claims about the Royal Family and Meghan’s own family.

In the interview, Meghan revealed she had suicidal thoughts as she struggled with royal life.

She also alleged an unnamed member of the royal family raised ‘concerns and conversations’ about how dark her son Archie’s skin might be before he was born.

Last week Samantha called her half-sister ‘delusional’ and claimed she may have ‘narcissistic personality disorder’.

When asked what would need to happen for Meghan and her dad to ‘restore their relationship’, Samantha said: ‘She would have to apologise – a public apology, god, I know would be like getting blood from a rock but she did a lot of public damage.

‘Really, I mean I really feel like this thing was all orchestrated that she needs to unravel the damage.

‘She did a lot of damage to a man who gave her an incredible life – so hurtful, so wrong.

‘She would need to make the first move and, I mean, you know, parents are always unconditionally loving but god, she really hurt him.’

Metro.co.uk has contacted representatives for the Sussexes for comment.