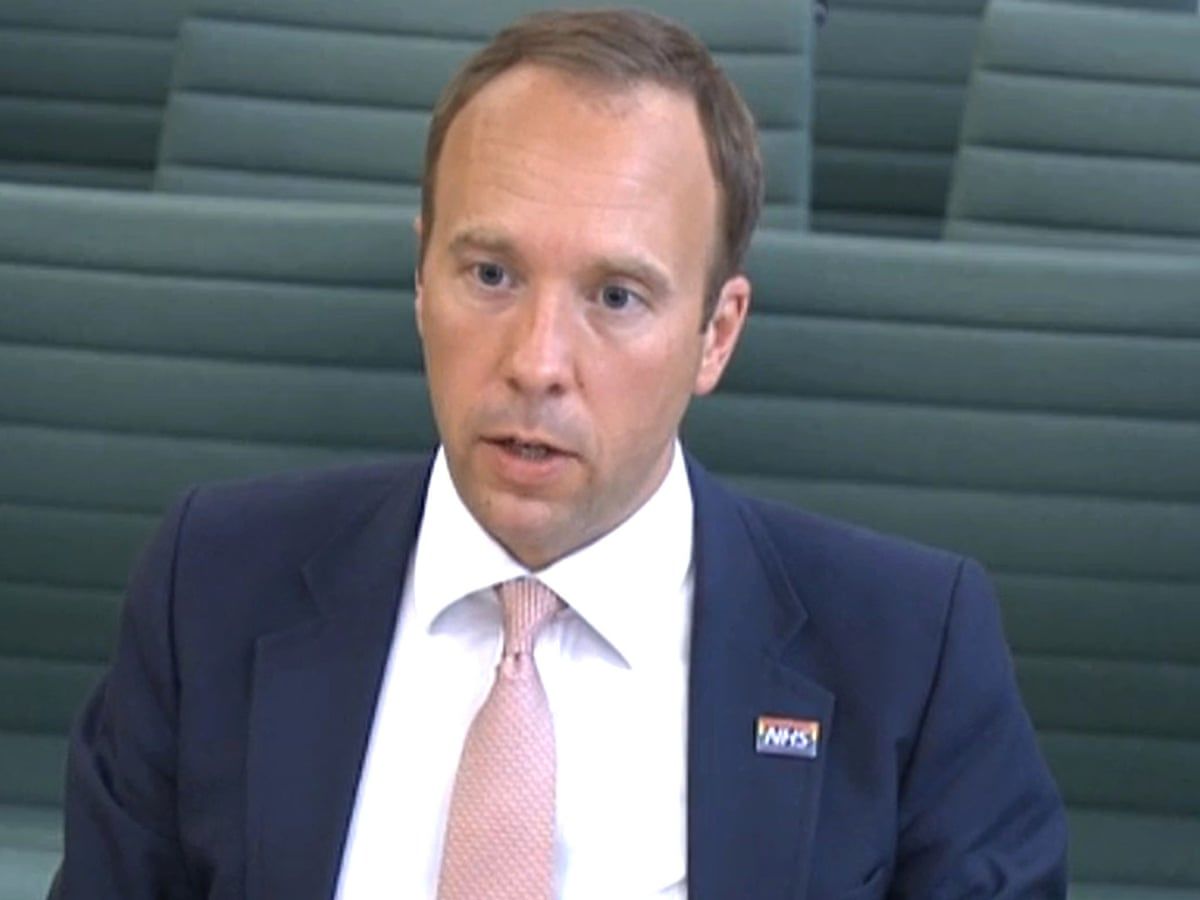 Matt Hancock has promised to reveal internal advice that is alleged to have required testing for people discharged from hospitals into care homes at the start of the Covid pandemic, amid claims the guidance was weakened following pressure from his department.

The claims go to the core of a decision that meant thousands of people were discharged without Covid tests from hospitals into care homes in March and April 2020.

Giving evidence to MPs investigating the government’s Covid response, the health secretary denied knowledge of the advice that a whistleblower said was produced by two senior officials at Public Health England in March 2020, according to a report in the Byline Times. However, he said he would provide whatever they produced.

The practice of discharging without testing was driven by a need to free up hospital beds, but it seeded outbreaks in care homes where thousands died in the first peak of the pandemic. Testing only became mandatory in mid-April, but care operators have said they told Hancock and his officials several weeks earlier that testing was needed to stop outbreaks spreading from hospitals.

Public Health England (PHE) declined to comment on the claim. A spokesperson for Department of Health described it as “categorically untrue”.

“Our primary duty has been to save lives and our approach has been guided by the latest scientific evidence,” they said. “We have been committed to transparency throughout this pandemic, including working closely with Public Health England to ensure scientific advice and data is published honestly, openly, safely and in a timely manner.”

Hancock has previously claimed that the government put a “protective ring” around care homes, but he told the joint hearing of the health and social care and the science and technology select committees: “I think the most important words in the sentence are: ‘We tried to.’ It was very hard.”

He said that the decision to empty hospital beds amid rising cases was not made “to favour the NHS” and recalled seeing a TV news report from Spain early in the pandemic in which a care home had been abandoned and all of the residents had died.

However, he played down the effect of hospital discharges. He claimed that a study by PHE, which showed that only 1.6% of outbreaks in the first wave were caused by people discharged from hospitals, suggested that community transmission was a far bigger cause of infection in care homes.

However, the true number is likely to be significantly higher, as so little testing was available. Greg Clark, the chair of the science and technology committee, suggested it was therefore “completely impossible” for Hancock to make the claim. The health secretary stood by the figure but conceded it was based on “imperfect information”.

Hancock told the committee that “each and every death in a care home weighs heavily on me and always will” and he denied the explosive claim last month by the former No 10 adviser Dominic Cummings that he had misled the prime minister in March by telling him people discharged into care homes were being tested.

“We set out a policy that people would be tested when tests were available and then I set about building the testing capacity to be able to deliver on that,” Hancock said.

He said he did not recall Boris Johnson being angry about what had happened in care homes in April after he had been in hospital with Covid, as Cummings has claimed.

He said: “The clinical advice was that a test on somebody who didn’t have any symptoms could easily return a false negative and therefore give false assurance … Clinicians were worried that because it took four days to turn a test around that if you leave somebody in hospital those four days, they might catch Covid and therefore go back to a care home with a negative test result but having caught it.”

That appeared to be supported by Dr David Oliver, a consultant in geriatrics and acute general medicine, who wrote on Wednesday in the British Medical Journal that concerns raised by social care leaders about discharges were overridden as much by clinicians and NHS managers as by politicians.

Oliver said: “Keeping lots of care home residents in scarce beds, waiting for tests we had insufficient access to, with a high first false-negative rate and no clear understanding of how long people remained infectious, could have posed other risks to these residents and to other patients in need.”