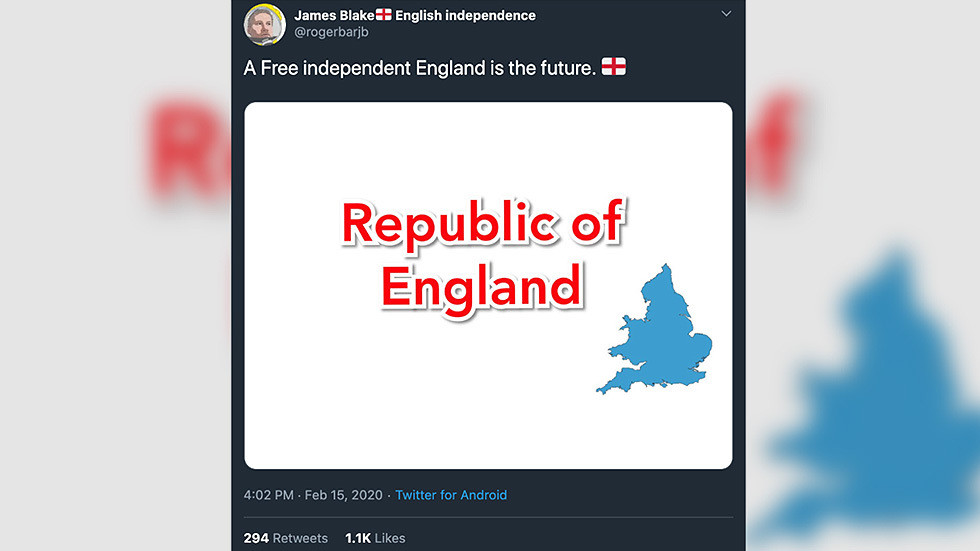 For those who thought Brexit would be the end of it, there is some bad news; one man has now launched an “Independent England” campaign, only to see it fall at the first hurdle due to a Wales-sized error.

Blurring the lines between self-righteous nationalism and self-parody, James Blake apparently wants England to go one step beyond Brexit and become independent from the rest of the UK.

He doesn’t state how he intends to achieve this aspiration, merely that, in his estimation, it is indeed the future. However, his DIY campaign material also included Wales and, needless to say, geography enthusiasts everywhere were on hand to immediately deride Blake into online oblivion.

Why have you included Wales? 😡

Incredulous at his lack of geographical knowledge, some even went so far as to show him what his fictional ‘Republic of England’ would really look like.

You have the support of the people of Scotland. https://t.co/I94hdAckjC

Meanwhile, independence-seeking Scots were quick to offer the upstart their full endorsement. "Anything we Scots can do to help just ask. We'd be more than happy to help in any way we can," one commenter quipped.

Yep you're right!
And the sooner the better!
Anything we Scots can do to help just ask we'd be more than happy to help in any way we can#FreeEngland

The UK is apparently a dictatorship and Blake has no desire for his free and independent Kingdom of England & Wales to be ruled from Westminster.

The revolutionary had previously advocated for an Independent Kingdom of England & Wales, though it is unclear who would actually call the shots.