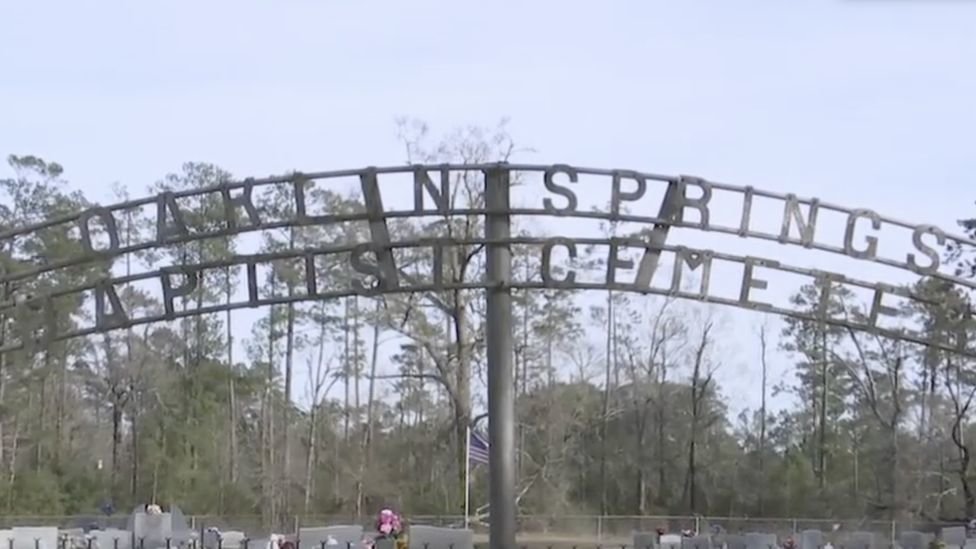 Louisiana cemetery 'sorry' after denying officer burial 'because he is black'

A Louisiana cemetery has apologised after refusing to bury a local black police officer because of a decades-old provision allowing only white people.

The Oaklin Springs Cemetery board met on Thursday to change its sales contract after an outcry over the "white human beings" rule.

Officer Darrell Semien's widow called it a "slap in the face" to be denied a plot "because he's black".

The board president said they had been unaware of the "horrible" policy.

Mr Semien, 55, was a local sheriff's deputy living in Oberlin, a town located 200 miles (320km) west of New Orleans. He died of cancer on Sunday.

When his widow Karla Semien and their children tried to purchase a plot at Oaklin Springs, a staff member told them it was a "whites only" graveyard.

"She even had paperwork on a clipboard showing me that only white human beings can be buried there," Mrs Semien wrote in Facebook post on Tuesday, adding that it was hard to believe this was happening in 2021. 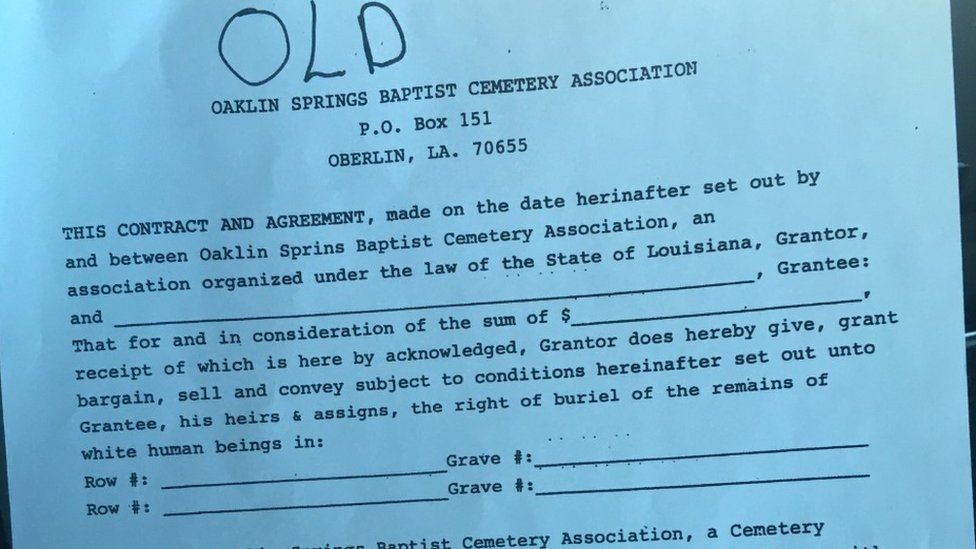 "It was just so much a slap in the face, a punch in the gut," Mrs Semien told CBS News. "It was just belittling him. You know, that we can't bury him because he's black."

Cemetery board president H Creig Vizena called the old policy "horrible" and "stupid", telling US media on Thursday that none of the board members had noticed the provision before.

He advised other southern cemeteries to check their bylaws to see if they have similar racist regulations.

The cemetery worker who had denied the plot was Mr Vizena's 81-year-old aunt, who has been "relieved of her duties," he told the Atlanta Journal-Constitution.

The incident comes over 50 years since the passage of the US Civil Rights Act.

Mr Semiens had served in the local police force for 15 years, according to his obituary. He was also a foster parent, raising 72 children over the last 16 years. 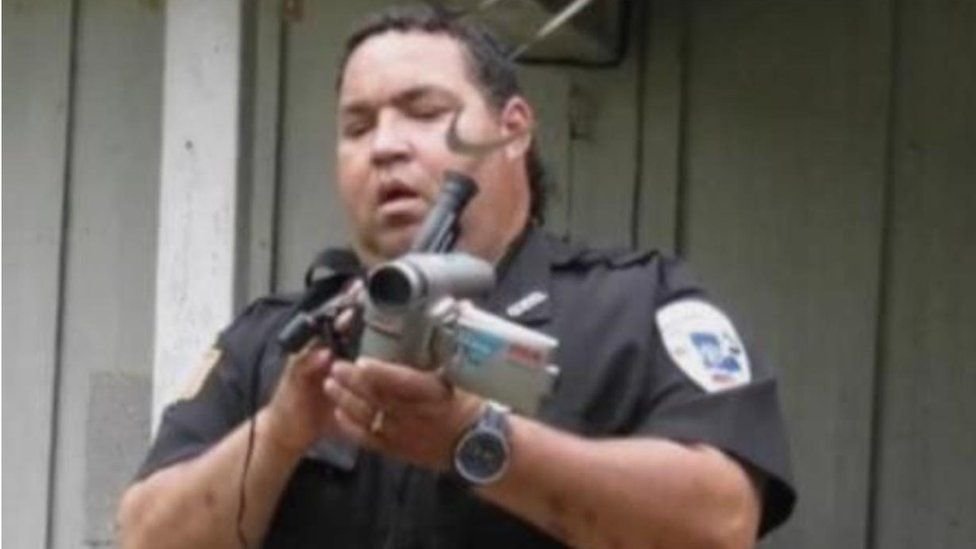 The family has rejected Mr Vizena's offer for one of his personal plots at the two-acre cemetery, saying they would rather that he rest elsewhere, further from their home.

They said that when calling other possible burial sites for Mr Semien, the first question they now felt forced to ask was: "Are black people allowed to be buried in your cemetery?"